"Ladies and gentlemen, India is a land of immense opportunity. 50 of our cities are ready to set up metro rails. We have to build 50 million houses. The requirements of roads, rails and waterways are immense. There is no time for incremental change. We want a quantum jump. We have also decided to this in a cleaner and greener way.

That is why we have made a commitment to the world community at the recent Climate Change meeting in Paris. Hence we are going for renewable energy in a big way: 175 giga watts. I lay great stress on zero defect and zero effect.

India is blessed with three Ds: Democracy, Demography and Demand. To these we have added the fourth D: Deregulation (huge applause).

Today's India is four dimensional India. Our judiciary is independent and time-tested. You will not find all these things in any other country in the world. With this strength India offers you a solid platform to test and launch your making and designing capabilities."

Prime Minister Narendra Modi who envisioned Make In India last September was at his eloquent best as he espoused Mahatma Gandhi, Dr Bhimrao Ambedkar while making a fervent plea to global businesses to come and Make In India.

Prasanna D Zore/Rediff.com was all ears as the prime minister delivered his address to a packed house at the National Sports Club of India, Worli, Mumbai, that ended, for this correspondent, on a jarring note!

The other point that was sorely missed by the prime minister in his 30-minute address was any mention of Goods and Services Tax bill, so crucial to those investors who will be looking forward to Make In India, even as he mentioned passage of Bankruptcy Law and strengthening of Intellectual Property Rights. 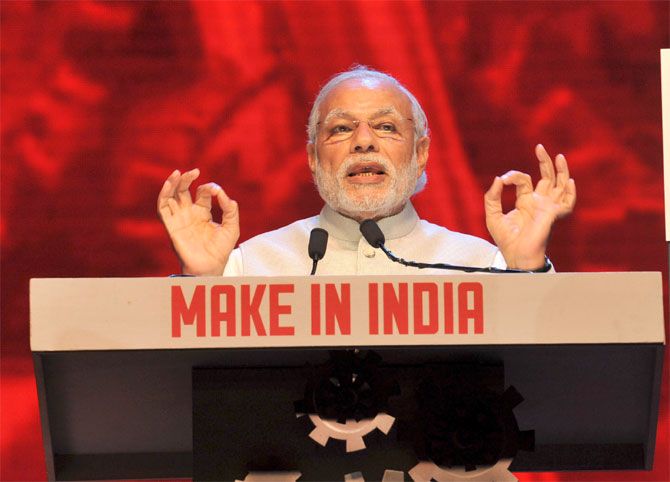 When I look back at the launch of Make In India last year I also recall the aspiration of India's youth. 65 per cent of our population is under 35. This youthful energy is our greatest strength. We launched Make In India to create employment and self-employment opportunities for our youth.

We are working aggressively towards making India a global manufacturing hub. We want our share of manufacturing to go up to 25 per cent of our GDP (gross domestic product) in the near future.

We are also aware that under the pressure of this campaign the government will be clearly required to make number of corrections on the policy front. We are committed to make India an easy place to do business. We want to offer the world an enormous opportunity to manufacture in India and make India the best place in manufacturing, design and research and development.

This event will showcase different aspects of progress we have made. This is the biggest multi-sectoral event ever held in India. I encourage all of you to see for yourself the direction that India is taking.

In just one year we have created Make In India the biggest brand India has ever created within and outside India. We have captured the imagination of the people, institutions, industry, media and global political leadership. This reflects our collective desire to make quality goods at lower costs. This forces us to make corrections and increase efficiencies.

Let me give you some concrete examples of what we have done:

India today is perhaps the most open country in FDI (foreign direct investment); FDI in most of the sectors have been put on automatic (approval) route. Our FDI flows have increased by 48 per cent since the day our government came into office. In fact, the FDI inflows in December 2015 has been the highest ever in this country. This is at a time when global FDI has fallen substantially.

We have carried out a number of corrections on the taxation front. We have said that we will not resort to retrospective taxation and I repeat that commitment once again. We are also swiftly working towards making our tax regime transparent, stable and predictable. We have laid all round emphasis on ease of doing business.

In the manufacturing sector we have taken decisive steps to simplify processes and rationalise provisions. It includes licensing, cross border trade, security and environmental clearances.

We have made substantial policy corrections in the defence sectors. From licensing to auctioning to export relief we have given the defence industry what it was looking for.

Smooth and transparent allocation of national resources is another example. This led to two advantages. One, it led to an increase in production of these resources. On the other hand, the transparent regime that we have established has led to a level playing field for all the players and stakeholders.

This year we will record the highest ever coal production. Also, 2015 was an year when we produced highest ever electricity.

On the issue of safety of property and rights we have already enacted laws for fast-tracking of arbitration proceedings.

We are commissioning dedicated commercial courts and commercial divisions in high courts. The formation of company law tribunal is in the final stage. We will soon be putting in place a effective IPR (Intellectual Property Rights) policy regime. We hope to pass Bankruptcy Law which has been tabled in Parliament.

On the policy and procedure front we have made our system cleaner, simpler, proactive and business-friendly. I believe in minimum government and maximum governance. Therefore on a daily basis we are trying to remove bottlenecks that were affecting investments and growth.

It is now good to see that changes and corrections are being made not only at the central level but also at the state levels. States are now in healthy competition in removing bottlenecks for businesses and encouraging ease of doing business and infrastructural linkages.

Because of these initiatives India has become the fastest growing large economy in the world. This fiscal year we will grow well over 7 per cent in GDP. IMF (The International Monetary Fund), World Bank, OECD (The Organisation for Economic Coperation and Development) and ADB (Asian Development Bank) have projected even better growth in the coming years. In 2014-15 India contributed 12.5 per cent of global growth.

Let me mention some other indicators.

India has been ranked as the most attractive investment destination by several global agencies.

We have jumped 12 ranks in the latest global ranking by the World Bank list in ease of doing business.

In the list of attractiveness as an investment destination India's rank has jumped from 15 to 9.

The momentum of Make In India campaign has given us confidence. It motivates us to make easier and friendlier policies.

With this I invite and encourage you to Make in India your workplace and also your home.

With strong fiscal discipline we are trying to plug leakages and provide more resources for infrastructure spending. We have also set up the National Investment and Infrastructure Fund. We have come up with the mechanism of tax-free infrastructure bonds for projects in roads, railways and irrigation.

Ladies and gentlemen, India is a land of immense opportunity. 50 of our cities are ready to set up metro rails. We have to build 50 million houses. The requirements of roads, rails and waterways are immense. There is no time for incremental change. We want a quantum jump. We have also decided to this in a cleaner and greener way.

That is why we have made a commitment to the world community at the recent Climate Change meeting in Paris. Hence we are going for renewable energy in a big way: 175 giga watts. I lay great stress on zero defect and zero effect.

India is blessed with three Ds: Democracy, Demography and Demand. To these we have added the fourth D: Deregulation (huge applause).

Today's India is four dimensional India. Our judiciary is independent and time-tested. You will not find all these things in any other country in the world. With this strength India offers you a solid platform to test and launch your making and designing capabilities.

In addition, our maritime location makes it easy to market products in several other continents.

Campaigns like Digital Indian and Skill India have been designed to prepare people to take part in the Make In India campaign.

We have started financing schemes to promote entrepreneurship among Indian youth. We have been giving loans to Mudra (Bank) without any collateral. I have also impressed upon the banks to particularly finance the young entrepreneurs belonging to the Scheduled Caste and Scehduled Tribes. Only this will realise the dream of Mahatma Gandhi who wanted industries to be run in villages and cottages.

This will also realise the dreams of Dr Bhimrao Ambedkar who advocated the need to move surplus labour from agriculture to other occupations. We are soon going to further strengthen this process under the brand of Stand Up India.

Because of these initiatives today our domestic industries and investors are feeling more confident in spite of an uncertain global environment.

When we started the Make In India campaign our manufacturing growth in the country was only 1.7 per cent. This year we have improved substantially. In the current quarter manufacturing growth is expected to be around 12.6 per cent. The composite PMI output index is at an 11-month high of 53.3 per cent in January 2016. The total number of investment proposals in the last eight months was higher by 27 per cent. We have recorded the highest ever production of motor vehicles in 2015. 50 new mobile manufacturing factories were set up in the country in the last 10 months. Electronic manufacturing has grown six-fold to 80 million.

As per estimates of certain agencies the Indian job market is on a strong footing. To give you an example, the Monster Employment Index stood at 229 in January 2016 up by 52 per cent over January 2015.

In 2015 our ports handled the highest cargo. These are all good signs. I would like to give you all some friendly advice: Do not wait; do not relent. There are immense opportunities in India. You should take advantage of renewed global interest to work in India. I assure you that if you take one step we will walk two steps for you. I would want Indian youth to become job creators and not job seekers.

Finally, my advice to you all is this: This century is Asia's century. Make India to be your centre if you want this century to be your century. I invite all of you here, and to those who are not sitting here, to be a part of India's unfolding story. This is the best time ever to be in India and better time to Make In India. Thank you very much; Thanks a lot!

(Prime Minister Narendra Modi's concluded his speech with just a 'thank you' in sharp contrast to Maharashtra Chief Minister Devendra Fadnavis's 'Jai Hind, Jai Maharashtra, Jai Bharat'. A 'Jai Hind' from the prime minister would have been far, far inspiring!).

PS: The Make In India symbol says it all... The days of the ambling elephant (read, the Congress) are now history. India is now a roaring Lion (read, Modi). 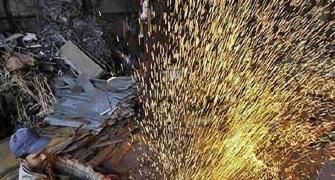 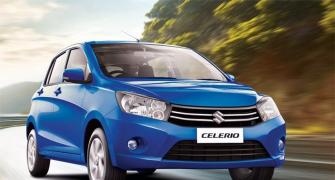 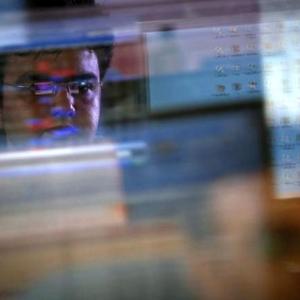