The markets are in meltdown.
Time then to turn to the Master Investor for advice and guidance.
Yefei Lu explains how Warren Buffet's investment strategy includes everything from how to look at risk versus reward to how to think about portfolio concentration. IMAGE: Invest with care to enjoy the rewards, just like Warren Buffett is enjoying this ice cream. Photograph: Rick Wilking/Reuters

Over the years, Warren Buffett has discussed almost every topic related to investing, either through one of his letters to shareholders or in an interview or article.

Drawing from these discussions, one could assemble a laundry list of investment advice that includes anything from how to look at risk versus reward to how to think about portfolio concentration. 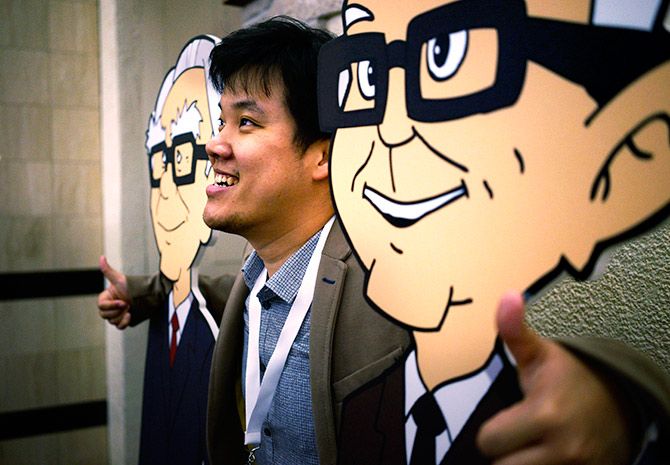 IMAGE: 'One fact that stood out when analysing Buffett's investments was the quality of information he had on the companies in which he invested. Photograph: Rick Wilking/Reuters

A. Quality of information

Most value investors who have followed Buffett know that he believed in conducting fundamental research and investing in a concentrated fashion once this research was done.

Investing, according to Buffett, should be like having a punch card with only 20 holes, each representing one investment that an investor could make over his whole lifetime.

Generally less understood, however, is what good research meant to Buffett and why it made sense for him to be concentrated rather than diversified in his investments.

One fact that stood out to me when analysing Buffett's investments was the quality of information he had on the companies in which he invested.

So while it is certainly true that Buffett was diligent in learning about all aspects of a business, Buffett focused especially on investment cases that could be bolstered by concrete objective data points.

This information did not always come from annual reports, but industry data as well.

Buffett gravitated toward industries where the level of objective data available was high -- further supporting the lesson that access to high-quality information is crucial for successful investing.

Without high-quality information to support one's qualitative insights, the best path is probably just not to invest.

A likely result of this is Buffett's strategy of revisiting certain industries again and again.

I would argue that Buffett increasingly focused his investments in a select few industries because this helped him hone and understand what high-quality information meant and how to deploy this knowledge repeatedly.

By having great objective information, Buffett could confidently make the big bets that defined his concentrated approach to investing. 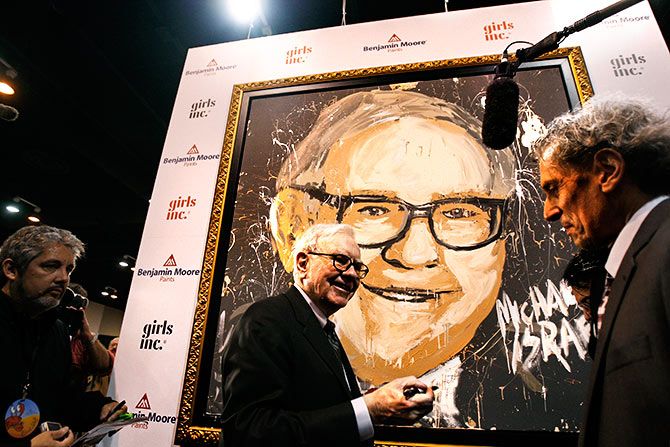 B. Consistency of earnings growth

Most investors who have followed Buffett associate him with investments in 'high-quality' businesses, where high-quality denotes a company with an enduring brand name (like Coca-Cola or American Express) or one that's a 'compounder' with high returns of capital.

While both of these criteria were part of Buffett's consideration, what I want to highlight, and what I believe is even more important, is the consistency of performance, specifically of revenue and earnings.

Most value investors look for businesses with 'moats' -- durable competitive advantages. For many, this means time spent actively searching for network effects, switching costs, scale benefits and other such qualitative signs of advantages.

On the quantitative side is detailed analysis of current earnings and returns.

The preferred metric, which is also roughly what Buffett looked at, is cash earnings after considering maintenance (CAPEX for maintenance).

While all of these factors are relevant and worthy of scrutiny, the lesson gleaned from analysing Buffett's investments is that all of them are secondary to being able to make a dependable prediction of the future prospects of a company.

The majority of the investments were in companies that had extremely consistent revenue and earnings growth in the years preceding Buffett's investment.

Many of these companies had grown revenues or earnings nine out of the previous 10 years -- remarkable given that few companies perform at this level.

Buffett clearly valued consistent historical financials and good data, and used this to understand the qualitative reasons for a business's consistent growth (in revenue or earnings) and the rationale that such performance would continue. 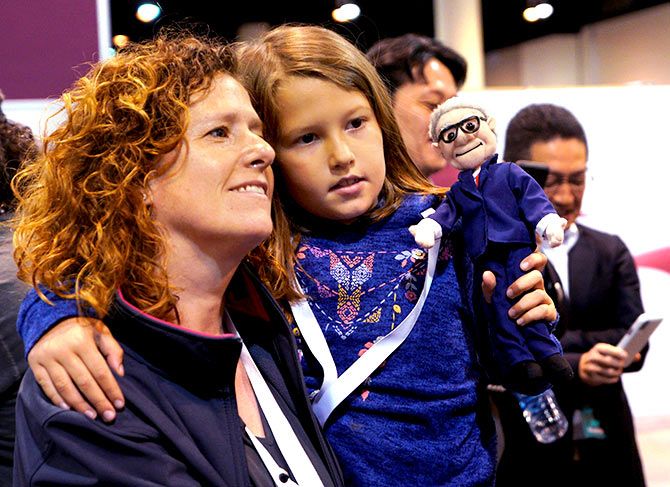 IMAGE: Investors should not force one investment style upon the market. Photograph: Rick Wilking/Reuters

In today's world of investing, many investors define their investment strategy by one approach, such as 'value' or 'growth' or 'event driven'.

Buffett transcended such types; he did not invest only in cheap net-nets or only quality businesses or only preferred shares. Instead, he matched his investment strategy to market conditions and his personal investment setup.

One can take a closer look at how Buffett did this.

In his 1961 year-end partnership letter, Buffett details three types of investments that are at the core of his partnership's investment strategy.

The first category was 'generals': Securities he considered significantly undervalued compared to their intrinsic value.

This included most of what one would consider typical value investments -- long only investments in companies that are cheap compared to asset values or earnings.

There is not a definite timeline for when this undervaluation would be corrected, says Buffett, but over time he expected that on the whole these investments would appreciate.

As a result, an investor gets a lot of value for the price paid.

However, given their undervaluation, he expected them to have a significant margin of safety; when markets declined, these would decline relatively less than the market.

The second category of investments discussed was 'workouts'.

These were companies where the financial returns depended on corporate actions -- mergers, liquidations, reorganisations, spin-offs and so forth.

According to Buffett, this category of investments should be much less dependent on the market and he expected a fairly steady average return between 10 and 20 per cent.

As such, this category of investments should significantly outperform a declining market but likely will not match strongly advancing markets.

Moreover, these investments (unlike general undervalued events) usually resolve at a determinable timeline, in line with the corporate actions.

The third category of investments that Buffett mentioned were situations in which the partnership can either directly control a company or own a large enough stake to actively influence operations.

While these situations might result from one of the previous two categories of investments, Buffett's focus here is on influencing a company to unlock hidden value in assets, working capital, or (later in his career) operational improvements.

He called these 'control situations'.

His overall goal was to use a combination of all three investment types to outperform the market in the long term.

His hope, he said, was to incur smaller losses than the market in significantly declining markets, while only matching or slightly underperforming markets that are rapidly advancing.

Buffett referred to building a pipeline of opportunities; the best investment type changes depending on market conditions, and the investor must recognise and respond to this flux in order to identify the most promising opportunities.

While flexible in the investment types he considered, Buffett remained adamant about his hurdles.

When no great public companies could be had for a reasonable price, he invested in more merger arbitrage deals; when those dried up, he looked at private companies.

In 1968, when he could not find opportunities in any of those categories, he disbursed his partnership rather than compromise on his investment criteria.

If his investment requirement was to have a 50 percent margin of safety to intrinsic value for undervalued general investments, then he did not budge until he found such an opportunity.

If it meant that he had to have absolute trust in the management's ability to allocate capital wisely, he did not bend on this.

The lesson here is that investors should not force one investment style upon the market. Instead, they should develop expertise in several types of investments that suit different investment environments and take advantage of the opportunities that present themselves.

When opportunities seem to be drying up, do not compensate by loosening one’s investment criteria. 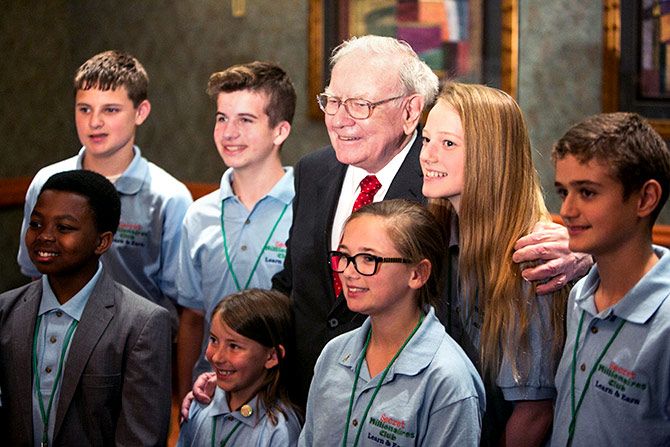 D. It's all about management

One aspect of Warren Buffett's approach has remained a constant through the years: His paramount focus on good management.

Buffett spent a huge amount of time understanding and evaluating a company's management. And when he owns a company, he devotes considerable time to overseeing and supporting management as needed.

Even when considered among investors who assess management as part of their investment process, Buffett goes far beyond what I think is the norm.

In assessing management, one criterion Buffett clearly looks for is a history of operational success.

Buffett preferred owner managers because they had the same interests as he would have had if he owned the business.

Buffett had several other criteria for managers.

He believed that a manager should have the utmost integrity, otherwise they may hurt investors far more by being smart than by being dumb.

He also valued managers with the ability to allocate capital wisely, although he was also willing to teach a manager the conservative approach he espoused rather than insist that they be masters of this approach to begin with.

He spent an immense amount of time getting to know, evaluating, and guiding managers, searching for honest people with proven track records of success and who cared deeply about the businesses that they led.

Excerpted from Inside The Investments Of Warren Buffet by Yefei Lu, with the kind permission of the publishers, HarperCollins India. 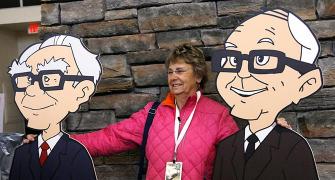 10 lessons you can learn from Buffett's success 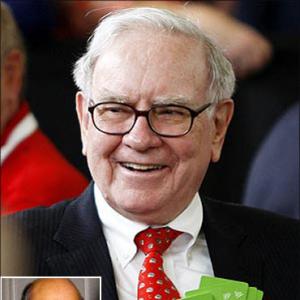 'Making money is a fun game to Warren Buffett' 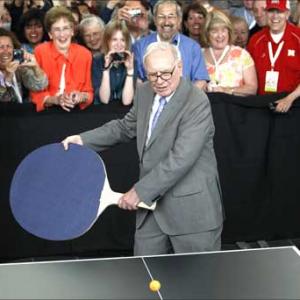 Warren Buffett wants to work past 100!