News
Business
Movies
Sports
Cricket
Get Ahead
Money Tips
Shopping
Sign in  |  Create a Rediffmail account
Rediff.com  » Business » Insolvency and Bankruptcy Code gets off to a slow start 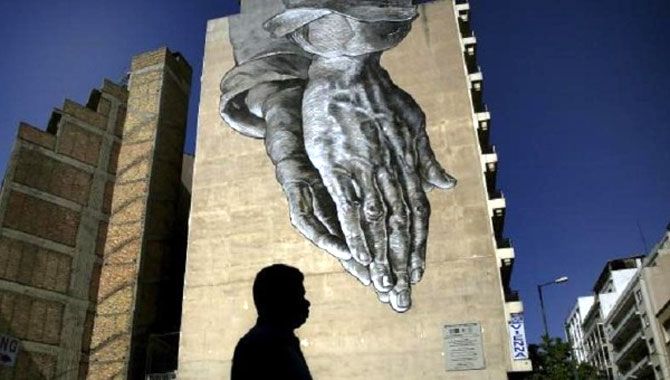 Only 1.9 per cent of the cases admitted under the Insolvency and Bankruptcy Code (IBC) were resolved by the end of December 2017 - a year after the code was put in place.

In another 5.6 per cent of the cases admitted, companies are undergoing liquidation.

In this set of resolved cases, banks and other financial creditors are expected to recover Rs 1,855 crore against unpaid dues worth Rs 5,524 crore in the coming years (a recovery rate of 33.6 per cent).

These resolved cases do not include the 37 large debtors that the banks took through the insolvency process upon instructions from the Reserve Bank of India (RBI).

The 37 had defaulted on loans of Rs 4 trillion.

Based on analysts’ estimates, banks are likely to recover only Rs 1.7 trillion or 43.1 per cent of the principal.

However, the actual recovery rates are likely to be lower because the principal does not include interest, penal interest and other charges that banks have levied.

It also does not include claims made by operational creditors.

Nor does it take into consideration the fact that in some cases banks will recover this money over several years.

Insolvents and the applicants Launched on December 1, 2016, the IBC was designed to assist creditors to recover their dues in a timely and efficient manner.

It was also meant to provide failing companies a quick exit route.

The data till the end of December 2017 shows 4,738 applications were filed for resolution. But only half of these were fresh cases.

The rest were old cases that were undergoing bankruptcy proceedings under other insolvency regimes which have now been subsumed in the IBC.

Of these 4,738 cases, 2,750 cases were disposed of either because parties had settled their differences outside the process or because the tribunals had not found sufficient grounds to admit the petition.

Of the remaining 1,988 cases, only 540 cases were admitted for resolution at the end of December 2017, and the rest remained pending.

Of the 540, roughly 7.5 per cent have been either resolved or are undergoing liquidation.

In 10 cases there were willing buyers, while in another 30 cases the liquidation process was ordered.

The complete data for January to May 2018 is yet to be released by the IBC.

But it is known that another 275 companies entered the resolution process by May 2018, while another 75 companies are ndergoing liquidation.

The time-bound process of the IBC, with an outer limit of 270 days to settle all cases, was meant to be a threat that banks could deploy against debtors to collect their dues.

However, the data shows that of the 540 cases that were admitted for resolution by December 2017, just above a third were filed by financial creditors (banks and other financing institutions).

The reluctance of banks to push all their cases of bad debts through the IBC process for resolution is also observed in trends across quarters and confirmed by officials of the Insolvency and Bankruptcy Board of India (IBBI).

For instance, in the first seven months since the code was put in place, only 41 cases of the 166 admitted for resolution (24.6 per cent) were initiated by banks and other financial creditors.

Realising that banks were dragging their feet, in June 2017, the RBI directed banks to take 12 large corporate debtors through the insolvency process.

The RBI followed this up by another list of 28 debtors.

A double-edged effect of this directive is visible in the numbers.

The number of cases filed by financial creditors rose from 41 cases in the first seven months to 97 cases in the next three months.

But experts contend that this push, while leading to a quicker resolution of a few big cases involving large sums, may have inadvertently clogged up the system for the rest.

A senior IBBI official confirmed that this was the case. “The big cases are cornering a disproportionate amount of focus.”

Unexpectedly, operational creditors seemed to have made more of the opportunity.

Between April and June 2017, 59 of the 128 cases that were admitted to National Company Law Tribunals were filed by operational creditors - vendors, supplies, employees and others.

In the subsequent three months, operational creditors maintained their momentum, filing 102 of the 234 cases admitted.

Experts Business Standard spoke to suggest one reason why operational creditors have embraced the IBC with greater enthusiasm:

It has provided them a credible threat against errant corporate debtors.

Many of these vendors, experts say, are small or mid-sized suppliers of goods and services to bigger enterprises, who operate on a credit cycle.

Before the IBC they had limited scope to recover dues from recalcitrant large customers.

With the IBC in place any creditor with dues of Rs 100,000 can trigger the insolvency process.

Thus many relatively large debtors are settling out of court with their smaller suppliers either before they receive the first notice or before the application is accepted, said IBBI officials.

Data seem to corroborate this. Around 30 per cent of applications before tribunals were either settled or withdrawn, shows data collated by IGIDR.

Companies can themselves trigger the insolvency process if they are unable to service their loans.

However, the IBBI data shows that fewer corporate debtors are triggering the insolvency process.

Three months from the point the code was put in place, 58 per cent of the applications accepted for resolution were from corporate debtors.

But at the end of four quarters, in December 2017, this figure stood at just 20 per cent.

IBBI officials suggest this is too early to assess how the insolvency code is working.

But, this is a crucial phase for the banking sector as well as the economy.

The next part of this series analyses how well the code is helping banks and others recover their money. 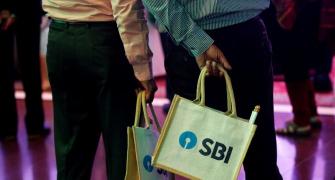 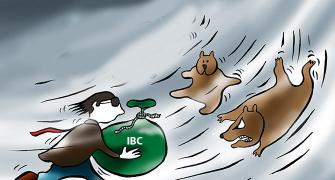 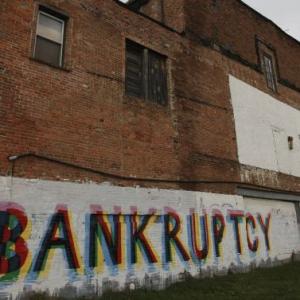