A new challenge for the railways

In the current fiscal year, the Indian Railways has given itself a highly ambitions annual plan of Rs 1 lakh crore (Rs 1 trillion), which is 52% more than the plan for the current year. 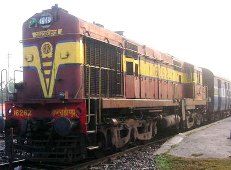 One traditional route is for the insurance behemoth to buy bonds issued by the Indian Railway Finance Corporation which usually bears AAA or AA rating, thus making everybody happy in the process.

But it is also important to understand what this means for the Indian Railways.

It raises the bar for desired efficiency.

This is costly funding and it is imperative for the railways to execute the projects in which the funding is deployed more efficiently and effectively than has been the case so far.

Otherwise the returns from operations will not rise to keep pace with the higher cost of funds.

Typically, IRFC passes on what it borrows from the market to the railways by keeping a margin of 0.5 percentage point.

On the other hand, during the 2009-13 period, the rate at which the railways paid dividends to the government for the capital at charge has come down from six per cent to four per cent.

Even if that rate goes up again to six per cent or more, it will have to pay IRFC around two percentage points more for the funds it provides.

So, as the funding of the railways through IRFC goes up, the railways will have to improve its operating efficiency to be able to pay for the use of this more expensive capital.

In the coming year (2015-16) the Indian Railways has given itself a highly ambitions annual plan of Rs 1 lakh crore (Rs 1 trillion), which is 52 per cent more than the plan for the current year.

It has created a new line of financing called extra-budgetary resources (institutional finance) under which it proposes to raise an additional Rs 17,163 crore (Rs 171.63 billion).

This also will need to be serviced.

It is not as if the railways is not aware of the tasks it has set for itself.

It has sought to increase the internal resources generated in 2015-16 by 16 per cent.

These resources too will have to be serviced.

Mr Prabhu has set the railways on a course of investing big and sharply increasing internal resource generation.

All this will hinge on how much more efficiently the Indian Railways is operated. 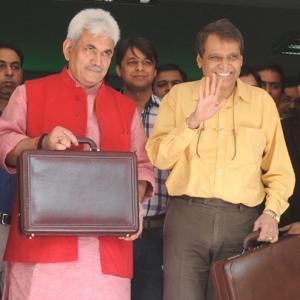