The people of the nation co-operated and patiently waited for the government’s promised “ache din”, and now they want their just rewards, says Adhil Shetty. 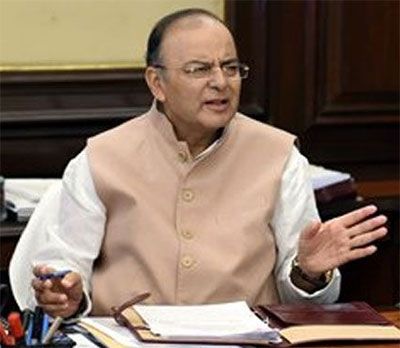 The countdown to the Union Budget has begun and we all have huge expectations from it. When Prime Minister Narendra Modi demonetised high denomination currency notes in order to curb black money from the economy, he urged honest, tax-paying citizens to co-operate with the temporary inconvenience for a better future. The people of the nation co-operated and patiently waited for the government’s promised “ache din”, and now they want their just rewards.

Here are some of our expectations from the 2017 Union Budget.

This year, there is the expectation of the limit being revised to Rs 400,000. However, as the percentage of income tax-payers in the country is a mere 3 per cent, instead of increasing the limit, the government may also look at widening the tax slabs from the existing 10 per cent , 20 per cent and 30 per cent.

Increase in tax concessions on home loans: Since the turn of the century, property prices have escalated rapidly. Despite a prevailing slowdown in real estate, property prices remain out of reach of countless citizens. As the government is going to monitor cash transactions strictly, real estate may see a further correction in prices.

At present Rs 200,000 of interest paid towards home loan is exempt from tax. Increasing this limit would help to Rs 350,000 will help the salaried class save more on a home purchase.

But medical costs keep increasing continually, and therefore greater allowances should be made. The government must look at revising these limits – not just for deductions towards health insurance premiums paid under Section 80 D, but also create allowances towards healthcare costs.

Incentives on digital payments: In order to promote cashless transactions and reduce incidence of off-the-book payments, block the black money from finding its way again in the system, there is a major expectation from the government to introduce a host of sops for encouraging digital payments and minimising cash transactions.

Policies and measures to boost the economy: There’s been a noticeable slowing down of economic activity since the demonetisation. Most sectors have been hit and the consumer spending has dropped. The government needs to provide a fix for the problem. It is also expected to promote start-ups and help them raise seed capital at lower costs.

Will LTCG be taxed on equity investments? At present gains from the equity markets are exempt from taxes after a period of twelve months. Modi had hinted at an LTCG tax on equity.

But Finance Minister Arun Jaitley said there is no intention to tax gains from the stock market, which is now looking at the budget keenly to know if their tax liabilities are about to increase.

Tobacco, alcohol, luxury and imported goods will be taxed more: Historically, the prices of and taxes on these commodities have been increased gradually, and the trend is likely to continue in this budget as well. Not only would it generate additional revenue for the government but higher taxes on imported goods would also boost the Make in India initiative.

To sum up, the Union Budget is going to be interesting from many perspectives, but especially from the point of view of life after demonetisation.