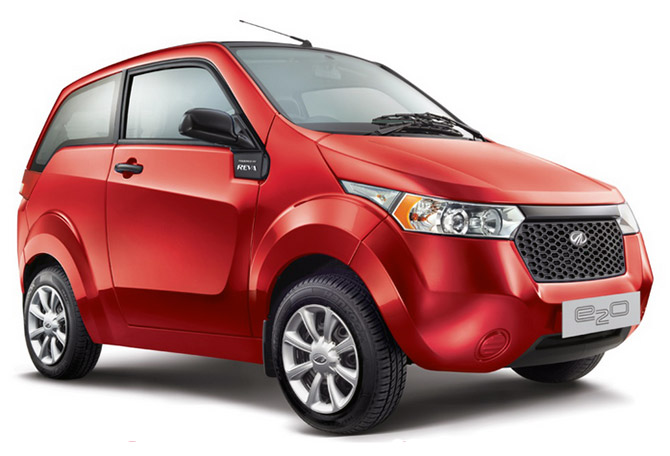 The government's inability to implement the ambitious National Electric Mobility Mission Plan (NEMMP) is seen as a key reason for the failure of electric vehicles.

If the drop in sales over the past two years is anything to go by, India's dream of putting seven million electric vehicles on road by the end of this decade has come a cropper.

If that did not fully reflect the dismal show, consider this: As many as 960 distributors of e-bikes - nearly half the total number of dealers in the country in 2011-12 - have shut shop in the past 24 months.

Worse, 26 of the 35 major electric two-wheeler makers during the peak sales period (between November 2010 and March 2012) are out of business today, thanks to poor demand.

Companies like Ultra Motors, BSA Motors and Luminous Power Technologies winding down their businesses has also meant a loss of 10,000 direct and indirect jobs. 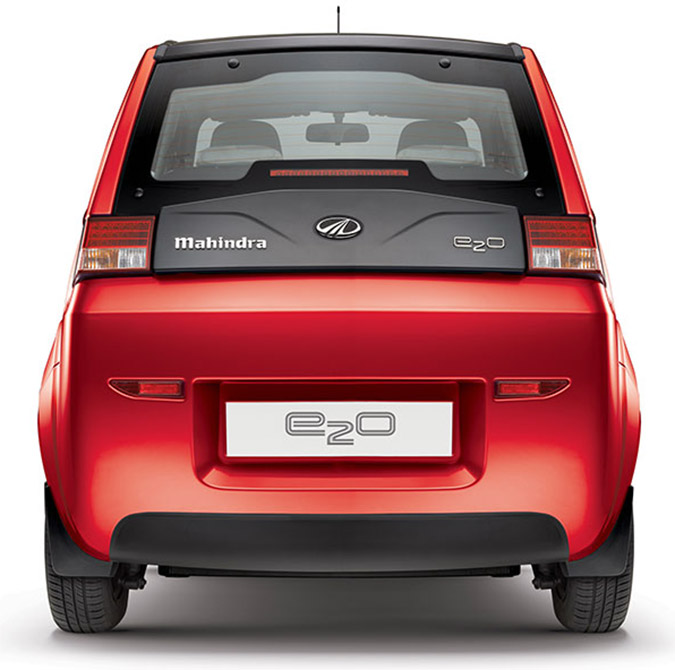 The drive has not been any less bumpy for cars, either. Mahindra & Mahindra, which bought Reva Electric four years ago to venture into the electric car segment under the Mahindra Reva brand, had set a target of selling 500 units when it launched the Mahindra e20.

The company has managed to sell only 1,000 units of the electric car in the past 15 months.

While the plan was to make the product available in eight cities, the company has not been able to take it beyond its limited distribution network in Delhi, Mumbai, Bangalore and Pune.

The government's inability to implement the ambitious National Electric Mobility Mission Plan (NEMMP), unveiled in January last year by the then prime minister, Manmohan Singh, is seen as a key reason for the failure of electric vehicles. 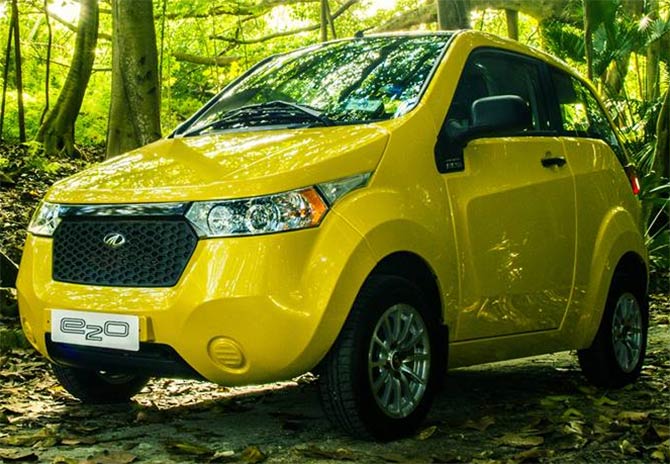 Though the scheme was to offer subsidies and create supporting infrastructure for e-vehicles, the plan has mostly remained on papers.

Sohinder Gill, chief executive of Hero Electric, and director of Society of Manufacturers of Electric Vehicles, says: "Hero Electric has been able to stay afloat because of its group's presence. The industry is on incubator. Electric two-wheeler sales dropped from 100,000 units in 2011-12 to 42,000 in 2012-13 and 21,000 in 2013-14. It will become difficult for us to survive if the NEMMP subsidies do not come soon."

For now, Hero Electric has turned to its international business to make its operations viable.

"Through Europe's A2B, which we acquired two years ago, we have expanded our presence to 30 countries. The international business turnover currently stands at $15 million. We have four electric two-wheeler models waiting to be launched. But our domestic operations will not become viable until the NEMMP scheme is effectively implemented," Gill adds. 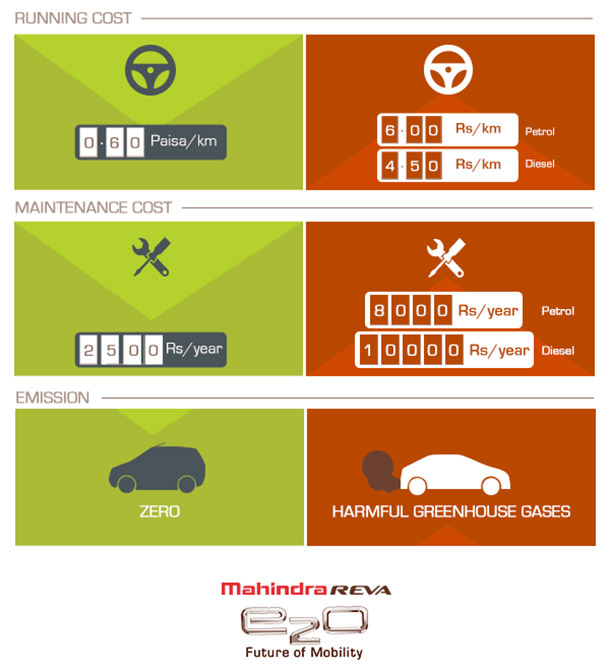 Mahindra Reva, which has presence in Sri Lanka, Bhutan and Bermuda, is also looking for opportunities to export to Europe.

Its chief executive, Chetan Maini, says: "In other countries, electric vehicles sales have been boosted with government support. In 2013, as many as 100,000 electric cars were sold globally. This was 80 per cent growth over the previous year. In Norway, 20 per cent of all cars sold were electric cars. But the industry in India lagged because of removal of subsidy under the earlier policy. There is good intent and we are hoping the new government will soon implement NEMMP."

The Indian government had first offered tangible support to the electric vehicle industry at the end of 2010, with the new and renewable energy ministry announcing a Rs 95-crore incentive scheme for manufacturers. 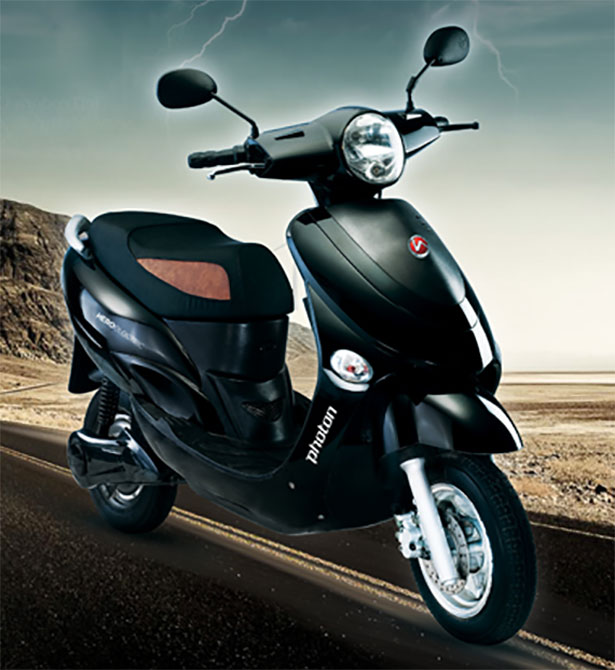 The government subsequently slashed the import duty on batteries from 26 per cent to four per cent. The scheme provided incentives of up to 20 per cent on ex-factory prices, subject to a maximum limit (Rs 1 lakh for an electric car).

Later, in August 2012, the government approved the NEMMP 2020 scheme. Under the plan, the government is to invest up to Rs 14,000 crore (Rs 140 billion) in creating infrastructure and promoting the use of environment-friendly electric vehicles in the country.

According to study commissioned by the heavy industries ministry, in collaboration with industry stakeholders, India has the potential for sales of six-seven million electric cars and two-wheelers by 2020. 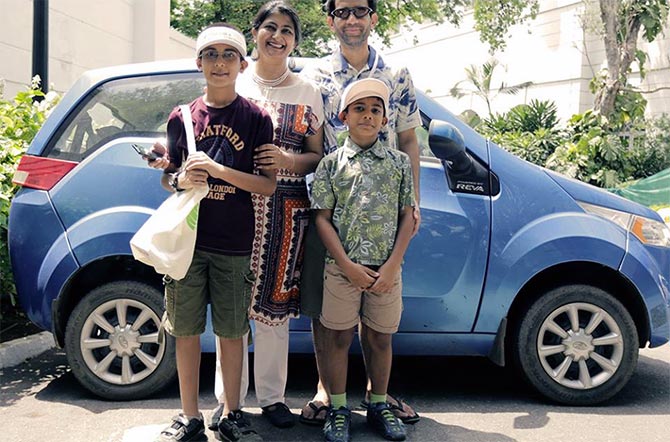 The number of such vehicles plying on Indian roads at present stands at 450,000, of which the total for cars is a meagre 3,000.

Developing suitable infrastructure and market for electric and hybrid vehicles over the next eight years is estimated to cost about Rs 23,000 crore (Rs 230 billion). The government is to provide 60 per cent of the resources.

The industry, meanwhile, is to develop products and create a manufacturing ecosystem.

960: Number of e-bike dealers that have shut shop in the past 18-24 months (50% of total number of dealers in the country are out of business)

26: Number of major electric two-wheelers manufacturers (of the 35 at the peak sales period) that have wound down businesses

1,000: Total number of e20 electric cars that Mahindra Reva has managed to sell in the past 15 months (against a target of 500 units a month) 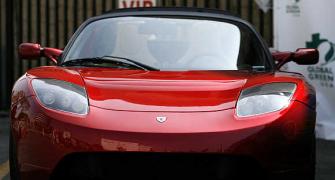 IMAGES: Driving into the future with an electric car 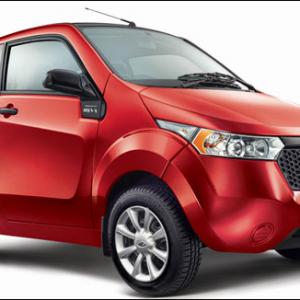 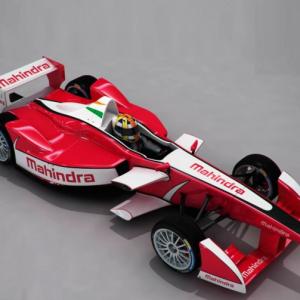