3 years after joining Marriott, Sheraton finds its own mojo

Often perceived by travellers as tired and dated, the world's largest hotel chain operator is getting a fresh and contemporary look.

It has a new logo and a global campaign aimed at defining the new ethos kicked off in August last year, says Shally Seth Mohile. 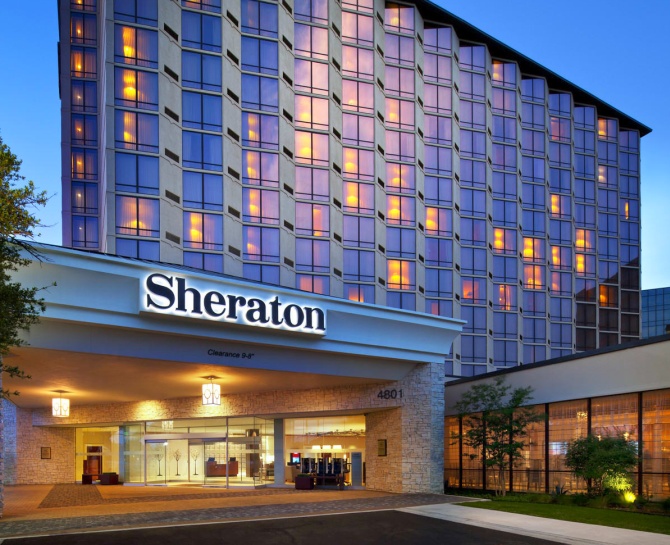 Close to three years after Sheraton entered the family of Marriott International brands, as part of the acquisition of Starwood Hotels & Resorts Worldwide, it is getting a new lease on life.

Marriott International is injecting zest and localising the brand ethos by adapting the properties to the homegrown cultures and cuisines, instead of driving a uniform global identity for the Sheraton brand that has been in India, nearly all of its 82 years.

Often perceived by travellers as tired and dated, the world's largest hotel chain operator is getting a fresh and contemporary look.

It has a new logo and a global campaign aimed at defining the new ethos kicked off in August last year.

The campaign called the "Heart of the City," is a celebration of communities around the world -- the diverse people, places and cultures in more than 70 countries and territories where Sheraton Hotels has a presence.

Mike Fulkerson, vice president, brand and marketing (Asia Pacific) at Marriott pointed out that Sheraton has a global heritage that dates back to 1937 and given its scale within Marriott, it was inevitable that they would look for a distinct positioning.

"Within Marriott, it is one of the biggest brands in the APAC region with 122 hotels. It's incredibly important for us that the world is able to differentiate this from other brands in our portfolio," said Fulkerson. It is not uncommon for hotels to re-position, re-brand themselves in entirety or choose a particular brand within its folio to stand out and reflect the evolving needs of the travellers.

For instance, in 2018, French hospitality major Accor, changed its company name back to Accor from Accor Hotels as it wanted to reposition the group as "an augmented hospitality company" focusing attention on the significant investment that it had made in home and villa rentals.

Back home in India, in March this year, Oberoi Hotels & Resorts unveiled a new brand identity and renamed itself as "Oberoi Sun," which according to the Oberoi Group means the warmth, energy and sense of well-being of its guest experience. As part of this, it is now focusing on its guest experience.

For Sheraton, Fulkerson said, "We wanted to develop a vision for the brand. Not just reinvent through repositioning but also raise its profile in APAC to show it as our priority."

Presently, Marriott International has 450 hotels in 72 countries and is set to expand to 80 countries by 2020.

The ongoing transformation will also mark the way the brand is modernising its design ethos, community connection and service culture, he added.

The key objective of the campaign is to show the new Sheraton brand promise and transformation. "The guest will be able to look, feel, touch this experience as it gets carried out across all properties," he said

A part of the ongoing campaign is a six-city road trip that Brand Sheraton is being led through.

The seventh and final stop will take place at a Sheraton hotel in China later this year. Sheraton properties in each of the cities hosted engaging events in open public spaces such as a convention centre.

The events and campaign have been tailored to convey the local flavour of a global brand.

The event in Bengaluru, for instance, included a talk and stand-up comedy sketch by a city-based performer and a dance performance and workshop by Terence Lewis, dancer and choreographer of The Terence Lewis Contemporary Dance Company.

The guests were also given a preview of the Sheraton lobby space through an interactive transformation room installation.

And true to the digital age that the brands live in today, the occasion offered up Instagrammable vignettes that helped spread the brand's story through social media hotlines.

As Brand Sheraton transforms itself, the events, the pitch and tone of the campaign and the experience will be sharply tuned to local tastes.

Its properties too will reflect the shift. And as the exercise unfolds in its entirety, the brand will have to master the art of wearing many faces under one hat.