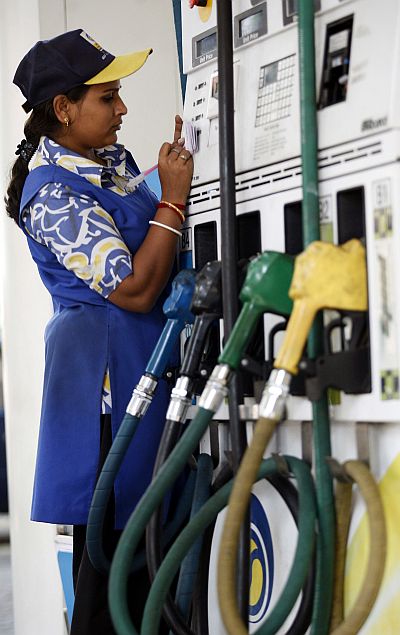 Image: A woman employee works at a petrol pump in the eastern Indian city of Kolkata.
Photographs: Jayanta Shaw/Reuters

Though countries worldwide are trying hard to reduce dependence on oil, the demand for the black gold doesn’t seem to wane.

There are significant programmes that countries are running to change this equation. Brazil, for example, has increased its dependence on bio fuels and has a programme that is considered as a policy model for other countries. Germany and Saudi Arabia are investing heavily in clean energy sources.

Only time will tell if this would change the global oil consumption. For now, let’s look at the top 10 oil consumers in the world. 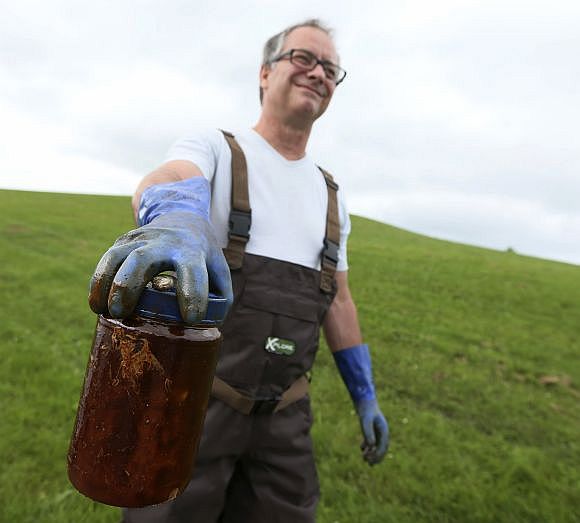 Canada is not just one of the top consumers of oil, it also has huge reserves. About 95 per cent is located in the province of Alberta. 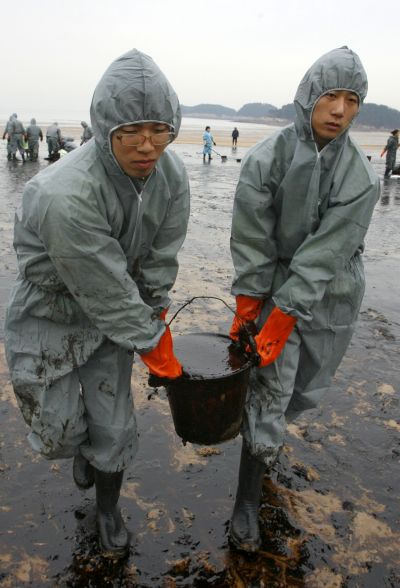 South Korea is a major energy importer. It is also the second-largest importer of liquefied natural gas in the world behind Japan. 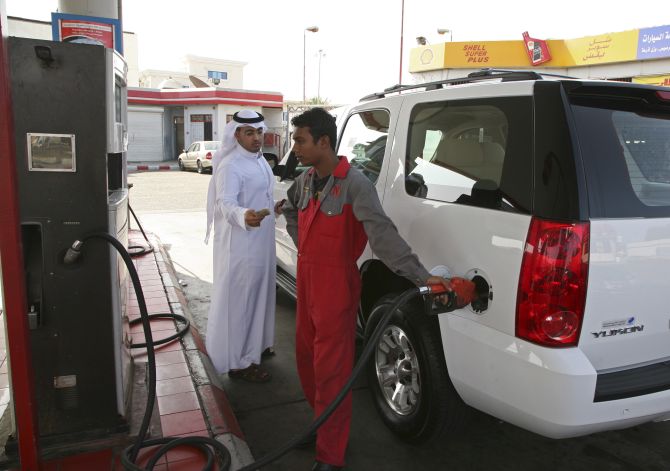 Image: A station attendant fills up a car at petrol station in Jeddah.
Photographs: Susan Baaghil/Reuters

Though being one of the largest consumers, Saudi Arabia has almost one-fifth of the world's proven oil reserves. It is the largest producer and exporter of total petroleum liquids in the world, and maintains the world's largest oil production capacity.

Saudi’s oil consumption is on a rise due to the increase in power generation, and until last year, it consumed more than a quarter of the oil it produced. 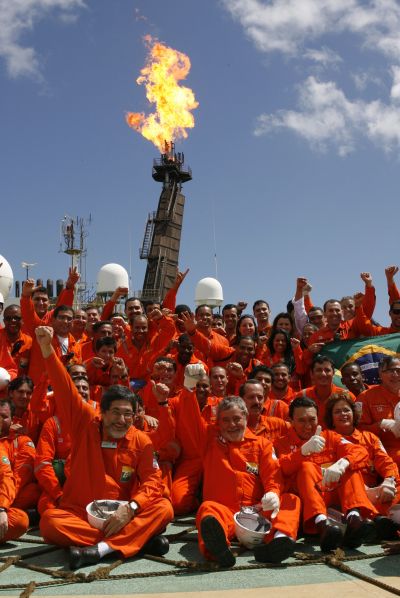 Brazil is slowly reducing its dependence on fossil fuels fuels and moving towards biofuels. The country is considered to have the world's first sustainable biofuels economy, a policy model for other countries. 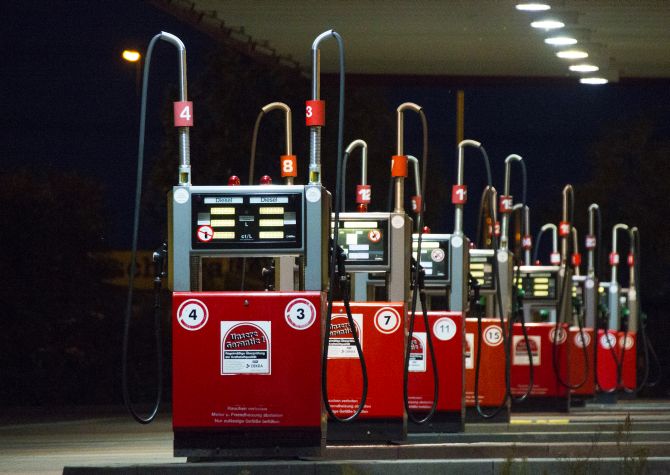 Image: A row of gas pumps is seen at a petrol station after a weekend of record gasoline prizes in Berlin.
Photographs: Thomas Peter/Reuters

Germany, too, is moving towards reducing its dependence on fossil fuels. The country first plans to close dependence on nuclear power plant (zero by 2022) and then gradually reduce consumption of fossil fuels. It is already increasing use of biofuels, wind, hydro and solar. 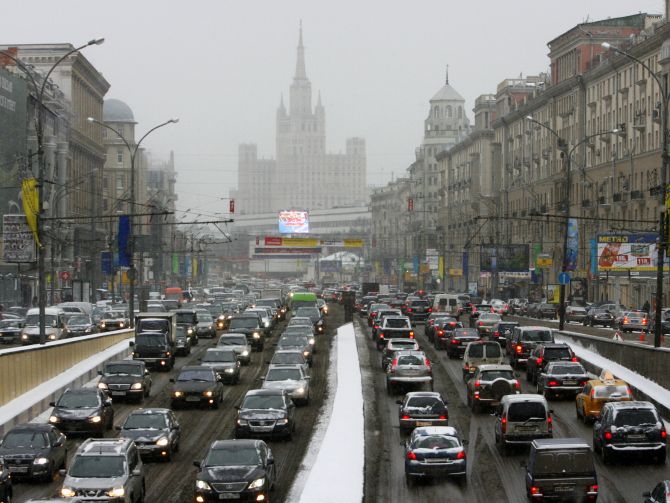 Russia is among the countries that have high oil consumption rate and are also big producers. In fact, the country’s economy is highly dependent on its hydrocarbons. Oil and gas revenues account for more than 50 per cent of the federal budget revenues. 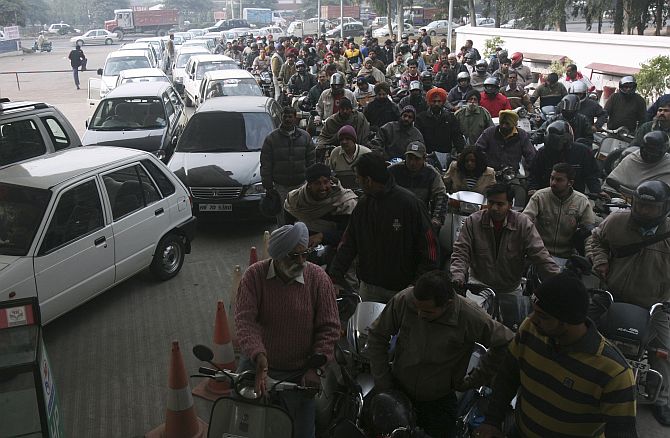 Image: Motorists wait at a gas station to fill fuel in the northern Indian city of Chandigarh.
Photographs: Ajay Verma/Reuters 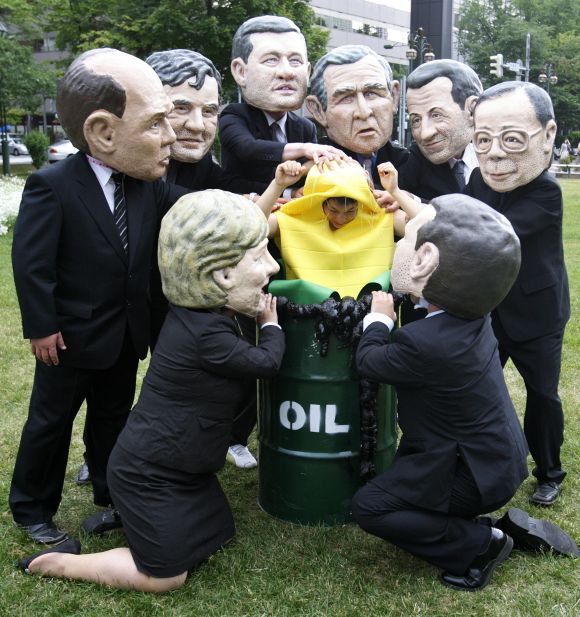 Japan has limited domestic energy resources. It meets less than 15 per cent of its own total primary energy use from domestic sources, according to Energy Information Administration. It is also the world’s largest liquefied natural gas importer. 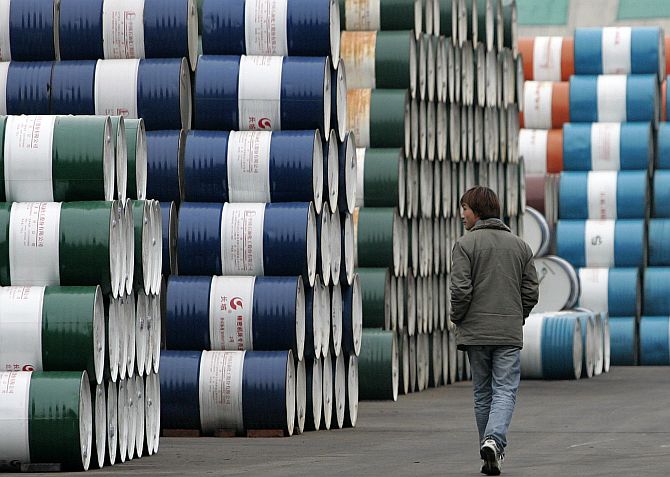 Image: A man walks past a storage area for oil barrels in Shanghai.
Photographs: Aly Song/Reuters

China's implied oil demand will grow quicker in 2014 at around 4 per cent as the country is adding new refineries.

China, the world's second-largest oil user, has driven oil demand growth for most of the past decade. 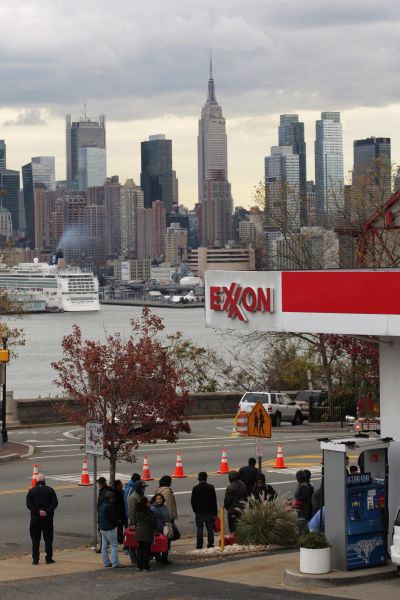 Oil production in the United States rose by a record 992,000 barrels a day in 2013, according to the International Energy Agency estimates.

The agency estimated that demand for gasoline in the United States rose as a result of increasing consumer confidence and more sales of sport utility vehicles.