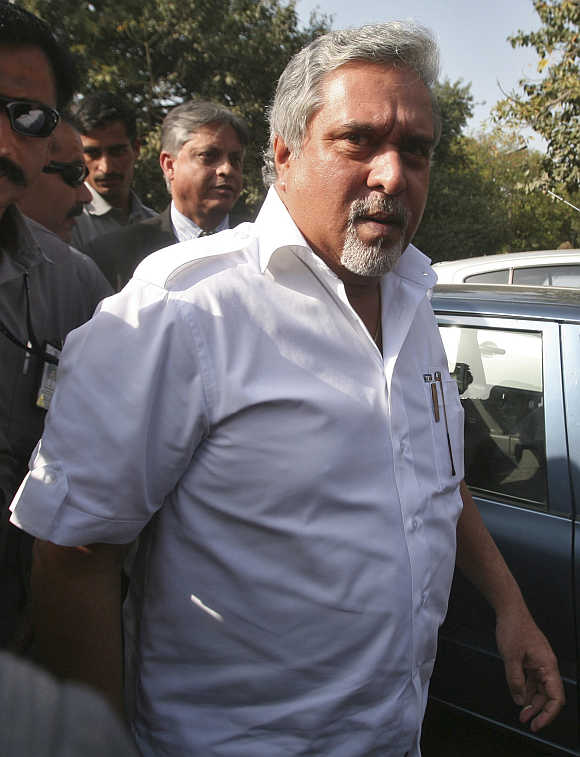 United Spirits will soon become a Diageo company, the Indian arm of the world's largest spirits company. The acquisition (through a combination of stake sale, preferential allotment and open offer), we have been told, will be good for United Spirits' shareholders: Diageo, with its international expertise, will bring in top-end brands, cut expenditure and drive up profits.

Vijay Mallya will become a minority shareholder with a 14.9 per cent stake. For the time being, he will remain the chairman of the company. But it is uncertain how long he will remain in this position. Experience tells us that multinational corporations retain the Indian management for some time after acquisition, to manage the transition and to send the signal to the employees that their jobs are safe, but take full control soon.

That's actually not unreasonable to expect. If somebody has paid big money to buy an Indian company, why shouldn't it get a free hand to run the company? And Diageo will spend $2.1 billion to acquire a little over 53 per cent of United Spirits.

Normally, such acquisition agreements have non-compete riders: the seller agrees not to start a similar venture for a specified number of years. 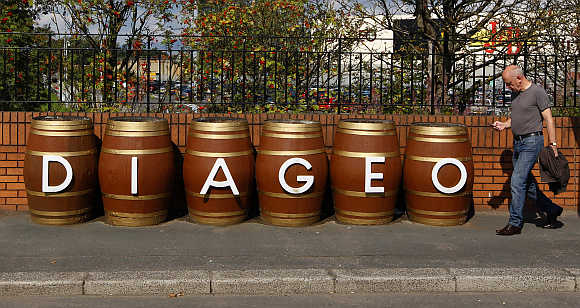 It is usually three years, though we don't know if such a clause has been inserted in Mallya's deal with Diageo. The message is that he could soon be out of the spirits business. Mallya himself has tried to sound sanguine about it. He is a businessman, he has said, so buying and selling companies is a matter of routine for him.

And this is something he has done frequently in the past. Observers have shown little concern for his loss of business. He mismanaged Kingfisher Airlines, they argue, and therefore deserves no sympathy; he has paid for his sins of inefficiency. Everybody says that the "king of good times", the unabashed showman, will now lie low for a while.

That makes me a little sad. Mallya's energy was seemingly boundless. He had the remarkable ability to be seen at various places at almost the same time. Age-old Indian abstinence, or the fear of enjoyment, didn't make any sense to him. Success and wealth were to be flaunted, in his world view. Merriment doesn't return to haunt you in your afterlife. This was a welcome change from the mindset of the past. 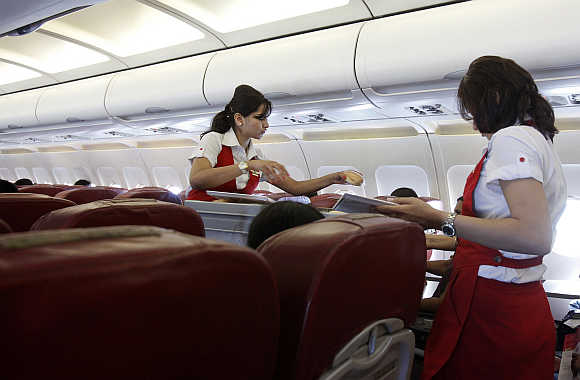 What also makes me sad is that he is undoubtedly the finest brain in the country's spirits industry. Nobody knows the business better than him. United Spirits owns 22 brands that sell more than a million cases each. That's not a small achievement. Many tried to take him on; none succeeded. The only serious challenger he had was Manu Chhabria, the electronics dealer from Dubai who acquired Shaw Wallace.

The fights between the two were the stuff of legend. Both were intense people, street fighters, yet as different as chalk and cheese. Mallya was suave and articulate. Chhabria was direct and didn't believe in mincing words. In meetings, Chhabria would often refer to his products as tharra, or country liquor. Mallya, on the other hand, was an ambassador for his brands, and never trifled with them.

There was no love lost between the two.

But Mallya turned up at the Breach Candy hospital in Mumbai to see Chhabria during his last days. Chhabria was in intensive care, and the two rivals couldn't meet. Once Chhabria died in April 2002, it was business as usual once again. When Chhabria's daughters, Bhavika Godhwani and Komal Chhabria Wazir, began to bicker over the ownership of the business, Mallya was accused of quietly encouraging Godhwani - a charge he denied. 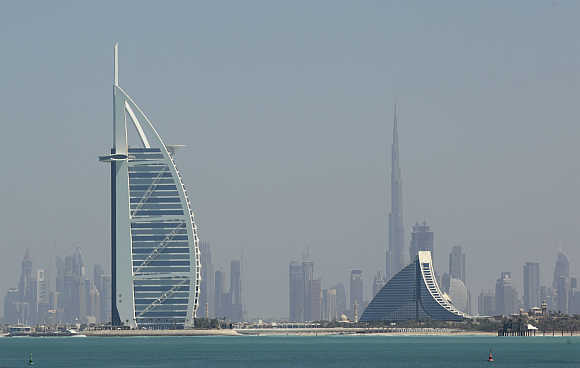 Much earlier, Chhabria had accused his brother, Kishore Chhabria, of walking away with BDA Distilleries, a Shaw Wallace subsidiary, surreptitiously. The distillery owned the hugely popular Officer's Choice brand of whiskey. As bitterness between the brothers grew, Kishore Chhabria went to the Mallya camp. He got a stake in Mallya's Herbertsons, which makes Bagpiper whisky, and BDA, in return, became a subsidiary of that company.

Some years ago, the partnership began to unravel. Mallya alleged that Kishore Chhabria had quietly bought Herbertsons shares. As a result, his stake in the company was now dangerously close to Mallya's. On the other hand, the Chhabria brothers began to settle their differences. At the time of Manu Chhabria's death, a majority of the 160 cases they had filed against each other in the courts were withdrawn. Mallya had to settle with Kishore Chhabria.

Things took a different turn soon. Komal, Manu Chhabria's daughter, was keen to run Shaw Wallace after her father's death, but the family spat sapped her energy. As a result, Shaw Wallace first sold its beer business to SABMiller and then its spirits business to Mallya. There was now no serious rival to Mallya left. In the bargain, all the unresolved cases between Shaw Wallace and Kishore Chhabria descended on Mallya. 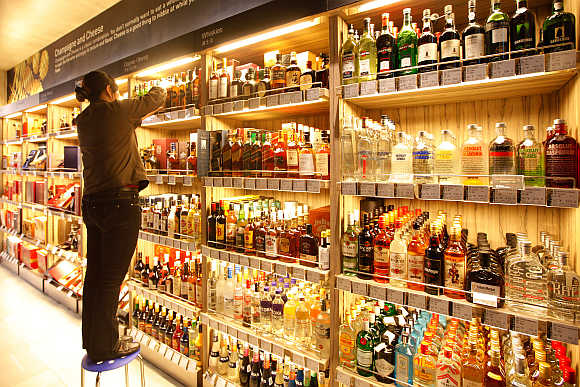 Image: An employee arranges bottles of whisky at a supermarket in Shanghai.
Photographs: Aly Song/Reuters

A few months back, mediated by a common friend in Mumbai, Mallya resolved all those issues. In hindsight, that ought to have been an indicator that he was cleaning up United Spirits to sell it. Now, with United Spirits all set to become a part of Diageo, there aren't too many local spirits barons of significance and stature left. True, Kishore Chhabria owns Officer's Choice, India's largest-selling whiskey, but he remains a one-brand wonder.

That's more or less true of other players like Radico Khaitan (8PM whiskey and Contessa rum) and Jagatjit Industries (Aristocrat whiskey). The Indian market is about 240 million cases per annum. Diageo, once the United Spirits acquisition is done, will control over 50 per cent of it. Pernod Ricard already has about 15 per cent of the market. That leaves small space for Indians. That's the true import of Diageo's acquisition of United Spirits.