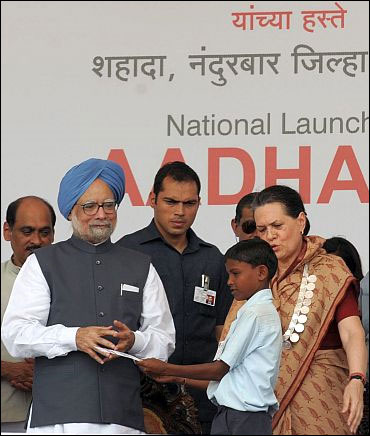 The Budget speech of Finance Minister Pranab Mukherjee left many surprised in the Unique Identity and Development Authority of India (UIDAI) - the agency tasked with providing unique IDs or Aadhaars to 1.2 billion Indians.

Presenting the Budget, Mukherjee announced that from October 2011, the UIDAI will generate a million Aadhaar numbers every day.

"So far two million Aadhaar numbers have been given and by October 1, 2011, one million numbers will be generated per day. The stage is now set for realising the true potential of Aadhaar," he said.

In July 2009, when UIDAI began the gigantic task of giving an identity to every Indian, it gave itself five years to provide 600 million people - half the population - with unique identity cards (UIDs). Mukherjee's announcement forced them to revise their targets.

Officials in the UIDAI, on condition of anonymity, say they didn't expect the finance minister to make this announcement. 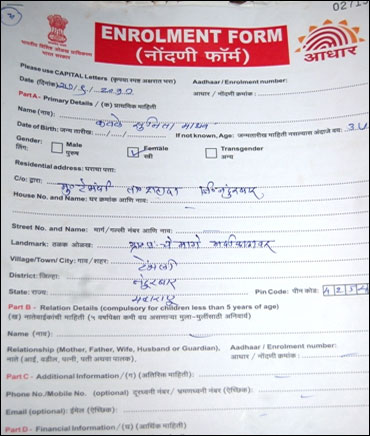 In February, the Budget month, the UIDAI generated around 1.1 million Aadhaar numbers - a tenth of what Mukherjee expects.

Since July 2009, only 0.76 per cent of the total population has been enrolled.

If, as Mukherjee prophesied, one million Aadhaar numbers are generated each day, then by early 2013, half the country will have IDs - one year ahead of UIDAI's initial target.

However, going by the present speed of enrolments, it seems very unlikely that the UIDAI will be able to achieve this target. 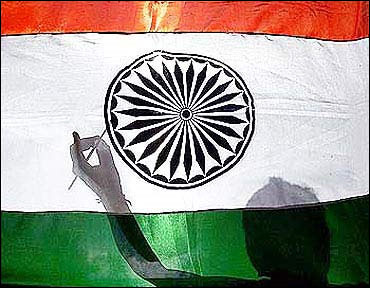 Even a cursory look at the UIDAI website for the month-wise enrolments of Aadhaar numbers shows the enormity of the task.

In March, the generation of numbers saw an increase of 37.5 per cent to 1.78 million, only to fall again to 1.32 million in April.

In May, it showed an increase of 64 per cent to reach an all-time high of 2.16 million.

At present, in the month of June, 1.5 million Aadhaar enrollments have taken place. The sudden rise in May is attributed to vacations in schools and colleges. 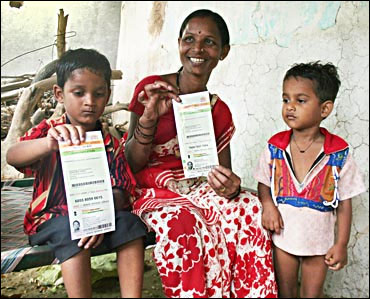 R S Sharma, director general of the UIDAI, says he sees no reason to doubt the authority's ability to generate a million numbers every day by October. Others in his department doubt his optimism.

"We are at present working on introducing technological changes in our technical infrastructure, which will increase the numbers being generated," says Sharma.

According to him, another reason for the delay is the lack of initiative by a few state governments.

"The governments of Uttar Pradesh and Bihar are expected to start the process of enrolments of numbers, this will give a boost." 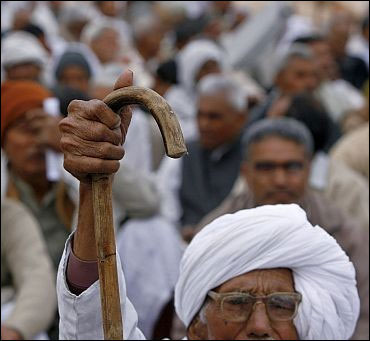 It is hard to disagree with Sharma. A study of the state-wise pattern of Aadhaar numbers illustrates the variance.

Until mid-June, the maximum enrollments took place in Andhra Pradesh, constituting more than 36 per cent of the total enrolments. This was followed by Karnataka (19.5 per cent) and Maharashtra (17 per cent).

However, on the basis of the 2011 population census figures, the number of enrolments in Andhra Pradesh is just four per cent of the total population. It is three per cent in Karnataka and 1.5 per cent in Maharashtra.

Uttar Pradesh, the state with the largest population, has only 0.05 per cent Aadhaar numbers.

In Rajasthan, the largest state in area, only 6,000 numbers have been issued. 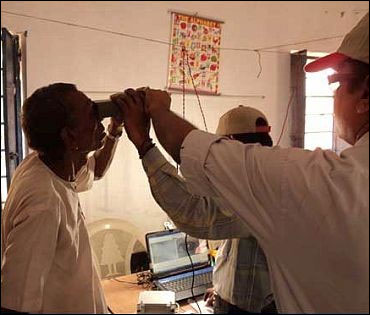 The UIDAI believes that there are many advantages to possessing a UID, such as UIDAI Know Your Residence (KYR), which eases the process of opening a bank account in rural areas, and its linkages with social welfare schemes make it attractive.

To obtain a UID, an individual has to approach one of the many enrollment agencies and provide it with personal information, 10 finger prints and an iris scan of both the eyes. The information is then passed through a sub-registrar and registrar to the Central ID Data Repository (CIDR).

The CIDR runs a duplication test to eliminate any inconsistency and generates a card with a 12-digit identification number. 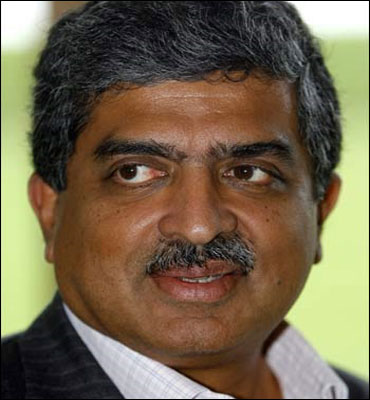 The idea of providing a unique identity to every citizen was first mooted by the Planning Commission as a solution to stop leakages in social development and welfare schemes.

Around the same time, the Registrar General of India was also involved in the process of creating a National Population Registrar and issuing Multipurpose National Identity cards to all citizens.

In 2006, the prime minister constituted an Empowered Group of Ministers (EGoM) to collate the two schemes - the National Population Register under the Citizenship Act, 1955 and the Unique Identification Number project of the Department of Information Technology.

Three years later, in January 2009, the government constituted a Unique Identification Authority of India (UIDAI) under the Planning Commission with a core team of 115 officials, to provide a 12-digit unique identification number, later to be called Aadhaar. 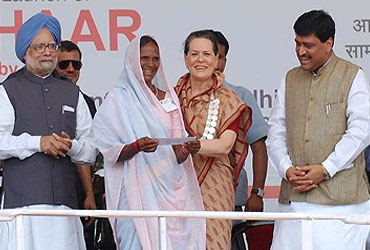 The scheme was formally launched on September 29, 2010 by Prime Minister Manmohan Singh and UPA Chairperson Sonia Gandhi at Thambali village of Nandurbar district in Maharashtra, when all inhabitants of the village were provided with Aadhaar numbers, making it the first 'Aadhaar Gaon'.

Another reason why the speedy generation of UIDs becomes important is the decision of the Planning Commission favouring Aadhaar-based rechargeable smart cards for transferring food, fertiliser and cash subsidies, as against the idea of direct cash transfer and food stamps. 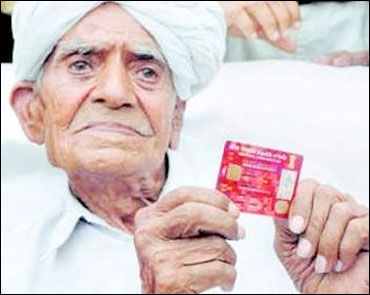 A task force headed by the UIDAI chief Nandan Nilekani is studying the details of cash transfers and is expected to submit its report this month.

The finance minister in his Budget speech had announced that the system of cash transfer will be in place by March 2012.

According to a McKinsey report Inclusive Growth and Financial Security, published in October 2010, an electronic platform for government payments will save the government around Rs one lakh crore (Rs 1 trillion).

It is hard to ignore the politics too.

In 2014, the country is expected to have the general elections.

The UIDAI project is the flagship project of the United Progressive Alliance-II (UPA).

With the government linking it to socialdevelopment schemes such as NREGA, PDS, etc, government managers will want to provide access to the maximum number of people before the polls.