Sign in  |  Create a Rediffmail account
Rediff.com  » Business » Why Samsung, Apple are not yet worried about Nokia 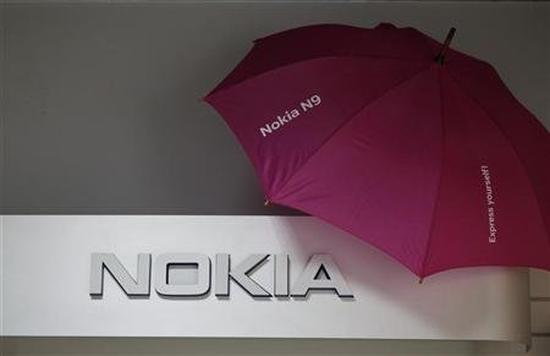 It's too soon to bet that Nokia's on the road to recovery after its new Lumia smartphones were sold out in many stores across Europe and America, as retailers say supplies have been short ever since their launch.

The Lumia 920 and 820, which use Microsoft's latest Windows Phone 8 software, were launched last month with expectations of a "make or break" for Nokia, once the undisputed leader in mobile phones, now losing share in smartphones and lower-end handsets.

Positive online reviews and anecdotes of waiting lists for the 920, as well as Nokia's sales deal with China Mobile announced earlier this month, have helped Nokia shares rise over 40 percent in the past month.

But analysts say there's no proof that Lumia phones are making significant inroads on market leaders Samsung and Apple or that chief executive Stephen Elop's risky strategy of betting the company's future on Windows software was paying off.

"I think people are looking and saying, 'Hey, there aren't enough 920s in the market', but the reality is that the volume is so small. It's not going to move the needle," said Pacific Crest Securities analyst James Faucette. 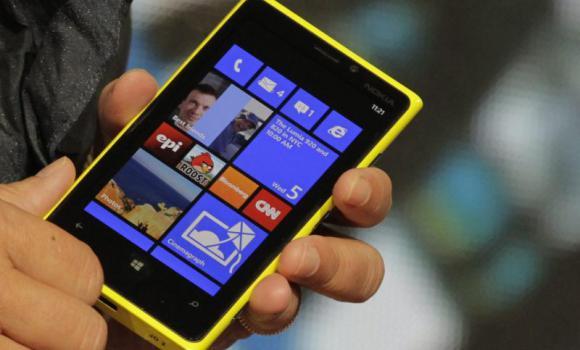 Most analysts forecast Nokia will sell around 5 to 6 million Windows Phone devices in the fourth quarter, with over half of them older versions of Lumia, which have been heavily discounted.

That would be better than the 3 million Lumia smartphones sold in the third quarter, but it pales in comparison with Samsung, which champions Google's Android system and is expected to ship 60 million smartphones in October-December.

Improvement from low base

Supplies of the new Lumia models appeared to be trickling back into U.S. stores this week after being unavailable at many stores since their November launch.

Best Buy's website showed 920s in stock, and Amazon listed them as the No. 2 best-selling AT&T phone on Tuesday, though they were still sold out in many European markets including Nokia's home base, Finland.

The company's flagship store in downtown Helsinki said there would be a wait of a few days for the Lumia 920. Finnish telecoms company DNA said "many hundreds" of customers were still on its waiting list and that the backlog was unlikely to be cleared before Christmas. 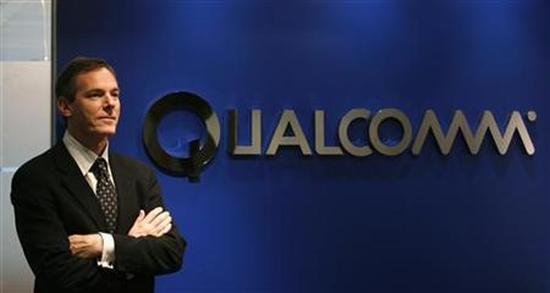 "The situation is that we still don't have the 920s," said DNA retail executive Sami Aavikko, saying consumer interest in Lumia had improved with the newest models while declining to give sales figures.

Some sources said one problem has been a shortage of Qualcomm chips. Qualcomm CEO Paul Jacobs said in November it would be "exiting the calendar year with supply and demand more evenly matched", and a spokeswoman declined to comment further.

Elop told Finland's public broadcaster YLE on Tuesday there was "very positive activity underway" with Lumia sales. Nokia has declined to comment on sales data or confirm any component shortages, and a spokesman said it was "working very hard to get devices into the hands of consumers as quickly as possible".

Given low supplies, however, analysts said it was hard to gauge the real level of demand for the new Lumia phones.

Some industry executives and analysts have said consumer recognition for Windows Phones has improved thanks to spending on billboards and other advertisements over the past month. 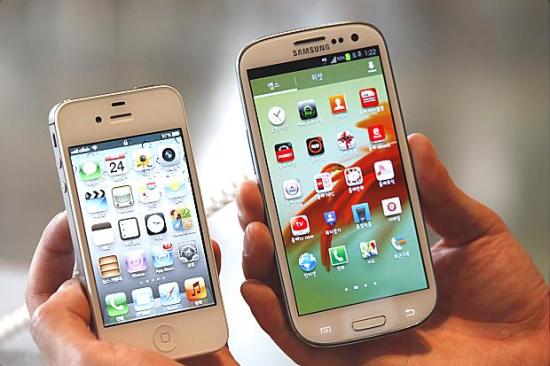 "Are they lining up like they do for the iPhone? No. Are sales covering our costs, for instance marketing? Yes," said Deutsche Telekom Germany's marketing chief, Michael Hagspihl.

Many telecoms carriers as well as network equipment executives are hoping the Lumia succeeds, to prevent Samsung and Apple from gaining too much power.

Nordea analyst Sami Sarkamies was one of the more optimistic analysts, saying investors should focus on the improvement, albeit from a low base.

"My take is that there we have a seen a pretty substantial development since last year," he said. "Previously there hadn't been that market pull."

With Nokia burning through cash and having already sold off assets such as its head office, muddling along with modest sales is not an option. Some investors have said they want to see quarterly Lumia sales of around 10 million. 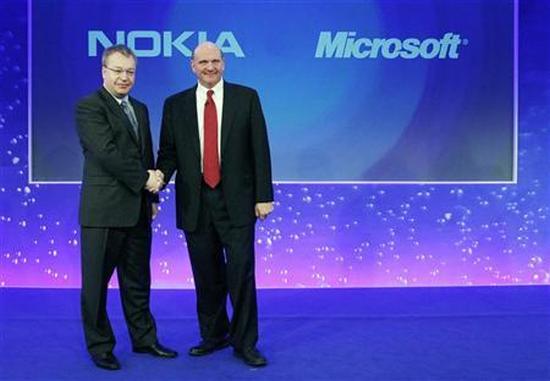 Many believe Nokia will need to change its strategy - and its leader - if there is no clear improvement in Lumia sales in the coming quarters.

The company has not set any targets, but Elop said in February 2011 that the company's transition would take two years, which leaves precious little time.

"I think they have more hard decisions ahead of them; not only what they do from a leadership perspective and strategic perspective, but also with whom they align themselves," said Faucette at Pacific Crest.

Speculation of a buyout by Microsoft have periodically lifted Nokia shares, but with so much uncertainty over future sales, few analysts recommend pricing in any potential buyout premium.

The market's average price target was around 2.30 euros, according to Thomson Reuters StarMine. The shares were up 8.1 percent at 3.21 euros late on Tuesday afternoon, breaking the 3 euro barrier for the first time since April.