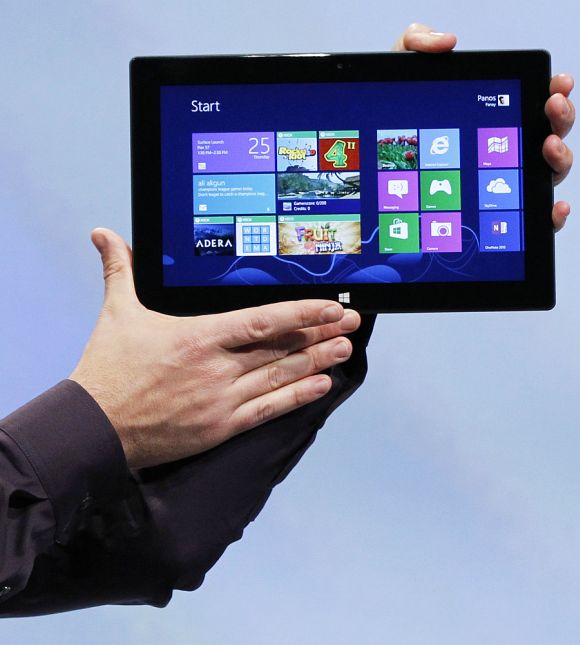 When the Microsoft Surface was first launched, a friend (and long-time iPad user) said it would be the next big thing. Curious, I had asked why?

"An iPad or Android device is a wonderful gadget to consume media. When it comes to productivity, there's no beating Windows," he had said.

It made sense. After all, the Surface could be had with a keyboard cover and could, thus, also double up as a laptop. But the device never made it to India.

Tired of waiting for it to arrive, my friend bought a Bluetooth keyboard cover for his iPad and a subscription to Microsoft Office 365.

He still complains, but his Apple device does double duty for him as a laptop. Sometimes. 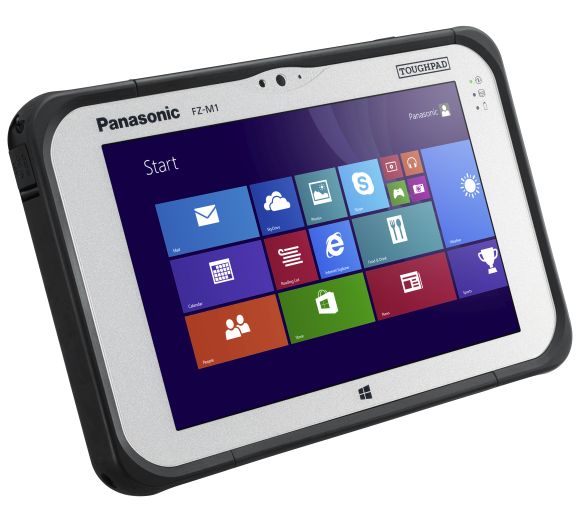 While not as commonplace as Android tablets or their upmarket siblings from Apple, Windows tablets do make a lot of sense if you want a device that doubles up as a laptop (okay, maybe with a keyboard cover).

Also, as most of these devices run Windows 8.1, all familiar applications (such as Microsoft Office) run seamlessly on these tablets. 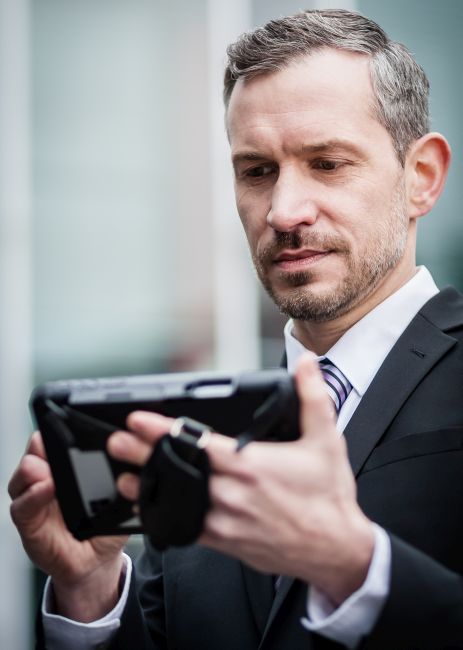 We didn't try out any serious gaming on any of the Windows tablets we got our hands dirty with, but that had more to do with the device's limited storage capacity than anything else.

Another plus point with Windows tablets is you could replicate your desktop settings across devices, though this could turn out to be a pain, in case your portable device has a small screen.

If you want the portability of Windows in a portable (okay tab maybe) form factor, here are a few you should check out: 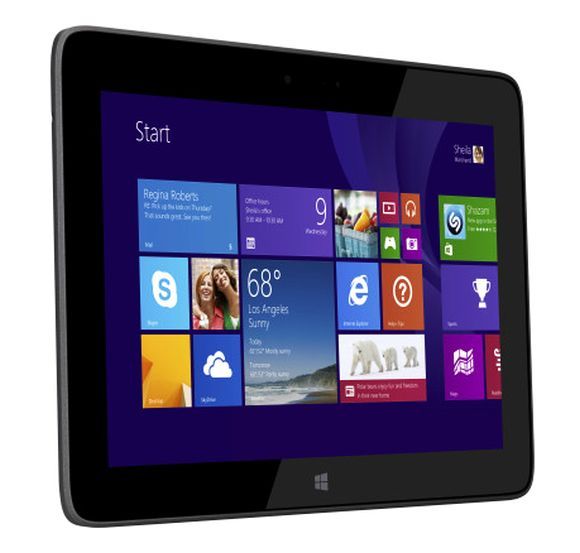 While the Omni's form factor suggests it should be bulky, it weighs about 650 g. The big screen was the biggest attraction - paired with a keyboard, this promises the maximum productivity.

The Omni has a capacitive Windows button on the front bezel. Held in landscape mode, the volume rocker is on the right edge, towards the back, and takes some time getting used to.

The left edge features the headphones slot while the top edge, the power button. At the bottom are the charging port, microUSB port, microHDMI port and a microSD slot. 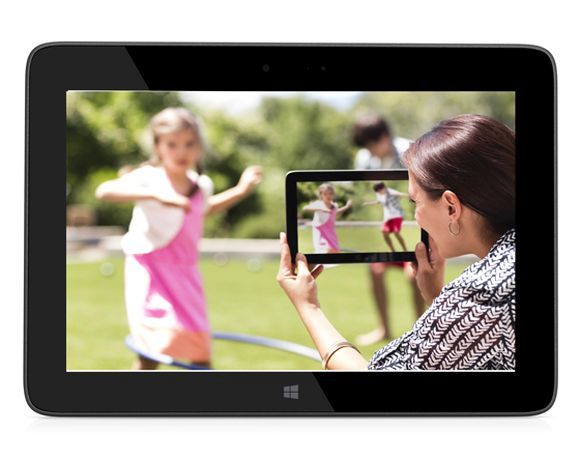 Also present are the two speakers. The proprietary charging port is a disadvantage as the Omni just doesn't charge off the microUSB port. But the tab does get charged very fast.

Switching on, one is impressed with the sharpness of the screen, especially while viewing documents. Also, because of the bigger screen, navigating and choosing apps isn't a hassle.

HP has bundled in a full version of Microsoft Office Home & Student 2013. Used in conjunction with a keyboard, this makes the tab a perfect workhorse. HP also bundles in an introduction to Windows 8 for new users. 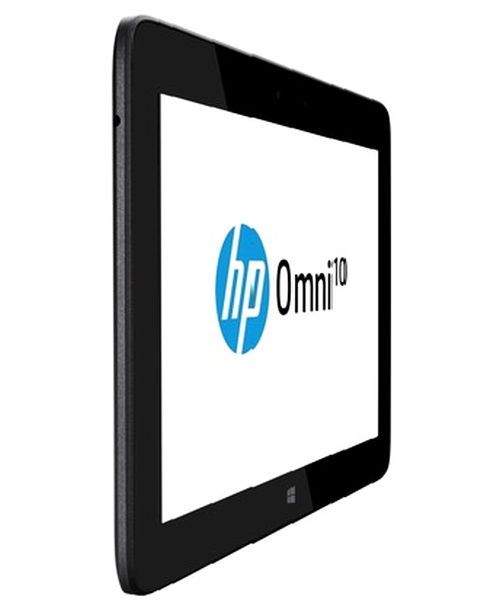 Watching videos on the Omni (which could detect both bands on my home dual band router) after pulling them off my home media server was a pleasure and the screen legibility/resolution didn't suffer in direct sunlight. To top it, the stereo speakers were good enough for two-three people to watch a movie.

The front two-megapixel (MP) camera is just good enough for video calls while the back 8-MP camera gives okay shots, but only when there's adequate light.

A distinct disadvantage of the Omni is the presence of most of the ports at the bottom edge, which could be a problem if one were to dock the device. Battery life, however, is satisfactory. 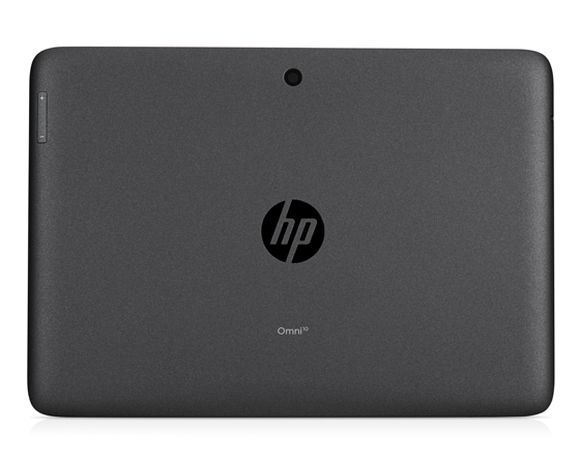 The Omni 10 makes for a good device if one is okay with the heft. What will complete it though, is a custom-made keyboard cover. 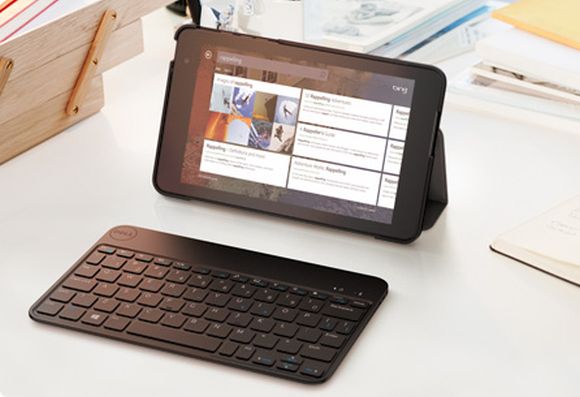 Dell's Latitude 10 tablet was one of the first Windows 8 devices launched in the country.

While that was squarely targeted at business users, the Venue 8 Pro, which at a distance is a dead ringer for Dell's Android-based offering, the Venue 8, is meant for students and corporate warriors alike.

The first thing one notices is the absence of the physical Windows button on the bezel. Instead, the button is places on the top, when held in portrait mode, right next to the headphones jack. It works, but needs getting used to.

Also, I kept pressing the Windows button accidentally every time I flipped the tablet into landscape mode and vice-versa. 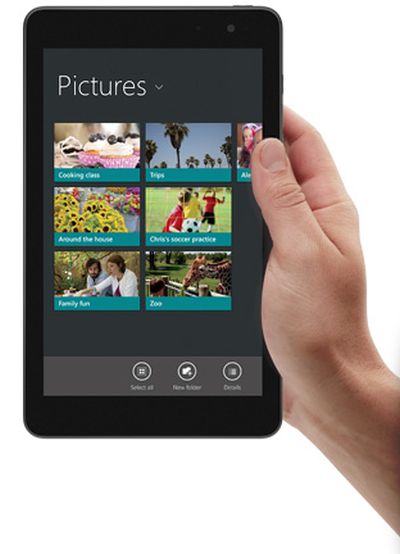 Holding the Venue 8 Pro in portrait mode, the right edge houses a microUSB port (to charge or hook up to your PC), the power button, the volume rocker and the microSD slot, to expand the memory.

The left edge has the lone speaker, which is quite loud, but the sound gets distorted at high volumes. The rubberised back makes for a good grip.

The first thing one notices on switching on the tab is the small text naming the icons, and the small icons themselves. 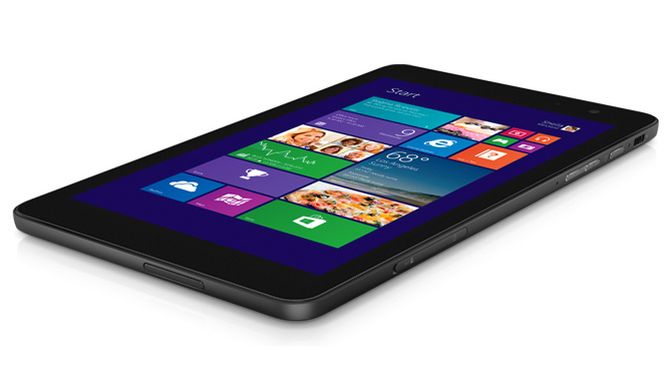 Without a keyboard and mouse, it needs some serious effort to do something as simple as using Windows explorer to check out the contents on the device.

Held in landscape mode, the on-screen keyboard takes up more than two-thirds of the screen area, a distinct disadvantage while browsing websites.

Connecting an external keyboard and/or mouse does help a bit, but a downer is the tab doesn't have a microHDMI port to connect it to a bigger screen. 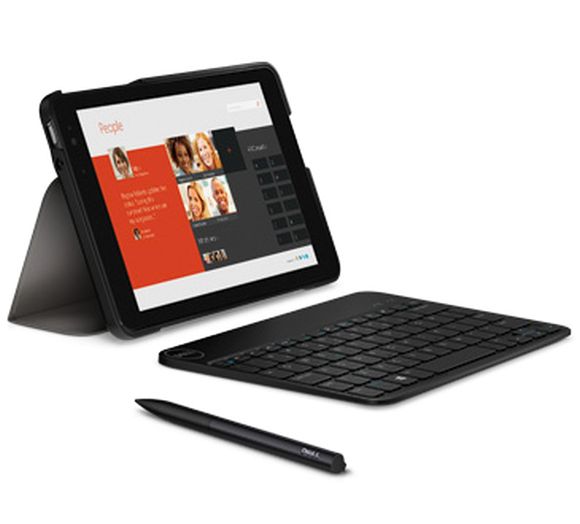 The Venue 8 Pro will find favour with those who check a fair bit of email, want a light and small device they can slip into their pockets and occasionally connect a keyboard to type documents. 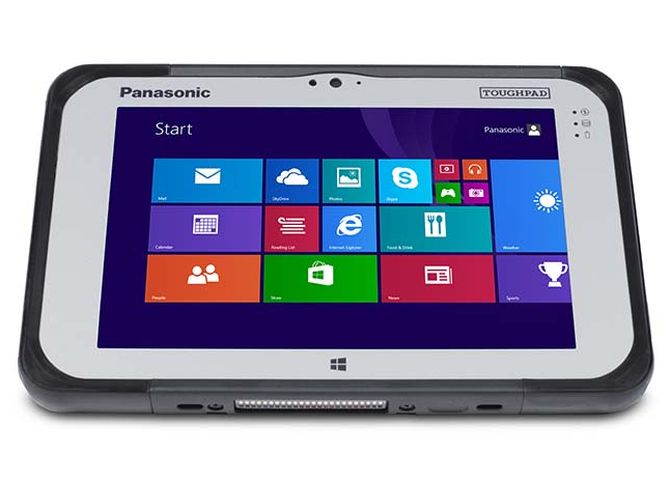 Tough enough to take a few knocks and lead a rough life outdoors. That possibly sums up what the FZ-M1 can do.

The tab, running a 64-bit version of Windows 8.1 Pro can withstand falls from five feet and is dust proof.

Yes, we checked out both features (I had my heart in my mouth while dropping a tablet with a sticker price in lakhs, but such are the risks of the job). It's also water resistant, but I was too traumatised after the drop test to test this feature. 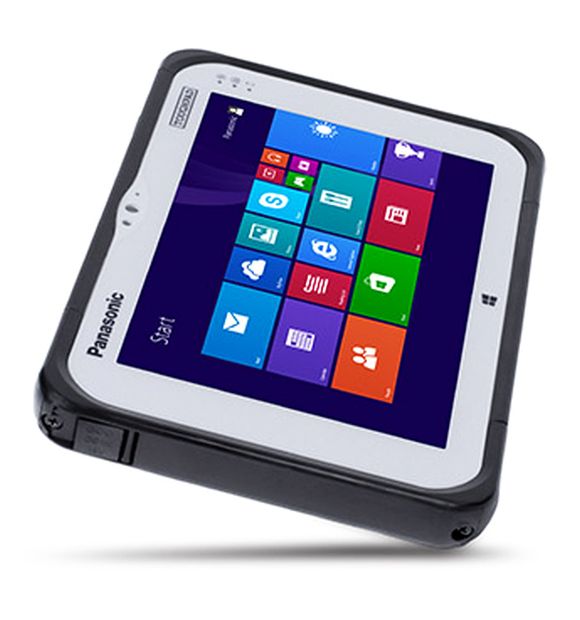 The FZ-M1, which also bundles in a full-size USB 3.0 port, inspires confidence with its solid build, its covered ports and rubber corner guards. It also has a surprisingly good eight-megapixel (MP) rear camera with LED flash.

Featuring a docking port connector and headphones jack, the FZ-M1 also sports physical volume buttons along with the on-screen ones.

The front 720p webcam and integrated microphone ensures video calls are just a touch away. 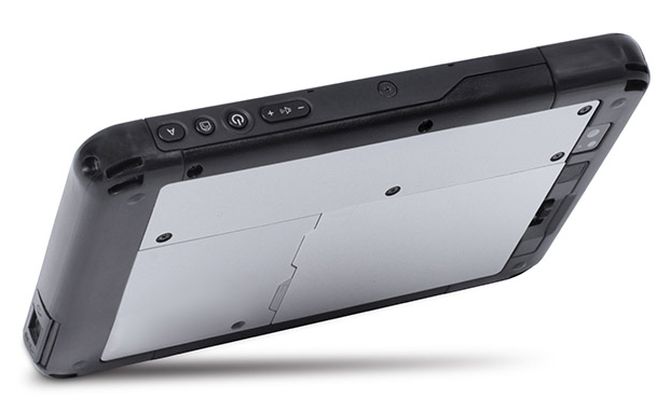 The seven-inch screen is covered by a replaceable film and we could use the 10-point touchscreen even while wearing gloves.

The review unit was powered by an Intel i5 processor, with 8GB RAM and a 128GB SSD screen. Due to the small screen (and the small fonts and icons), choosing and running apps is painful.

All the heavy-duty protection makes the tablet bulky and it is an expensive piece of equipment. 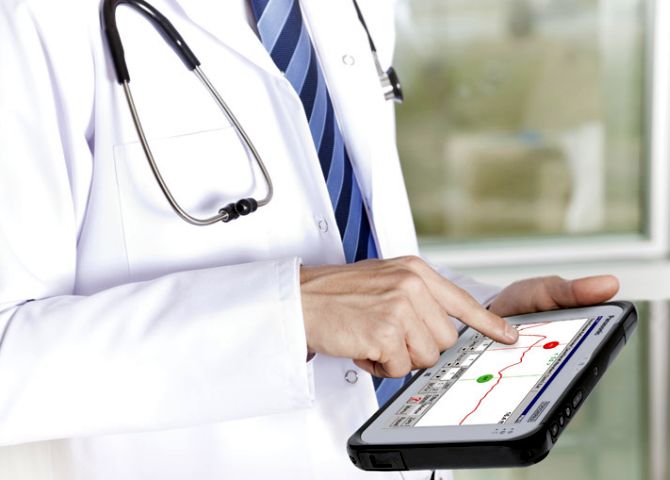 If trudging the Arctic and Antarctic is commonplace for you and braving the Sahara's dust storms is part of your job description, the FZ-M1 is a perfect fit.