Sign in  |  Create a Rediffmail account
Rediff.com  » Business » Why Taj and Leela are selling some of their hotels 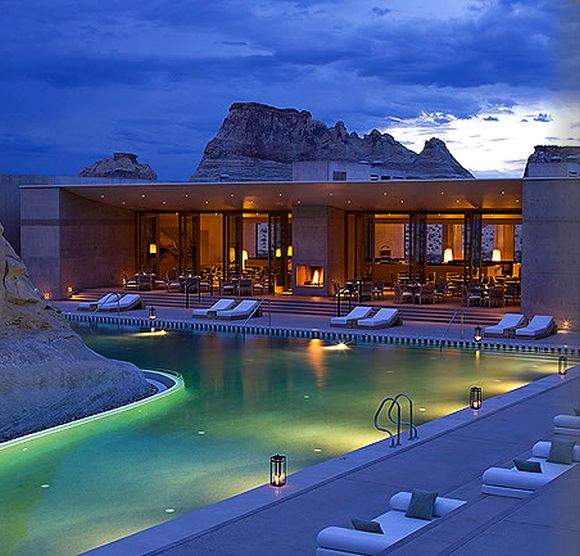 In October 2012, Indian Hotels (IHCL) was in an aggressive mood, making an offer of $1.2-billion to buy out Orient Express Hotels, a US-based international luxury chain.

A year later, the tables had turned. Mounting debt had forced the Tata Group hotel chain to start exiting from some "unimportant properties" in order to consolidate its global operations.

Indian Hotels put its property in Australia - the Blue Sydney - on the block last month. 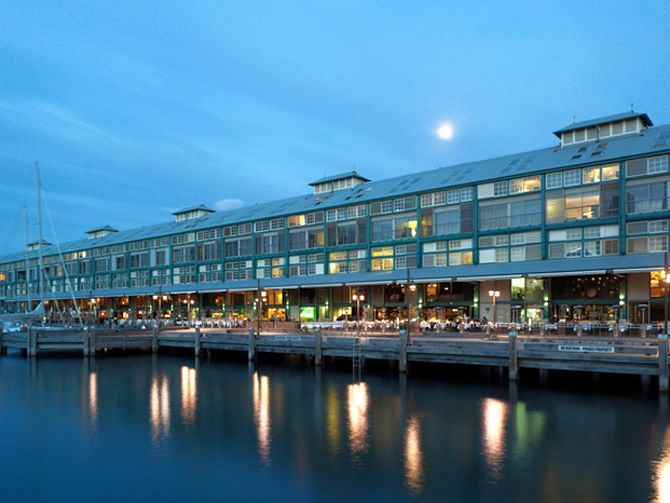 IHCL's is not an isolated case. Experienced hospitality majors as well as those who forayed into the sector less than a decade ago are suddenly confronted by the new reality of poor business prospects.

"Around five years ago, the hotel industry in India was perceived as one of the most lucrative industries with high growth potential backed by the Indian growth story," says Mukesh Agarwal, associate director (transaction services), PricewaterhouseCoopers.

Faced with mounting losses, experts say that debt restructuring is an option that is forcing major industry players to sell their stakes in their investments. 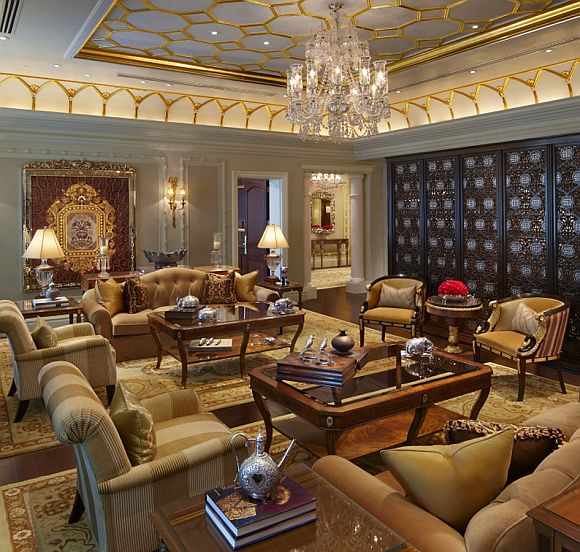 It has already sold its IT park building in Chennai for Rs 170 crore (Rs 1.7 billion) to Reliance Industries and its luxury Leela Kovalam for Rs 500 crore (Rs 5 billion) to industrialist Ravi Pillai. Leela Ventures reported a net loss of Rs 433 crore (Rs 4.33 billion) for FY 12-13.

"There is a consistent increase in supply due to the opening of new hotels across key hotel markets, but the increased supply has resulted in fragmentation of demand and so, occupancies have come down," he says.

In this dismal scenario, the situation is worse for those who entered the hospitality sector just seven or eight years ago. 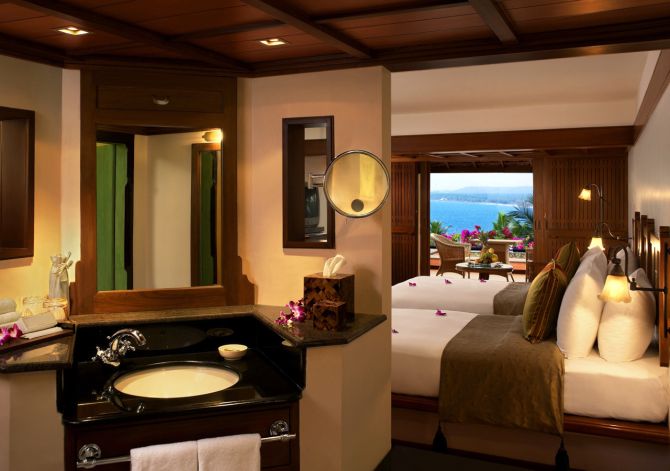 "Many first time hotel owners had planned their projects during the peak performance of the hospitality sector between 2006 and 2009, hoping for consistent returns on investment. The expected returns are now hard to come by, and owners of these properties are looking at exiting their investments and thus generating free cash to rejig their investment portfolio," says Thaker.

The debt-ridden real estate group, DLF, is now struggling to reduce piling debt by selling off hotel properties across the globe.

DLF had entered the hospitality space in 2006 with an agreement with Hilton International on incorporating a joint venture company in India to develop, own and acquire 50 to 75 hotels and service apartments.

The company's Aman Resorts has been on the block for more than two years now. Though DLF was close to signing a deal with Adrian Zecha (founder of Aman Resorts) for the property, it did not materialise, and remains unsold. 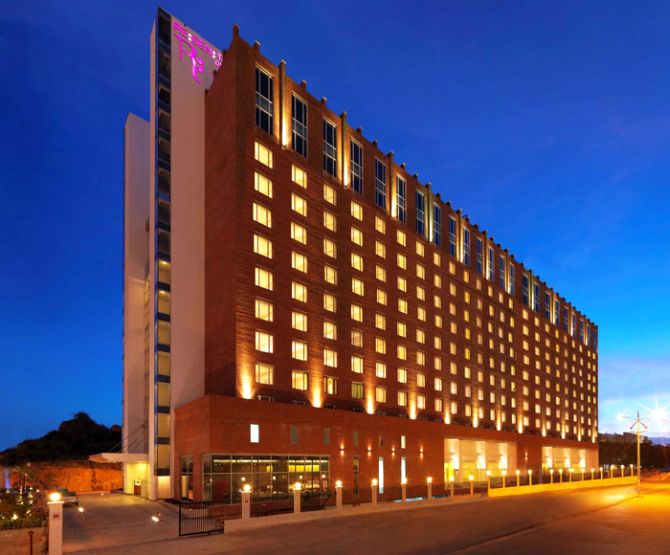 Bangalore-based Royal Orchid Hotels, which owns and operates mid-sized hotels and resorts, is in a similar boat with total debt of around Rs 166 crore (Rs 1.66 billion) as of March 31 last year.

It hived off its hotel in Ahmedabad to Samhi Hotels for Rs 67 crore (Rs 670 million), and now plans to sell its Hyderabad property - the Re:gen:ta One.

Chander Baljee, chairman & managing director, Royal Orchid Hotels, says, "The cost of debt went up from 10.5 per cent to 15.5 per cent. There was a delay in project execution due to reasons beyond our control. The bank repayments started before the project could be completed. We faced this issue in Hyderabad. Political problems over Telangana added to the distress. We sold the asset and reduced our debt from Rs 170 crore to Rs 35 crore. But we have plans for massive expansion."

However, deciding to sell is not the end of the story of woe for financially stressed hotels. Finding a buyer too is proving difficult. 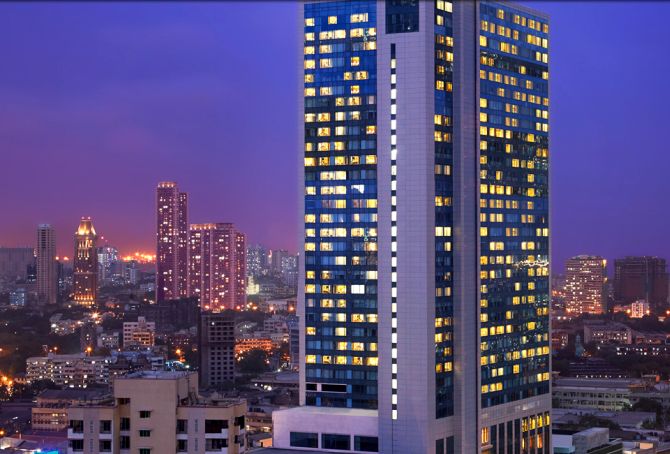 PricewaterhouseCooper's Agarwal says, "Activity over deals in the hotel industry witnessed a significant decline in 2013, with only three deals as compared to 10 in 2012 and 18 in 2011. Not only has the number of acquisitions declined, but PE investments and stake increase by the existing shareholders have also gone down significantly, which indicates that the outlook for this industry is uncertain at this stage and investors have distanced themselves from making investments."

The cost overrun and liquidity constraints faced by under-construction properties have made the situation worse for the hospitality majors. "India currently has more than 200,000 hotel rooms and the pipeline inventory of under construction hotels remains high. These pose a big challenge to the industry over the next few years," opines an analyst.

In 2012, CRISIL Research after assessing the performance of the premium hotel segment across 12 Indian cities, had announced that profitability of premium hotels (5-star and 5-star deluxe) would plunge in 2012-13 and 2013-14. 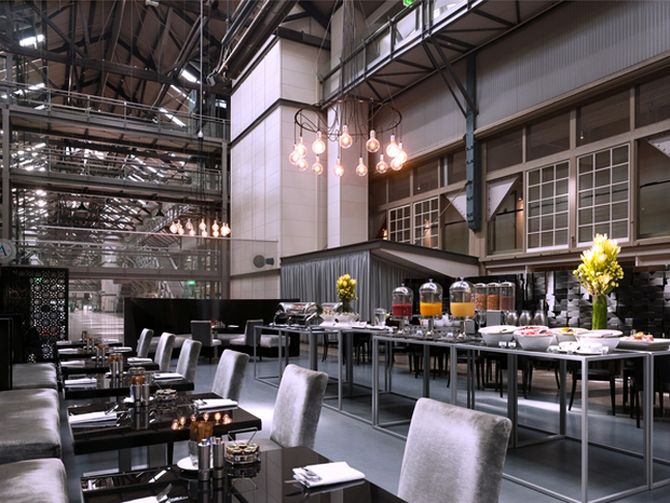 "A decline in both occupancy rates and room rates will shrink operating margins. And rising costs will accentuate that pressure. Operating margins will drop to just over 16 per cent in 2013-14, the lowest in 10 years," it had said.

So, as the honeymoon period in the sector seems to be coming to an end, global majors have started parting ways with Indian partners.

According to reports, Hilton Worldwide's partnership with Eros Resorts & Hotels is set for a termination.

Hilton had joined hands with Eros in April 2011 to manage the chain's two new hotels and one existing property in New Delhi.

In fact, Eros is now looking to divest its stake in the 160-room Hilton hotel at Mayur Vihar in New Delhi, said one such report.

The outlook is not too optimistic either. As Agarwal points out, "While some of the government policies and initiatives - like visa on arrival, tax holidays for the hospitality industry and promotion of medical tourism - can help the industry, no significant trigger for a rebound, however, is visible for the sector in 2014."