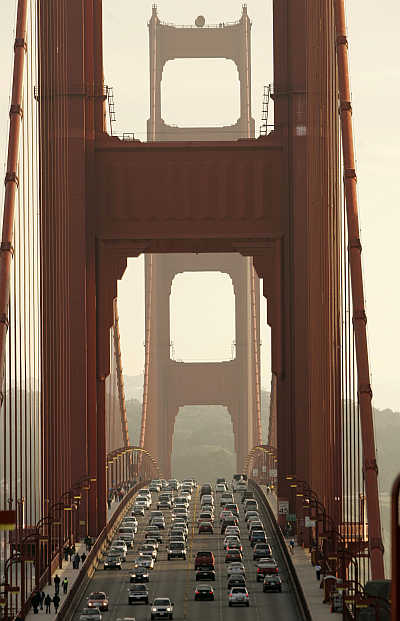 Growing population levels and rising urbanisation will triple the spending on infrastructure in emerging markets such as India over the next two decades to $20 trillion, says a University of Cambridge report, according to Allianz.

Over half of all spending needs ($12.7 trillion) are expected to be related to electricity generation, followed by roads ($4.2 trillion), mobile telecommunications ($2.0 trillion), fixed phone lines ($0.2 trillion) and rail ($0.2 trillion). While Asia will see the highest total demand for infrastructure, Africa should generally enjoy the highest growth rates due to unprecedented shifts in its demographic makeup and under capacity, it says. 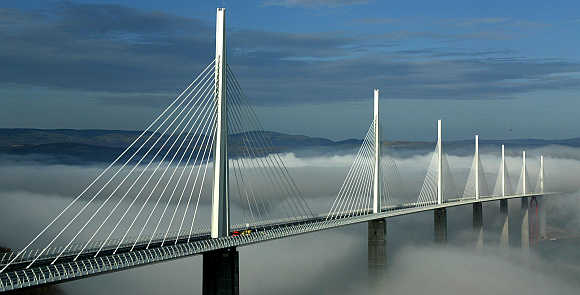 Huge investments are needed in the next 50 years to replace or repair current projects and provide new ones to serve growing populations in emerging economies. The Organisation for Economic Co-operation and Development says investments needed globally to construct new infrastructure projects or to maintain the existing ones will be around $1.8 trillion between 2010 to 2030. 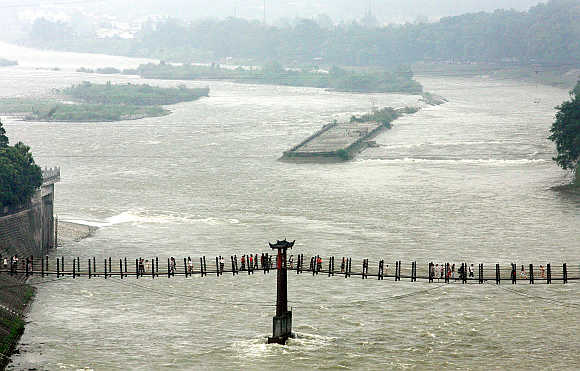 Providing water to people around the world will eat up about 50 per cent of worldwide infrastructure spending ($900 billion), says the OECD. The work will be especially challenging due to environmental changes, waste, pollution affecting 0.3 per cent of the global water presently available for human use. 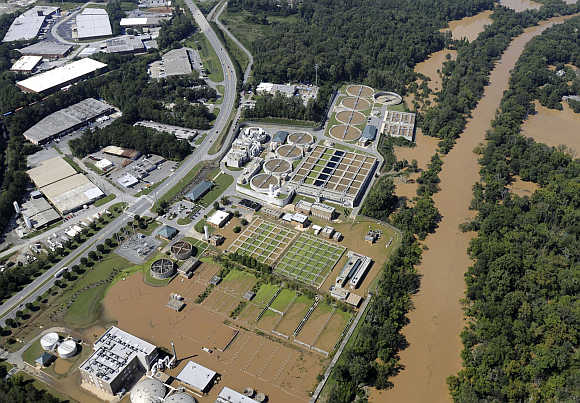 The OECD estimates that only about 58 per cent of global population has access to sanitation. Focus on sanitation requires as much attention as clean water supply as water borne diseases have a huge impact on lower-income families, which in turns has a bearing on productivity, education and health. 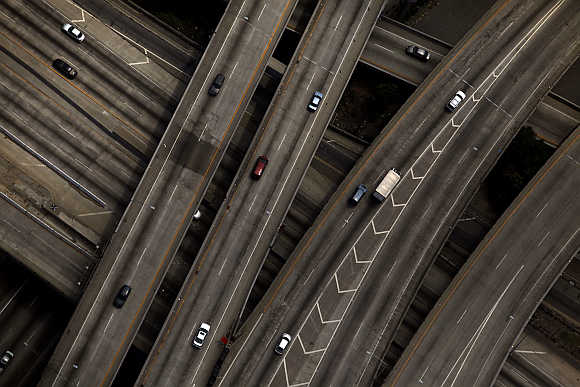 As vehicle numbers double worldwide by 2030, the OECD estimates that countries around the world will spend $200 billion on construction and maintenance of road networks every year.

India, where the number of vehicles is projected to triple, plans to increase its highways by 1,600km in the coming years. 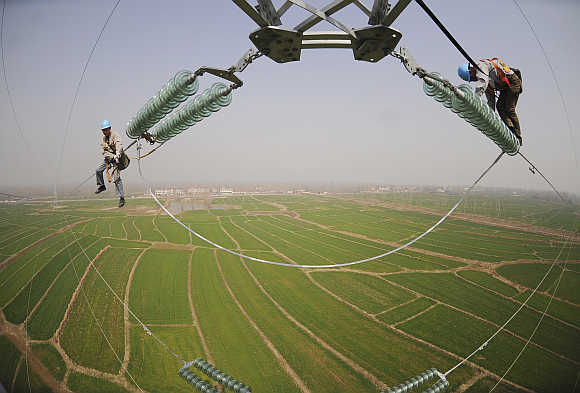 The OECD estimates that about $210 billion will be spent worldwide every year on providing electricity to people. It says China will have to spend $2 trillion by 2030 to meet its energy needs. Similarly, North America, Africa and India will have to invest huge amount of capital to increase electricity generation.

Image: Goats graze on a field next to the turbines of Czech CEZ wind park, Europe's largest on land, in Fantanele and Cogealac villages, about 250km east of Bucharest, Romania.
Photographs: Bogdan Cristel/Reuters

To meet the aim of cutting CO2 emissions agreed by the global community by 2050 will need a a complete overhaul in the way the world produces and utilises power. According to a study commissioned by the WWF, renewable energies could provide almost all of global energy requirements by mid-century. Europe, the US and China are projected to be the leaders in clean energy. 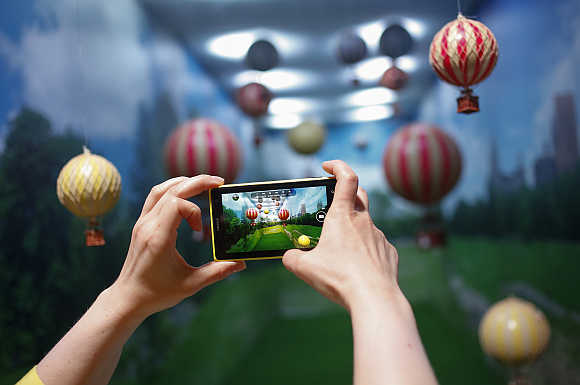 Although the world has invested a lot in telecom, more remains to be done in such areas as  sub-sea cables, fibre optic transmission lines, satellites and mobile phone towers. According to Allianz Global Investors, about 80 per cent people in the US already have Internet connection, while the number is just above 60 per cent in Europe and 25 per cent in Asia. It is estimated that Asia and Africa will see 20 and 30 per cent growth in demand respectively per year. 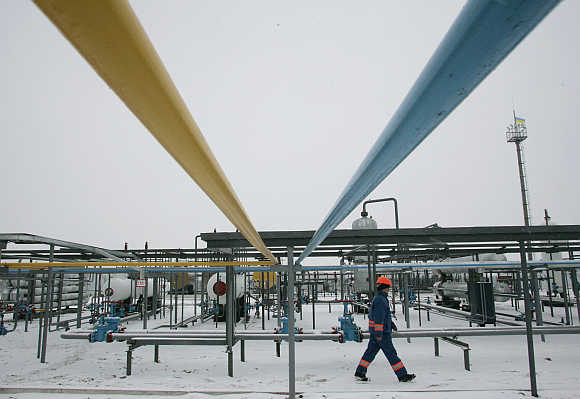 To keep a lid on energy prices, International Energy Agency estimates that investments of $10 trillion in oil and $9.5 trillion in natural gas are required around the globe over the next 25 years. It says the world could see a 50 per cent increase in gas usage compared to 2010 levels. 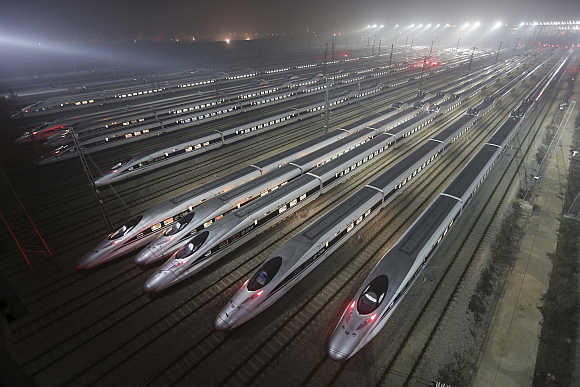 Rail travel around the world will double by 2050, according to the International Energy Agency. Globally, there will be an addition of 335,000km rail track by 2050, a 30 per cent rise on 2010 levels, including 30,000km of high speed rail projects already under construction. It says one quarter of all new rail projects will come from China and India. 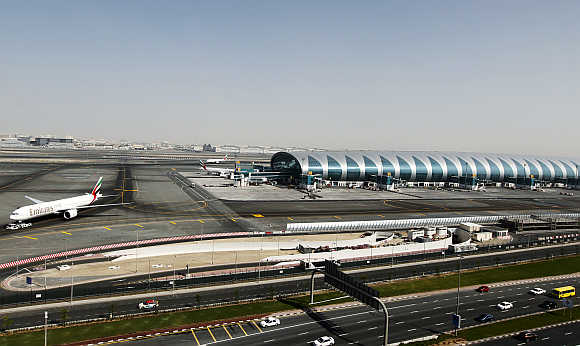 Image: A plane is seen beside the terminal dedicated for A380 aircraft at the concourse in Dubai International Airport.
Photographs: Jumana El Heloueh/Reuters

With world's major airports witnessing about 10 to 15 per cent growth per year, air travel is increasing at a rapid speed, according to the Airport Council International. Passenger numbers will see a 5.3 per cent rise every year between 2012 and 2016 to reach 3.6 billion passengers, from the 2.8 billion carried in 2011, says the International Air Transport Association. IATA adds that China, which plans to construct 56 airports by the end of 2016, will see a jump of almost 900 million passengers from 2010 to 2015. 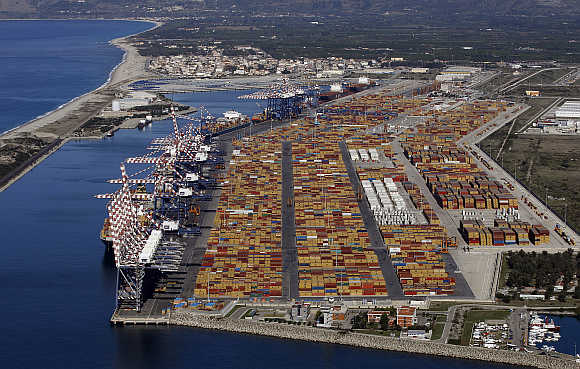 As globalisation grows, wealth increases and population rises, demand for ports and shipping facilities will see an upsurge, especially in countries focusing on export, such as Brazil. About $630 billion investment will be needed from 2015 to 2030 in port infrastructure, according to the OECD. 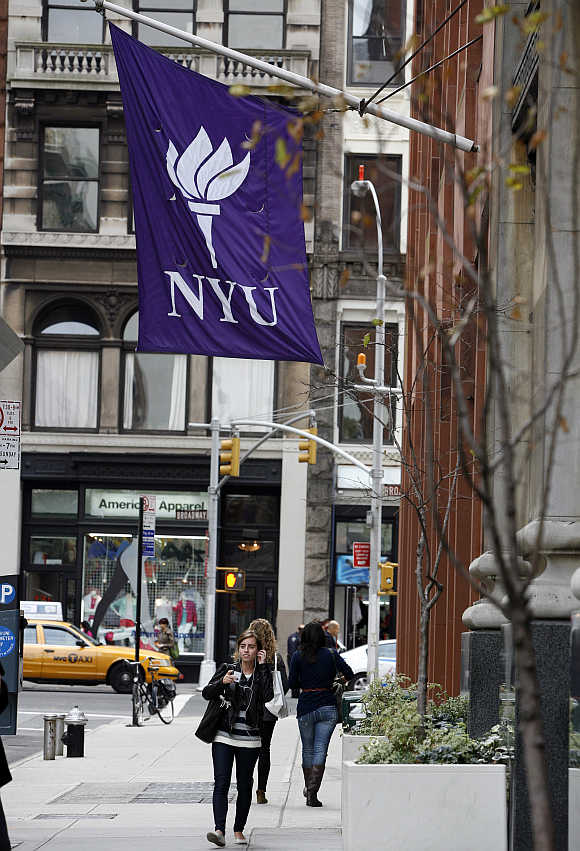 Schools will play as important role as other infrastructure factors in the years to come, especially for countries that have young population, such as India. Sixty-one million children are out of school and  200 million 15 to 24 year olds have not completed even primary school education, according to Unesco’s ‘Education for All Global Monitoring Report 2012’. 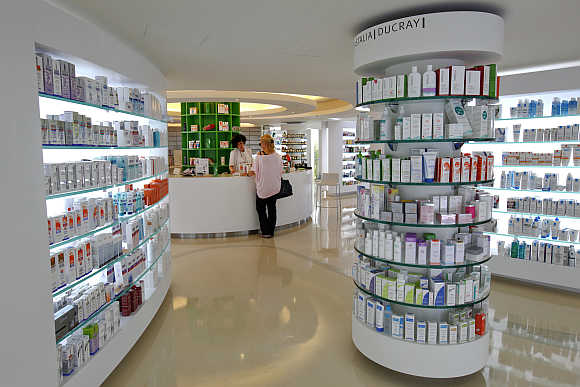 Image: An employee talks with a customer inside a pharmacy in the Glyfada suburb of Athens, Greece.
Photographs: Yiorgos Karahalis/Reuters

Spending on healthcare will double by 2050, accounting for 20 to 30 per cent of GDP for some nations and 20 per cent by 2015, according to research firm Frost & Sullivan. Some are predicting that the speed at which spending on healthcare is increasing, primarily due to ageing populations, greater longevity and chronic diseases, is simply not sustainable. In developing economies, economic growth and rising population are pushing for better facilities and medical coverage. 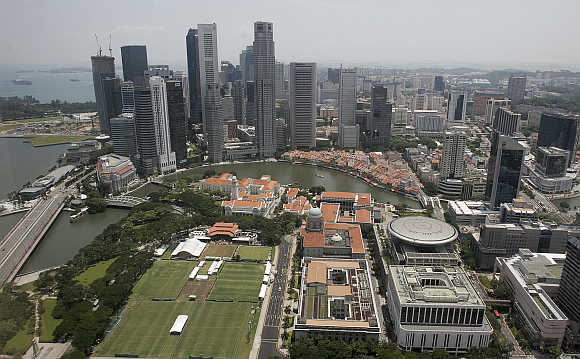 While more than 50 per cent of the world's population is currently living in major cities, the figure used to be 39 per cent in 1980, the number will jump to 67 per cent by 2050, according to the United Nations. Focus on urban development is needed in both developed and developing cities as congestion, environmental issues and disparity pose a risk. A study by McKinsey says China will see 40 billion square metres of living and working space created in five million buildings, 50,000 of which will be high-rise.