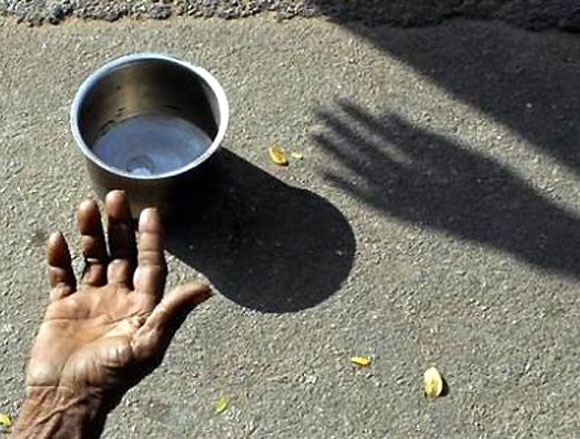 Indian government figures showing that poverty has been cut by a third since 2004 has set off a row between the country's main political parties on whether the data is accurate, and a slanging match between two of the world's best-known economists on the implications for policy.

The debate boils down to what path India should take in coming years as slower growth puts further poverty reduction at risk in the world's second-most populous nation.

The opposition Bharatiya Janata Party (BJP) backs growth-oriented reforms that would include a curb on public spending, while the ruling Congress party believes subsidies and a range of social welfare projects have lifted millions out of penury.

Neither of these parties has a commanding lead in opinion polls ahead of general elections due by next May, so they will be competing fiercely for the votes of the poor.

India's Planning Commission said last week that 138 million people - more than the combined population of Britain, Spain and Australia - had climbed out of poverty between fiscal 2004/05 (March-April) and 2011/12. That left the official number of poor among a population of 1.2 billion at 269 million.

"The reduction of the poverty level across the country is a clear manifestation and endorsement of the pro-poor policies and the policy of inclusiveness of the UPA regime," said Bhakta Charan Das, a spokesman of Congress and its United Progressive Alliance (UPA) coalition that has been in power since 2004. 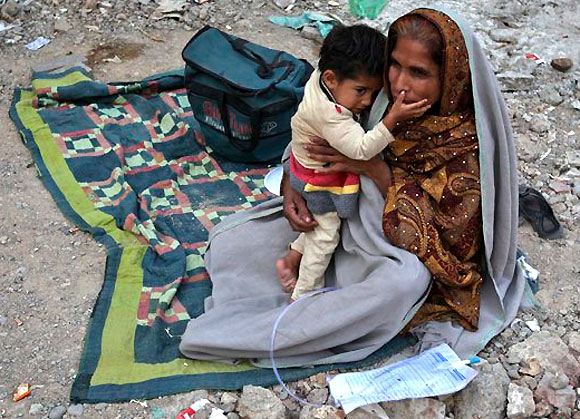 Image: Two-year-old Shiraz, who is a kidney patient, is carried by his mother as they await their turn for a medical checkup.
Photographs: Akhtar Soomro/Reuters

Critics say the numbers have been massaged to look good and any gains are pitiful compared to countries like China or Indonesia.

Congress party policies, which include guaranteed employment for 100 days a year and plans to provide subsidised grain to 800 million people, are also a huge financial drain. India's budget deficit is already around 5 percent of GDP and is seen as a major contributor in drooping investor sentiment.

"It is certainly an achievement," said Nobel laureate Amartya Sen of the reduction in poverty. "Is it a fantastic achievement? No, because the poverty line is low."

A Harvard University professor of economics and a confidant of Prime Minister Manmohan Singh, Sen is widely seen as a major influence on the Congress party's jobs and food programmes.

Jagdish Bhagwati, professor of economics and law at Columbia University, says Sen is an apologist for Congress and its brand of welfare spending at the cost of reforms.

"Sen is not simply wrong; he also poses a serious danger to economic policy in India," Bhagwati wrote in a newspaper column.

"The UPA government is now poised to damage the economy, and to harm the poor ... because its near-paralysis on track I reforms has meant that revenue growth has slowed too, making it more difficult to finance the track II reforms on health, education and PDS (public distribution system) expansion for the poor.

"At the same time, owing to electoral pressures and with the populist rationales provided by the likes of Sen, the expenditures on such track II policies are set to go up this year."

Sen, Bhagwati and Prime Minister Singh all studied economics at Britain's Cambridge University in the 1950s. 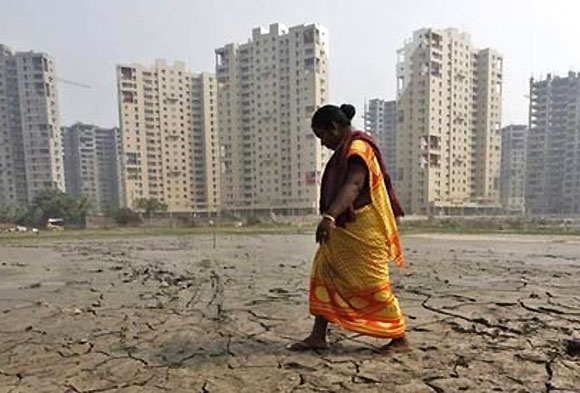 Many economists say the Congress party-led government has delayed decisions on opening up the insurance and pension sectors for foreign investment, tax and other reforms and that the inertia has squandered gains of high growth before the 2008 global crisis.

The BJP, which pursued high-growth policies when it was in power from 1998 to 2004, says the Planning Commission's figures on poverty are fixed, and aimed at giving Congress a pre-election boost.

"The government only wants to showcase their achievements with artificial figures before elections," BJP spokesman Prakash Javedkar said. "So far as the BJP is concerned we want a decent living for the poor. We want their empowerment, not simply alleviation of poverty."

The government, by contrast, says the number of poor dropped to 269 million in 2012 from 407 million in 2005. However, it uses about 5,000 rupees ($83) per month for a five-member family as its poverty line for urban areas, an amount critics say would barely cover food costs, let alone shelter, clothing and other necessities. 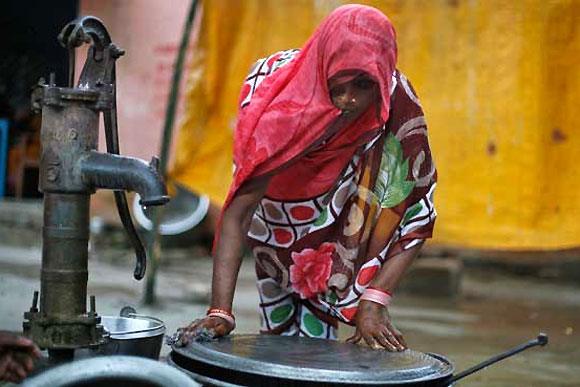 Many international economists agree that India has reduced poverty, but it still has a long way to go.

India's achievements, however, compare poorly with other Asian nations. In China, for instance, poverty levels fell to 12 percent in 2010 from 60 percent in 1990, according to the World Bank.

Many of India's poor scoff at the idea that they are better off than they were in 2004.

"In the past five years, nothing has changed in my life," says Nitai Karmakar, a resident of the eastern city of Kolkata. The 31-year-old, who makes about $84 a month washing cars of residents in a housing colony, says he is not able to marry because he cannot feed another person.

Palani, a security guard in the southern city of Chennai, says he takes care of his wife, two children and an 80-year-old mother on an income of $67 a month.

"We just about manage our expenses and sometimes borrow to make ends meet," said the 49-year-old. "But we cannot budget for times when kids fall sick and we unexpectedly end up spending on doctors' visits and medicines." ($1=61.10 Indian rupees)