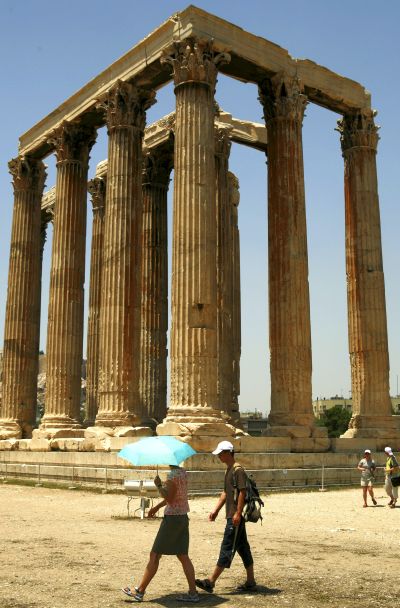 The Eurozone crisis changed the economic landscape of the world. Many countries in the Eurozone that were doing well suddenly were grappling with piling debt, a banking crisis and a slowdown.

India too is facing crisis of its own with value of rupee eroding and high-level of government debt. Among the BRICS economies (Brazil, Russia, India, China and South Africa), India has the second highest unemployment rate after South Africa.

Countries such as Pakistan, Indonesia, Kazakhstan, and Sri Lanka have a lower unemployment rate compared to India.

Prior to the global economic crisis of 2008, Greece’s economy was one of the fastest growing in Eurozone. The crisis hit the countries main industries - shipping and tourism.

The government kept spending heavily to keep the economy function and the country’s debt piled up leading to fear of default.

The crisis was of such a level that 111,000 companies went bankrupt in 2010, according to Wikipedia. The country currently is seeing one of its worst recessions. 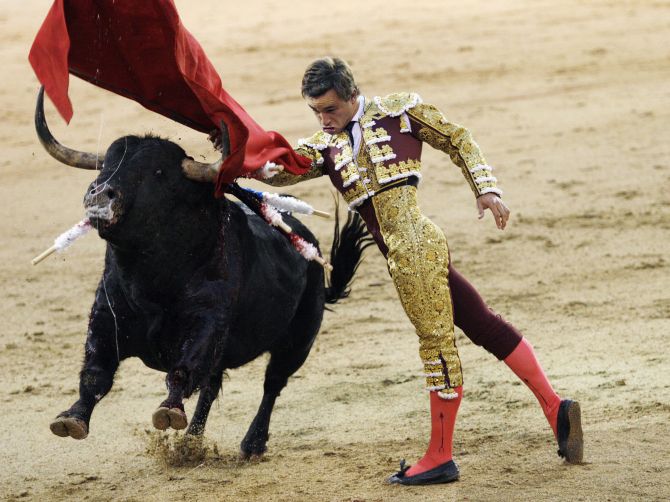 Like in the US, Spain had to bailout its bank that went bankrupt due to reckless lending to real estate. This crisis had a ripple effect on the economy and the unemployment rates started climbing. 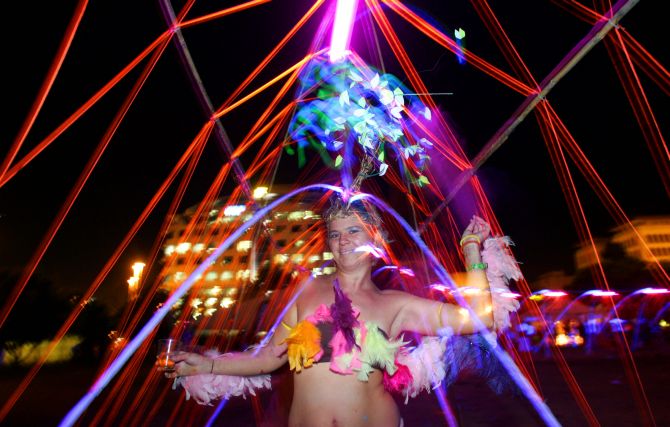 Though World Bank describes South Africa as an upper-middle income economy, poverty in the country has always been a major problem. And though the official estimates put unemployment at 25.2 per cent, some unofficial estimates suggest it to be as high as 40 per cent.

Some of the major industries in the country include mining, vehicle manufacturing and assembly, food processing, clothing and textiles, telecommunication, energy, and financial and business services. 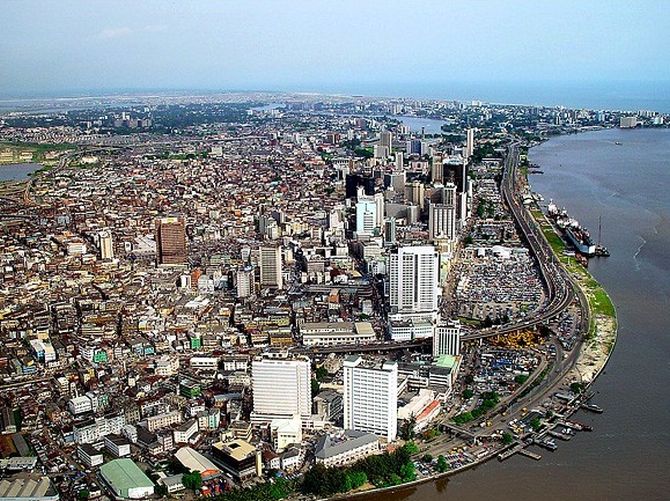 Nigeria is a middle income, mixed economy, and emerging market, with expanding financial, service, communications, and entertainment sectors, according to Wikipedia.

The economy of the country has suffered because of mismanagement in the past. This may change. Various research reports say that the country’s economy will see a rapid growth in the near future and it could be 20 biggest economy in the world by 2020. 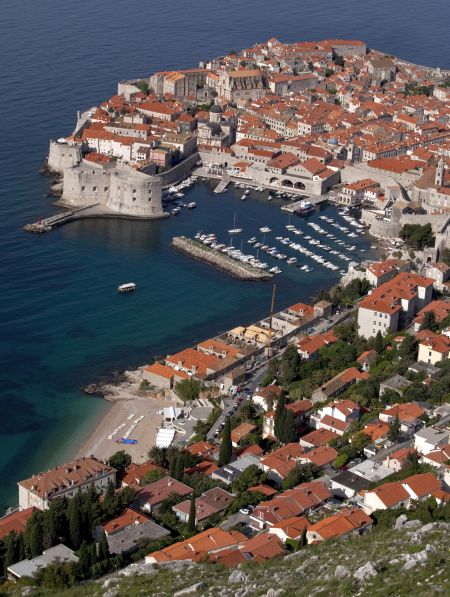 Croatia’s service-based economy was badly affected during the global financial crisis of 2008 and has not been able to recover yet.

The country, which joined European Union in July this year, has the third highest unemployment rate in the region.

Some of the major industries Croatia include shipbuilding, tourism, and food processing. 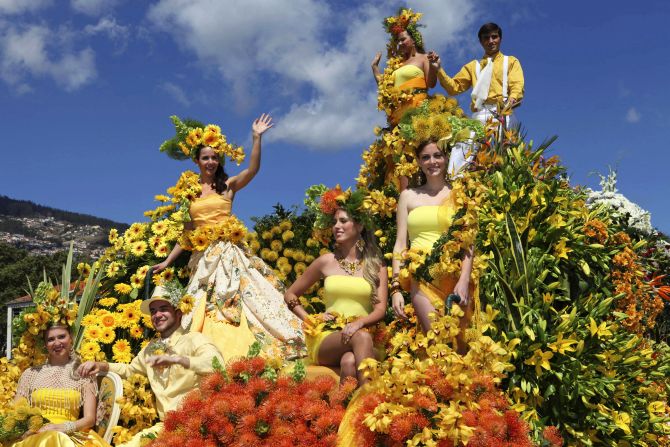 Image: People participate in a parade on a float at the Madeira Island Flowers Festival in Funchal.
Photographs: Duarte Sa/Reuters

The Financial Crisis of 2008 continues to severely affect the Portuguese economy and it continuous to shrink.

The crisis has caused a wide range of domestic problems that are specifically related to the levels of public deficit, as well as the excessive debt levels, in the economy. 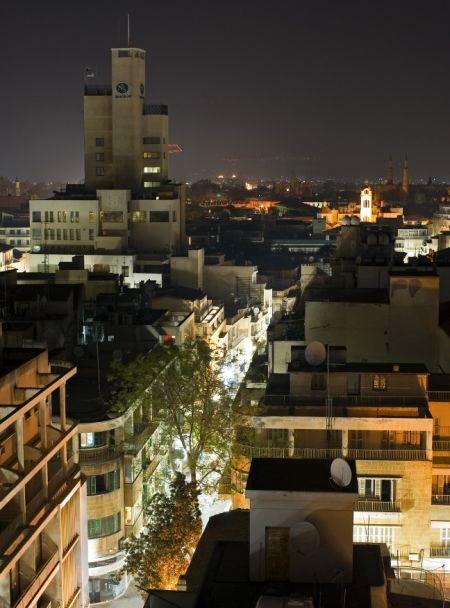 Another economy of European Union that is deep in crisis. Cypriot banks crashed because and the country was also affected by the Greek crisis.

Rating agencies have downgraded Cyprus’ investment status to junk and the the country is still grappling with crisis. 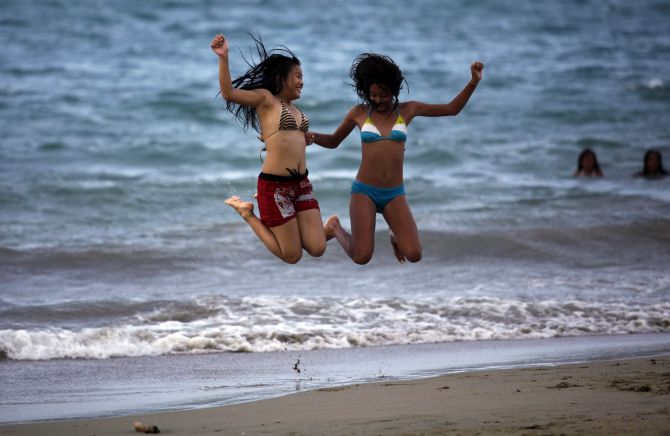 Image: Tourists jump as they enjoy a day on the beach in Cabarete.
Photographs: Eduardo Munoz/Reuters

Dominican Republic is an upper middle-income according to the World Bank, The country is a developing economy primarily dependent on agriculture, trade, and services, especially tourism.

Tourism is the single biggest revenue earner for the country that employs over 50,000 people directly and more than 110,000 indirectly.

Image: Fishermen silently sit in their boat, camouflaged by the colours of the fall, waiting for their catch at Liptovska Mara dam, Slovakia's favorite fishing destination.
Photographs: Joe Klamar/Reuters

The economy of Slovakia is a high-income economy. Slovak economy is considered a tiger economy and is known as the Tatra Tiger. Its capital, Bratislava, is the largest financial centre in Slovakia. 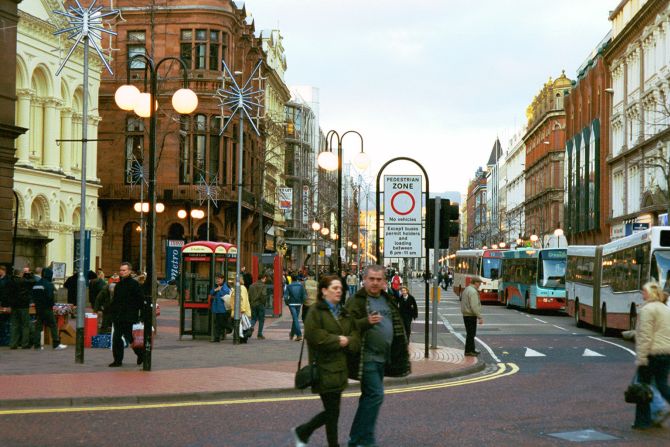 The country was once called as Celtic Tiger for its fast-paced economic growth. The financial crisis of 2008 not only put brakes to its pace but also affected the country severely.

The country also saw its property market crashing around the time of global financial crisis that further caused banking crisis in the country.

Ireland’s economy is also taking its time to get back on track due to European financial crisis but the country hopes to return to positive growth in 2014. 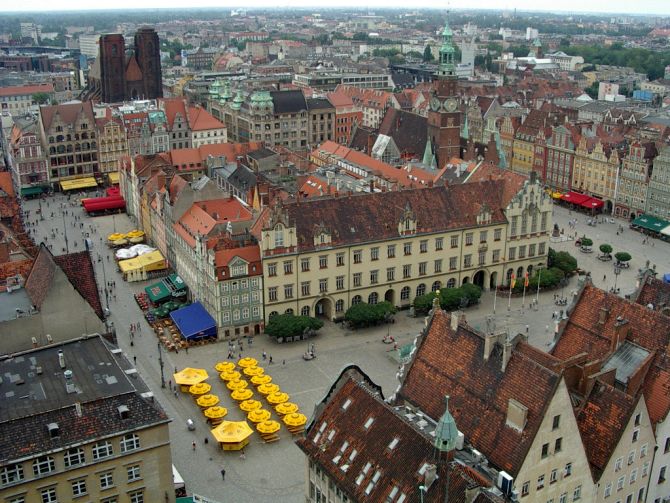 The unemployment rate is on a rise compared to pre-2008 period but Poland is one among the few countries in the European Union that has weathered the financial crisis storm.

Though Poland has a very favourable business climate for foreign companies, local entrepreneurs are driving the economic growth. 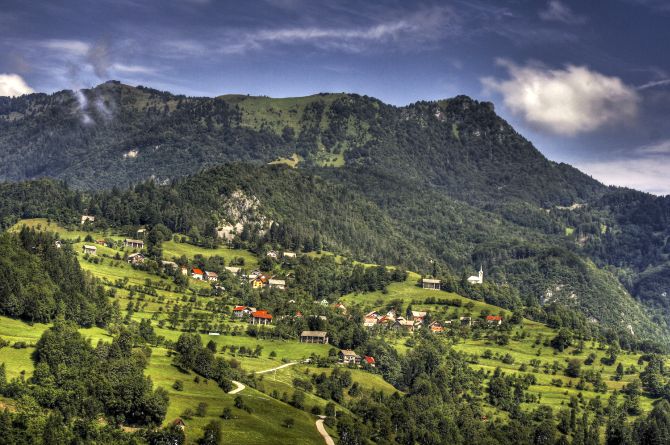 Most of Slovenia’s highly educated workforce is employed in services sector and since the global and European financial crisis, they are witnessing some hard time.

The country’s economic growth is negative and as of now, the near future does not look too bright. 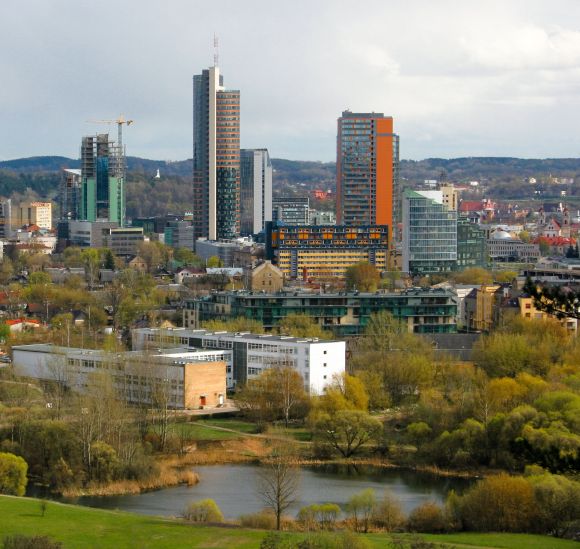 Despite being affected by the financial crisis, Lithuania seems to be bouncing back. In some quarters in the past three years, it showed positive economic growth.

The country has excellent telecommunication infrastructure and well-educated, multilingual workforce.

The country’s government expects the unemployment rate to remain above 10 per cent in 2014 but the economy to return to pre-cisis level by then. 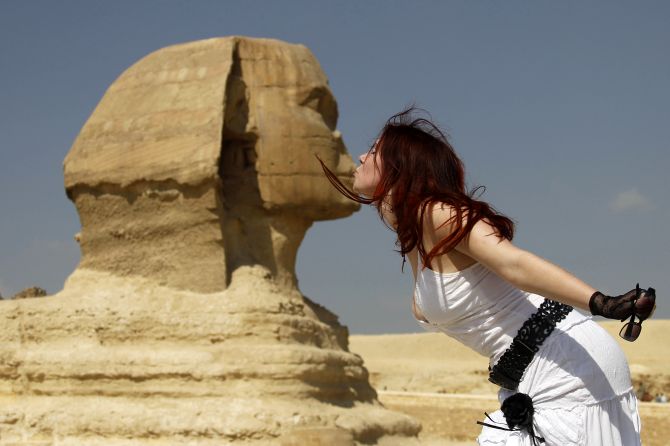 Image: A tourist poses for a picture with the Sphinx at the Pyramids of Giza in Cairo.
Photographs: Jamal Saidi/Reuters

Since 2000, Egypt undertook economic reforms and saw economic growth average around 5 per cent annually. This growth, however, never trickled down to masses and the unemployment, especially among youth under 30, has been plaguing the country.

The 2011 unrest further spoiled the economic situation of the country and rating agencies downgraded the country’s investment status. 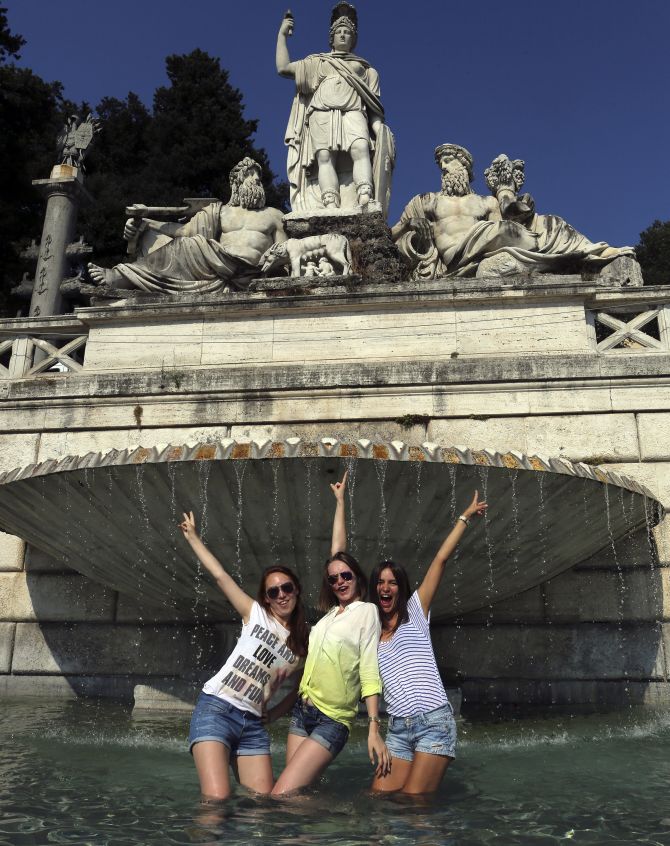 Image: Girls pose for a picture in a fountain on a hot summer's day in Rome.
Photographs: Alessandro Bianchi/Reuters

Italy was hit hard by the economic crisis of 2007–2011 sending the economy into recession.

According to the EU's statistics body Eurostat, Italian public debt was 116 per cent of GDP in 2010. This was the second biggest debt ratio after Greece (with 126.8 per cent) then.

The country has been taking measure to reign in the debt but things worsen after Standard & Poor's and Moody's downgraded Italian sovereign debt rating in 2011 because of "Italy's weakening economic growth prospects." 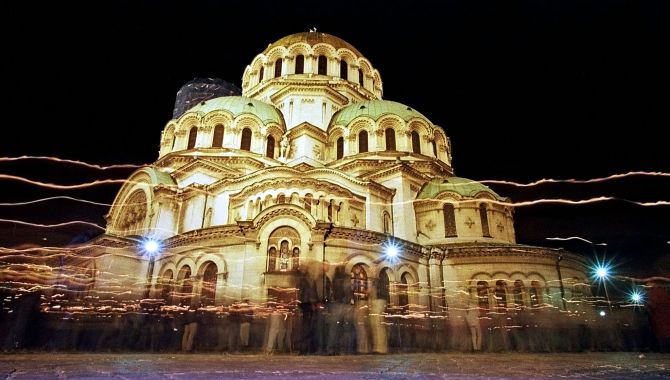 Having a large private sector and a small public sector, Bulgarian economy functions on the principles of the free market.

The global financial affected Bulgaria’s economy and has been creating downward pressure on jobs, too.

Consumer spending and foreign investment has dropped dramatically and depressed growth since the crisis. Unemployment has been over 10 per cent. 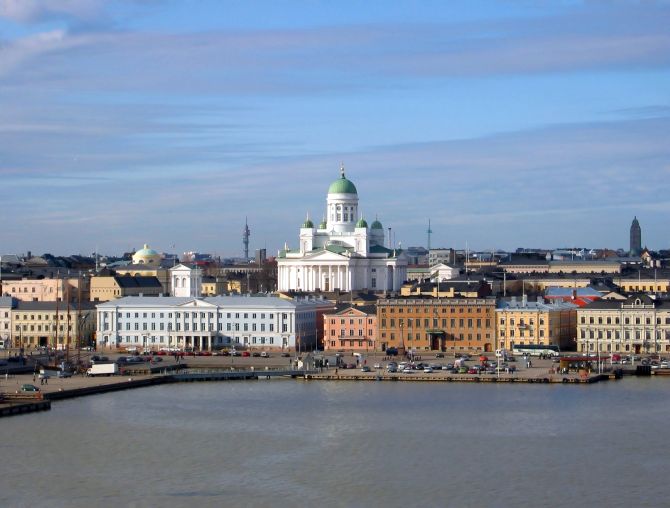 Until now, Finland has not been able to withstand the pressure that economic crisis exerted.

The economy has failed to exit its second contraction in four years though other members of the euro area managed to perform positively in the last quarter.

Demand for Finnish products continue to declined internationally as well as in the domestic market and companies are doing further cost cutting. 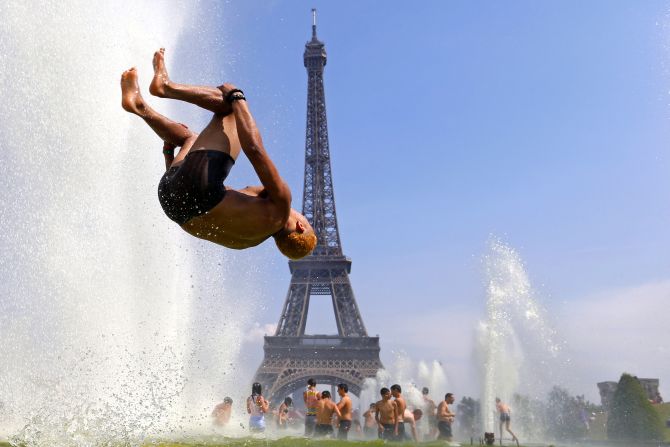 Image: A man jumps in a fountain of the Trocadero Square in front of the Eiffel Tower.
Photographs: Benoit Tessier/Reuters

France has long been part of world’s wealthiest and most developed nations. When hit by the financial crisis of late 2000s, the country even managed to return to positive growth after a few quarters of contraction.

However, questions are being raised about sustenance of its positive growth for the country still has over three million unemployed and deep spending cuts continue. 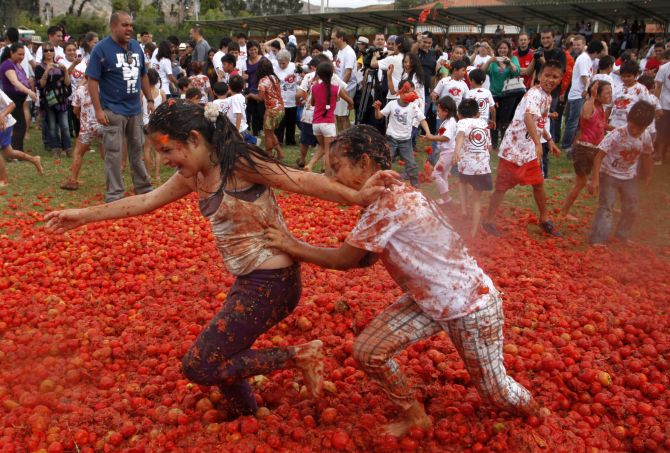 The free market economy of Colombia depends on exports of which main export products are oil and coffee.

Though the company is benefiting with continued liberalisation, the economic growth benefit is not trickling down to the lower strata, who are currently protesting against the government’s economic policies. 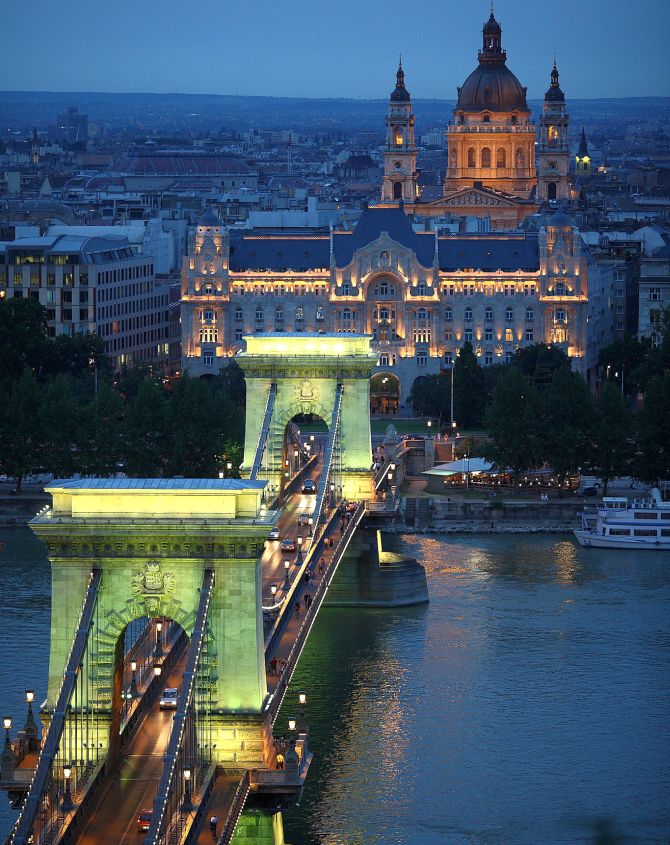 Declining exports, reduced domestic consumption and fixed asset accumulation hit Hungary hard during the Financial Crisis of 2008, making the country enter a severe recession of, one of the worst economic contractions in its history, according to Wikipedia.

Following the crisis there were job cuts and the country is currently grappling with the economic problems similar to other European countries. 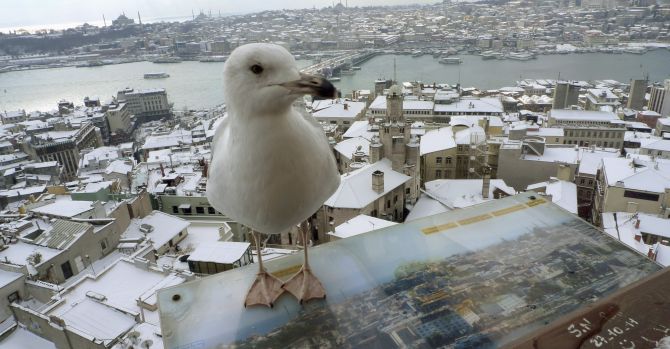 Image: A seagull sits at the observation deck of the historical Galata tower with snow-covered Karakoy district and the old city in the background in Istanbul.
Photographs: Murad Sezer/Reuters

Turkey’s unemployment rate, however, has remained around 10 per cent in recent times. 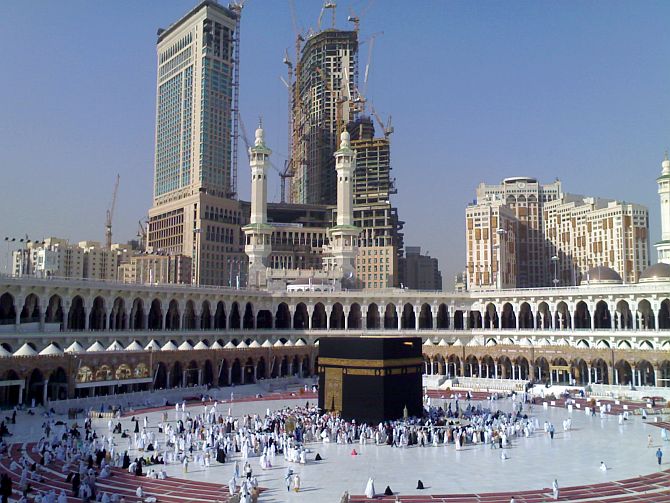 Realising the high level of unemployment, Saudi government has been diversifying its economy and encouraging private sector growth. 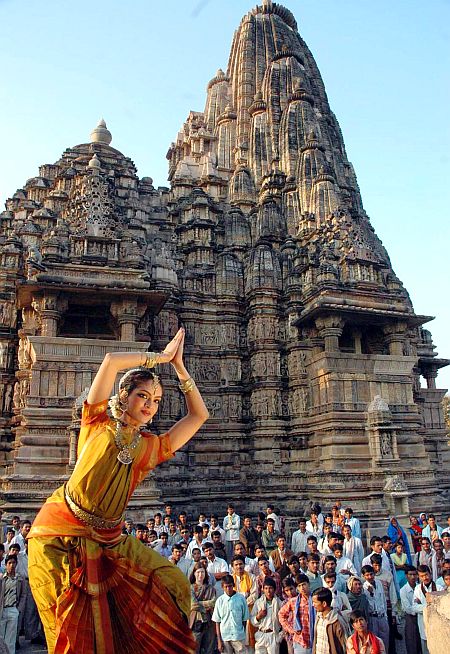 The economic situation has worsened in the country forcing Prime Minister’s Economic Advisory Council to lower its growth target for the current financial year.

With elections due in few months, the government too is not taking any active reforms. Rather, it has been pushing populist schemes such as Food Bill that can affect fiscal deficit. 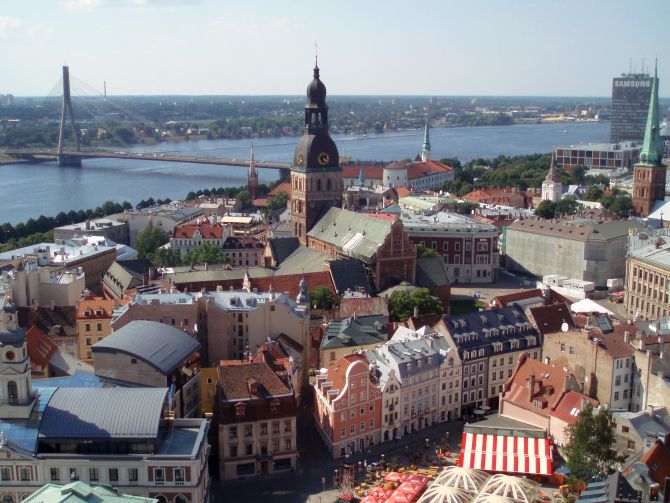 Image: View of Riga towards the cathedral and Vansu Bridge.
Photographs: David Holt/Reuters

Like most European countries, Latvia too was had a fast-paced economic growth. It touch 10 per cent annual economic growth rate in 2006-07 before the economic crisis hit the country.

In 2008, the country entered a severe recession because of an unsustainable current account deficit and large debt exposure amid the softening world economy.

Latvia was bailed out by European Union and International Monetary Fund following the recession and collapse of its banks. The country’s economy, however, have started recovering recently. 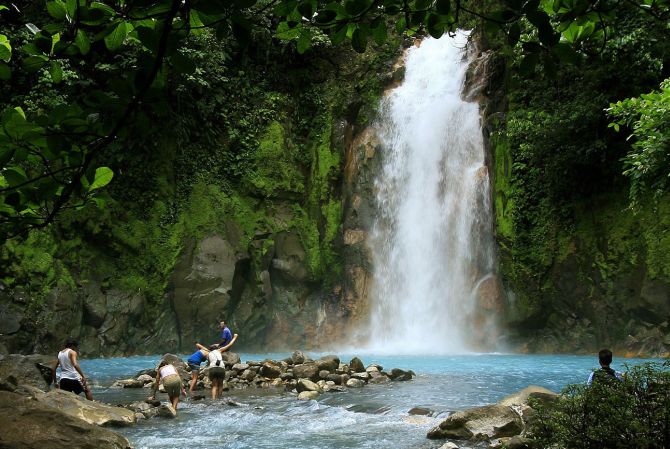 The economy of Costa Rica is very stable, and depends essentially on tourism, agriculture, and electronics exports.

According to CIA’s World Factbook, foreign investors have remained attracted to Costa Rica because of it political stability and relatively high education levels, as well as the incentives offered in the free-trade zones.

Though the country is stable and has a high per capita income of $11,900, poverty has remained 15 - 20 per cent for about two decades.