Sign in  |  Create a Rediffmail account
Rediff.com  » Business » Can Anil Agarwal tide over the crisis in India? 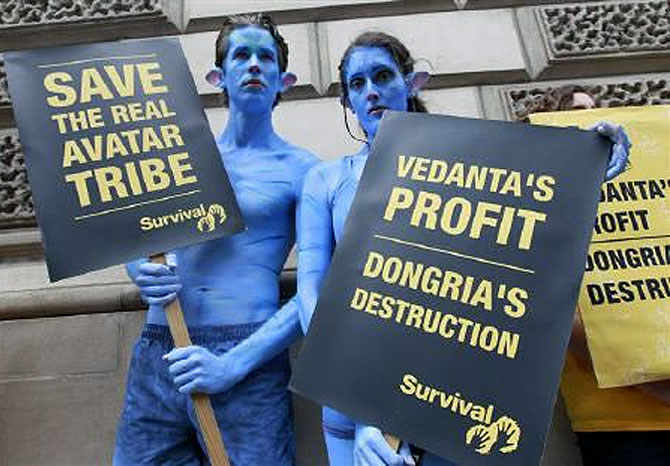 The company has set up an aluminum complex in the state of Orissa but cannot extract bauxite from the mines allotted to it in the Niyamgiri hills because of opposition from the tribes who believe their deity resides there.

As a result, Vedanta Aluminum’s alumina refinery, located at Lanjigarh, is functioning at 70 per cent of its capacity, and the company has to incur an additional annual expenditure of Rs 600 crore to source bauxite.

Agarwal also said he would have been better off had he bought Asarco, a US  mining company, instead with the money. (He had unsuccessfully bid $2.5 billion for the then bankrupt US-based copper miner in 2009.) “It would have been a feather in my cap,” he said.

Actually, Agarwal is up against a lot in India: environmentalists, activists, government regulations and a huge pile of debt.

Sesa Sterlite, the Vedanta Resources-owned holding company for all his operations in India, has a debt of  Rs 102,000 crore on its books. Analysts attribute the pileup to Agarwal’s various investments in India.

The average rate of interest on the debt is now known. If it is 12 per cent per annum, it could drain  Rs 3,000 crore from Sesa Sterlite’s gross earnings every quarter — not a small amount in these days of low growth and tight liquidity. 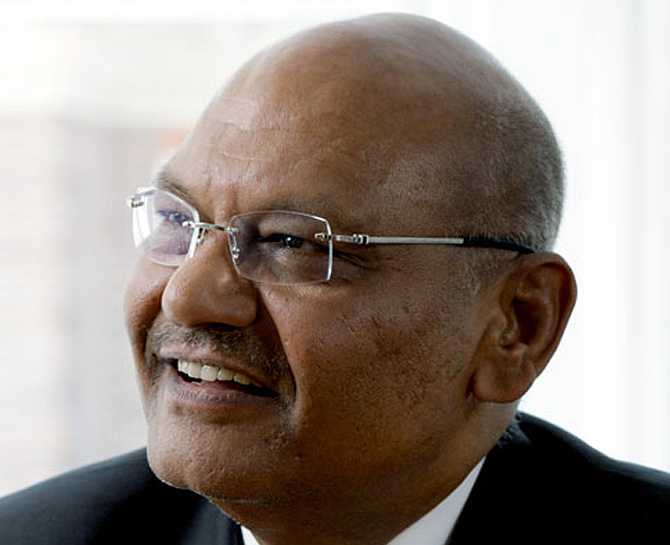 Agarwal does not spell out his plans on how the company hopes to deal with this cash outgo. But there are some robust sources of revenue in his portfolio.

To begin with, Cairn India, the crude oil producer in which Agarwal had bought 58.5 per cent stake in December 2011 for $8.67 billion, is one of them. “Our crude oil business will be the engine of growth,” Agarwal tells Business Standard.

The outlook could improve further in the days to come. Cairn India CEO P Elango has said the company plans to invest Rs 18,000 crore in its oilfields at Barmer in Rajasthan over the next three years in order to ramp up production.

This could strengthen the cash flows. A recent JP Morgan report says: “We expect Cairn India to deliver average production growth of 13 per cent per annum in the medium term, biased to high margin oil output. A high reserve life underpins its growth outlook.”

In a clear indication of the cash in the coffers, the Cairn India board has cleared a  Rs 5,725-crore (Rs 57.25 billion) share buyback for 8.9 per cent of the total equity shares, which will give Agarwal better control over the company. Apart from Cairn India, Hindustan Zinc too has sizeable cash reserves: in excess of Rs 22,000 crore (Rs 220 billion). 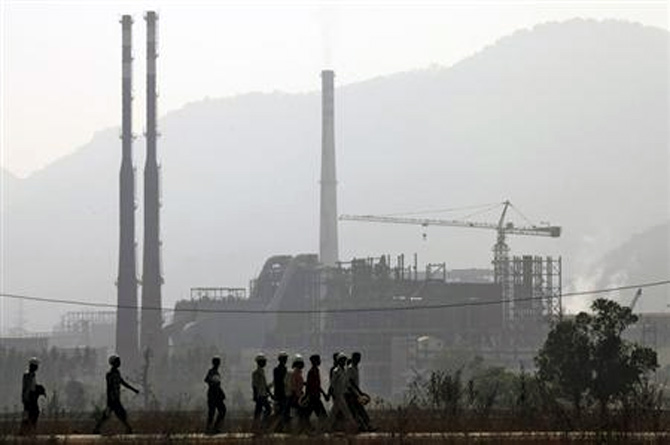 Image: Workers walk in front of the Vedanta Aluminium factory in Lanjigarh in Orissa.
Photographs: Reuters.

Hoping for a breakthrough

Quietly, Agarwal is trying to resolve the other issues. Most important of these is the bauxite imbroglio in Orissa. At the moment, about half of the supply to the Lanjigarh refinery is coming from the Bharat Aluminum Company, or Balco, mines in Chhattisgarh, and the rest from Gujarat and overseas.

Transporting that all the way to Lanjigarh is expensive. To get over the problem, Agarwal has tied up with Larsen & Toubro. Way back in 1992, L&T had been allotted prospecting licences for bauxite mines in Orissa.

Two years later, the state government refused to convert them into mining licences because L&T had no factory to use the bauxite and add value to it. (Rules laid down by the state government says only those companies can mine raw material that have a downstream manufacturing unit in Orissa.)

In 2005, L&T tied up with Dubai Aluminum to set up a refinery and smelter in the state (at Raykal) at a cost of Rs 30,000 crore. A new company Raykal Aluminum was set up for the purpose.

In 2012, Dubai Aluminum walked out and Agarwal’s Sesa Sterlite bought a 24 per cent stake. 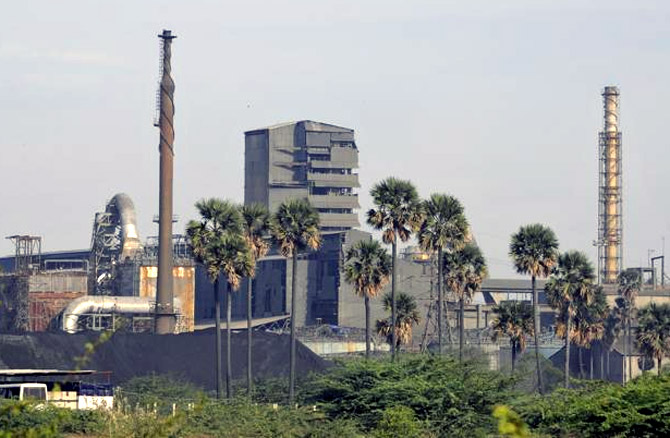 Agarwal, as well as L&T, has demanded that the mining leases for the two mines should be restored because now there is a plant to add value: Vedanta Aluminum’s Lanjigarh refinery. In fact, Agarwal, along with L&T Chairman AM Naik, last month met Orissa Chief Minister Naveen Patnaik to urge him to decide quickly on the proposal.

“The chief minister said such a proposal is under consideration and a decision will soon be taken,” Agarwal told reporters after the meeting in Bhubaneswar. A source in the state government told Business Standard that all the legal angles have been studied and a decision will be taken soon.

A somewhat similar problem had arisen at Sesa Sterlite’s copper factory at Tuticorin in Tamil Nadu. The unit, which meets 45 per cent of the country’s demand for copper, had to down its shutters earlier this year after the Tamil Nadu Pollution Control Board alleged that its emission were beyond the permitted levels. Some residents of the port city had complained they had experienced discomfort while breathing and irritation in the eye.

The company denied the allegations and said it had invested Rs 500 crore (Rs 5 billion) to install anti-pollution devices. The matter went to the National Green Tribunal. It constituted a two-member expert committee to study the matter, and, based on its report, gave a clean chit to the factory.

It reopened but after a shutdown of 85 days, which, the company claimed, caused it a revenue loss of Rs 4,000 crore (Rs 40 billion). But that’s not the last one has heard on the matter: the Tamil Nadu Pollution Control Board has challenged the order in the Supreme Court. 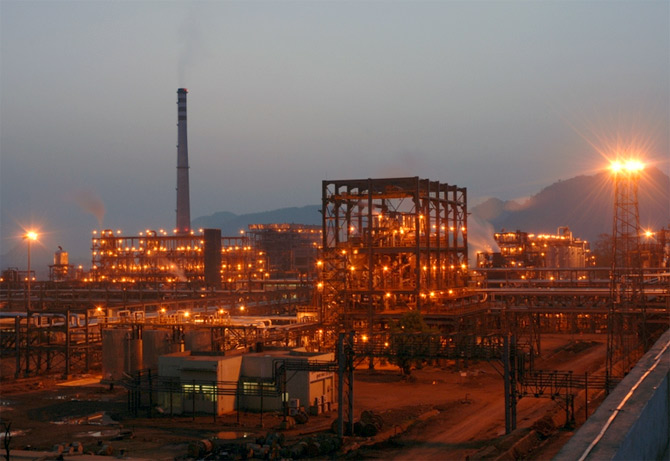 Agarwal also had to bear the brunt of the Supreme Court’s decision to stop all shipments of iron ore from Karnataka and Goa over allegations of illegal mining.

This hit Agarwal hard — Sesa Sterlite was the biggest miner in the two states. According to the Federation of Indian Mineral Industries, following the ban, iron ore exports declined drastically by around 70 per cent to 18 million tonnes by the end of 2012-13. India, which was the third-largest iron ore exporter in the world, is expected to become a net importer of iron ore in 2013-14.

However, the Supreme Court in April allowed partial resumption of mining in Karnataka. As a result, Sesa Sterlite will be allowed to mine 2.3 million tonnes of iron ore annually in the Chitradurga district.

This is about 38 per cent of what the company was mining before the ban. The operations are expected to start once the monitoring committee appointed by the Supreme Court gives its nod. In Goa, a final verdict from the Supreme Court is still awaited. “We expect to recommence mining in Karnataka soon and are hopeful that the Goa mining suspension will be resolved by the Supreme Court, which will be helpful to the government exchequer and the local economy,” Agarwal says.

Agarwal also faces resistance from the Union mines ministry in his bid to raise his stake in Hindustan Zinc (from 64.9 per cent) and Balco (51 per cent). He had bought both the companies in disinvestment when the National Democratic Alliance, led by the Bharatiya Janata Party, was in power (1998 to 2004).

He has got the backing of his shareholders to buy out the government’s minority stake in the two companies for $3.48 billion (over Rs 21,500 crore). While the finance ministry feels that selling the government’s residual stake sale in Hindustan Zinc and Balco does not require an amendment to the Nationalisation and Miscellaneous Provisions Act, 1976 as these are not public sector undertakings any longer, the mines ministry feels otherwise. The finance ministry is likely to soon circulate a cabinet note on the stake sale in Hindustan Zinc.

That should bring some cheer to Vedanta. 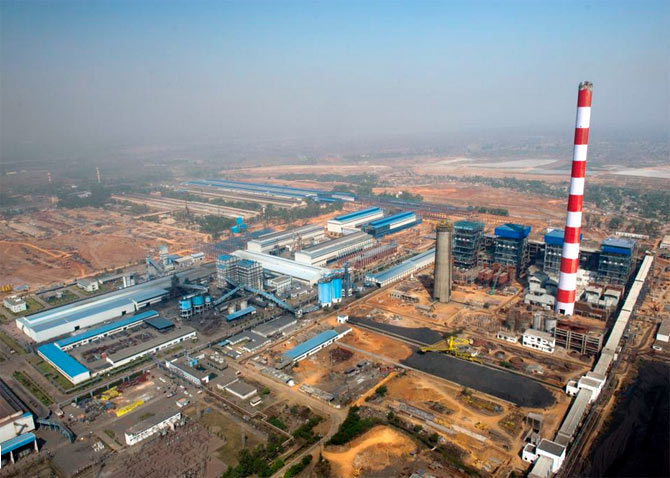 Image: An aerial view of the Balco plant at Korba.
Photographs: Courtesy, Vedanta

It has major iron ore reserves in Liberia, which takes the group’s overall iron ore production to 16.8 million tonne per annum. Cairn India, in which Vedanta owns a majority stake, has assets in South Africa and Sri Lanka. While 3D seismic study for data acquisition is going on in South Africa, evaluation to monetise the discovered gas is underway in Sri Lanka.

The group also holds the oldest continually operating copper mining field in Australia. The copper business posted a revenue of $4.2 billion in 2012. Much of Vedanta's global footprint has been acquisition driven— to be precise,13 companies in 10 years.

ROADBLOCKS ON THE WAY