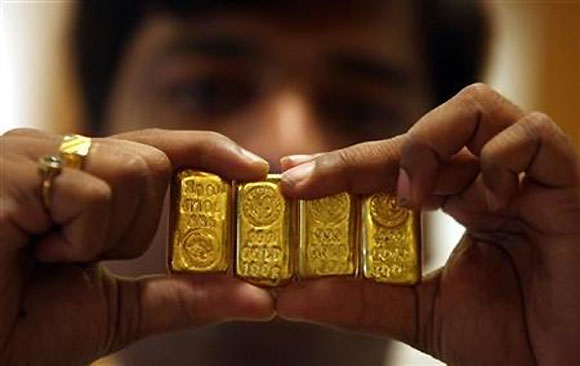 On Friday, members of the Armed Police Battalion at Dhaka’s Shahjalal Airport arrested one Mizanur Rahman Ripon, who had returned from Singapore with 400 g gold, besides other things.

The haul was worth over seven million takas. Earlier, on July 6, Customs had seized gold bars weighing 25.3 kg and worth around 90 million takas from the toilet of a Biman Bangladesh Airlines aircraft.

Last week, the Nepal Police seized 35 kg gold biscuits being smuggled from China. The seizure was done at Tatopani, one of the busiest trading points between Nepal and China located 120 km north of Kathmandu.

These consignments might well have been meant for India, given that local demand in these countries, according to traders, is negligible when compared with that in India. As India has been taking measures to clamp down on imports of the yellow metal, instances of gold smuggling have started increasing in its neighbouring countries.

Local traders in those countries, who confirm a sudden surge of such instances, are even requesting their respective governments to take corrective steps.

Sumant Man Tamrakar, general-secretary of Nepal’s National Gems & Jewellery Association, referring to the Tatopani haul, says such consignments smuggled from China can move into India because these are out of the Customs net.

He says gold that comes via regular channels might not be smuggled because recent duty hikes have made that unviable.

“Following the Budget speech, duty on gold increased from 3,000 Nepali rupees per 10 g to 3,600 Nepali rupees. At these prices, smuggling will not happen,” says Tamrakar. 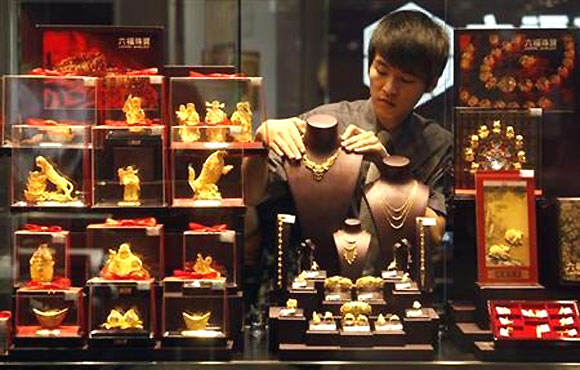 Nepal Gold & Silver Dealers association (Negosida) President Mani Ratan Shakya, speaking to Business Standard over telephone from Kathmandu, said: “We are demanding that tax on gold be increased so that the commodity in Nepal is at least 1,200 Nepali rupees per 10 g more expensive than in India. At current levels, the difference is about 750 Nepali rupees. But sometimes, when there is fluctuation in currency levels and the Indian currency is in short supply, smuggling happens.”

According to Shakya, Negosida has also asked Nepal’s central bank to double the daily gold limits. “The supply is restricted to 15 kg a day. The A-class commercial banks allow the association to buy up to this limit and then distribute it to members according to demand. The current demand is about 40 kg per day. Since the festival season is near, we are demanding the central bank allow at least 30 kg a day. They have yet to respond,” he said.

According to the Nepal Rashtra Bank's monetary policy review for 2011-12, total merchandise imports continued to increase over the past few years, mainly due to a significant rise in imports of petroleum products and gold. Gold imports reached 22.82 billion Nepali rupees during the first eleven months of the financial year, from 9.08 billion Nepali rupees during the corresponding period the previous year. 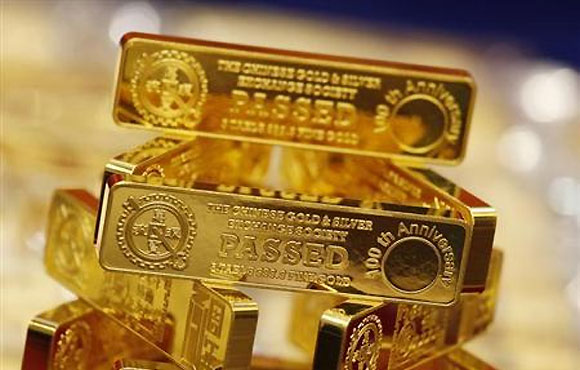 Last year, 102 tonnes of gold, or 10 per cent of total imports, made its way into India through unofficial routes, according to Thomson Reuters GFMS, which compiles data for the World Gold Council. It is estimated that could rise to 140 tonnes this year — an increase of 40 per cent.

GFMS declined to give the current numbers. In an emailed response, a GFMS analyst said: "First, I need to agree that the numbers requested below are available with us but these are proprietary information and not taken from a public domain, thus making it difficult to share. Our estimates of unofficial numbers are published in the Gold Survey and the updates that follow."

Analysts said though the measures taken by the Reserve Bank of India on Monday were noble in letter, those would lead to short-term supply concerns.

"India's gold demand is not impulsive. So, attacking the supply side will not help. The supply concerns will, in turn, result in a higher premium on spot. Alternative channels would flourish under these circumstances," said a Mumbai-based analyst. He also added that since these channels were illegal, these did not reflect in any official numbers published, such as import data.

"They cannot come through the official channels. If they do, it will be easy for the government to control them."