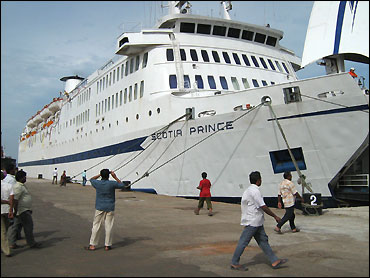 Image: The Scotia Prince ready to leave Tuticorin.
A Ganesh Nadar in Tuticorin

Your dream to experience world class cruising right here in India will now be fulfilled.

In its inaugural cruise, Scotia Prince sailed from Tuticorin in Tamil Nadu to Colombo, the capital of Sri Lanka on Monday. 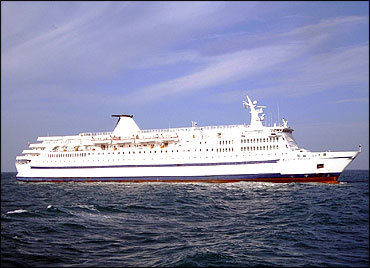 India's first international passenger ferry service will sail from Tuticorin to Colombo twice a week initially and will take 14 hours to reach the destination.

The license to operate this route has been given to Flemingo Liners and Tradex Shipping company who are partners in this venture.

The ship has 9 decks and 317 cabins. It can accommodate 1,044 passengers but for the first trip only 25 per cent of the tickets have been sold. 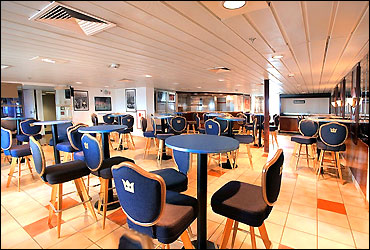 Image: Manhattan Cafe inside the ship.

The company hopes that this will pick up in the coming months when more people become aware of this facility.

Scotia Prince will have over 40 staff on board to attend to the customer requirements and about 25 ground staff to help with check-in procedures, immigration, custom procedures and baggage clearance.

The ship can take around 300 tonnes of cargo. 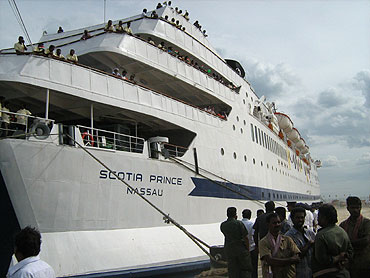 Image: Passenger wave from the decks.

The soon to be launched features include casino, drive in drive out facility for cars and cargo vehicles and a duty free shop inside the ship. 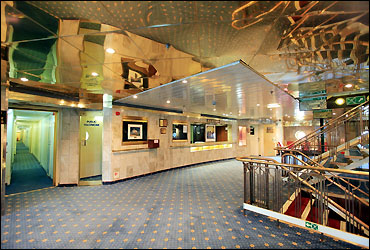 Image: Reception and lobby of the ship.

At the moment India is connected to Sri Lanka only by air. This ferry service is much cheaper than the air tickets.

In Indian rupee the prices are as follows:

The return fares are slightly higher. 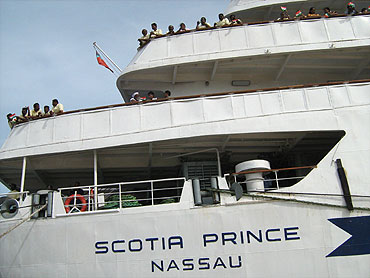 Scotia Prince will also have live performances by top bands and entertainers, in order to let the guests on board have a varied experience during the journey. 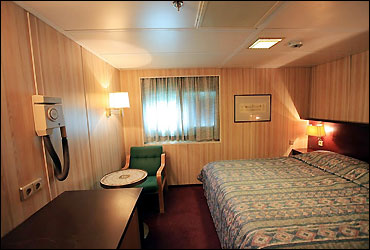 The ship will leave Tuticorin on Monday and Friday at 6 pm and reach Colombo the next morning at 8 am.

It will leave Colombo on Wednesday and Sunday at the same time.

Passengers have been told to check in at the terminal four hours before departure. Two bags per person are allowed.

The length of the ship is about 143 metres and breadth 19.5 metres. 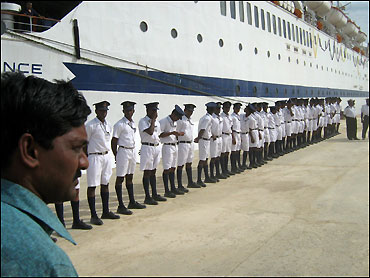 Image: Trainees from the merchant Navy line up.

Residents of Tuticorin are hoping that this service will provide a boost to tourism.

This service was initially supposed to start more than five years back.

At that time the then chief minister J Jayalalithaa had stopped the plan saying that terrorists could use this route to enter Tamil Nadu.
While inaugurating this service Vasan said that they will soon start a similar service from Dhanuskhodi in Rameswaram to Thalaimannar in Sri Lanka.

That distance is much shorter -- only 18 nautical miles.