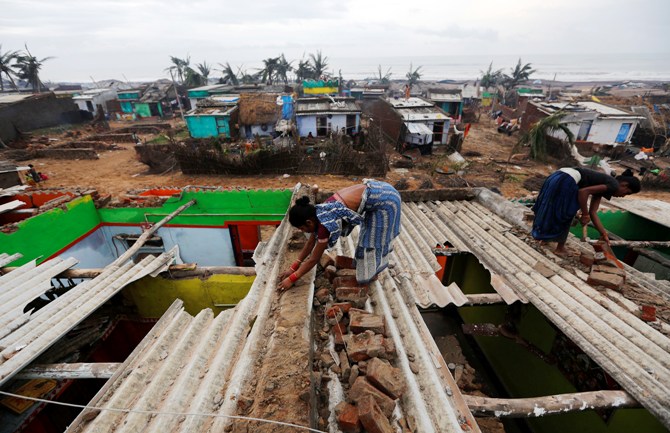 Pandurang Ghorpade has the weather to thank as he hands out celebratory sweets to neighbours eager for a ride on his prized new possession, a gleaming red tractor bought in anticipation of a bumper harvest.

"Unlike last year, there wasn't any shortage of water this year," Ghorpade said.

"My earnings are likely to rise from sugar cane and ginger crops that have grown vigorously."

The best monsoon in six years means similar scenes to the one in Shirdhon southeast of Mumbai are being played out across much of rural India, home to two-thirds of the 1.2 billion population.

It also means sales of tractors and motorbikes are surging, raising hopes this pick up in activity will spread and feed a wider revival in an economy that has slumped to its worst growth in a decade.

But the benefits may be fleeting because rural growth alone will not be enough to pull India's economy out of the doldrums longer term. 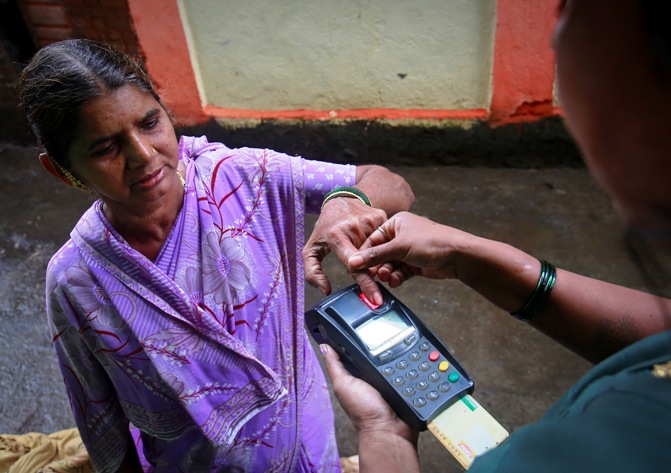 Image: A customer gives her finger impression to update her smart card after she gave her money to a coordinator who works for Financial Information Network and Operations Ltd in Wavanje village of Raigad district.
Photographs: Danish Siddiqui/Reuters

The countryside produces only a third of India's gross domestic product and in the urban areas that drive growth, business in showrooms and shopping malls is still shrinking.

"As we sit in mid-November, we have not seen signs to suggest that there is a significant increase in output," Tushar Poddar, chief India economist at Goldman Sachs, said in a conference call last week.

The economy is battling to recover from a significant slump.

Growth slid in the fiscal year to March 2013 to just 5 per cent, the lowest pace since 2002/03, as a stalled reform agenda prompted investors to flee.

A vulnerable current account swelled to a record deficit, knocking the rupee to a record low.

Since then, rural demand and other encouraging signs -- a revival in exports and a narrowing of the current account deficit -- have given India's policymakers reason to think the worst of the two-year slump may be over. 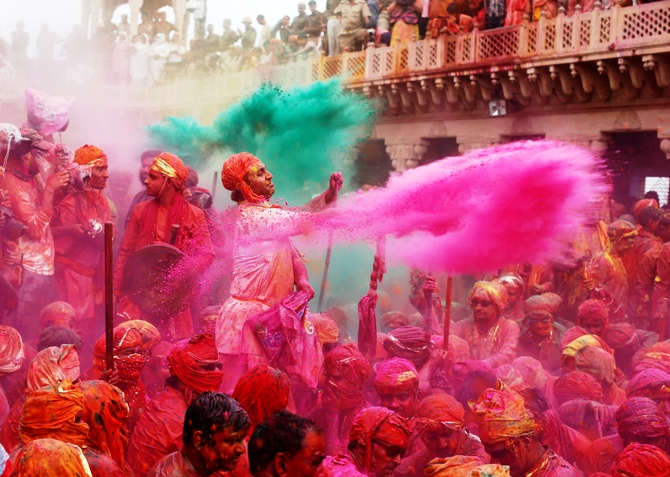 Tractor sales in India rose nearly 29 per cent in October from a year earlier, reaching a record high of 94,227 units.

Sales of motorbikes, bought when farmers graduate from bicycles, jumped 18 per cent in the same month.

Helped by the boon, Dabur's net profit jumped by 23 per cent in the September quarter from a year earlier.

"We are seeing demand from rural India outpacing the urban markets," Dabur said in its earnings release late last month.

Finance Minister P Chidambaram also sees the rural rebound and exports revival as encouraging, suggesting they would help the economy recover in the second half of the fiscal year ending on March 31. 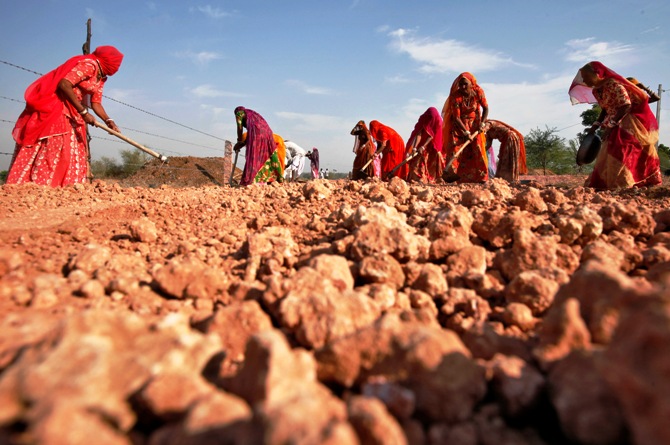 Image: Village women labourers work at the construction site of a road at Merta district in Rajasthan.
Photographs: Mansi Thapliyal/Reuters

But by the government's own estimates, expansion for the full fiscal year could be as low as the 5 per cent recorded last year, a far cry from the 8-9 per cent growth rates the government of Prime Minister Manmohan Singh has aspired to in recent years.

Some economists, such as Poddar, argue even 5 per cent may be ambitious.

High inflation is impinging on urban demand and businesses are holding back investment until they can see the shape of a new Indian government due to be elected by May 2014.

The competing pressures on the economy are expected to be reflected in a report on Friday on India's GDP for July to September. Although annual growth is seen rising to 4.6 per cent, a little better than the previous quarter, the data will likely show the economy is not firing in all areas. 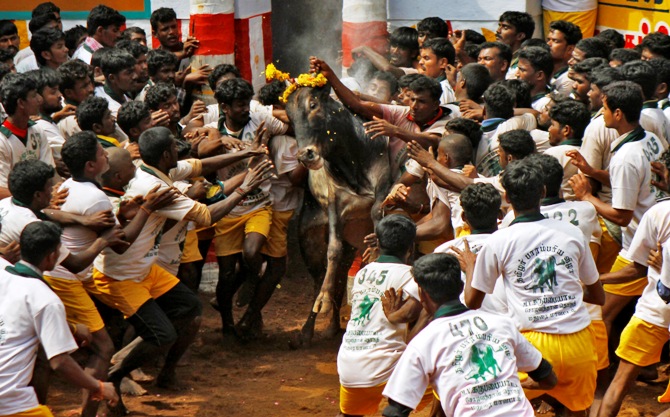 Image: Villagers try to control a bull during a bull-taming festival on the outskirts of Madurai town, Chennai.
Photographs: Babu/Reuters

That is familiar to India's largest utility vehicle maker Mahindra and Mahindra.

While the company's tractor sales jumped 21 per cent as the monsoon rains fell between July and September, sales of passenger vehicles including SUVs, mostly bought in the cities, slumped 25 per cent.

Exports have gained sharply from the competitive boost from India's weak currency, which is now above its record low but still near historically weak levels.

Overseas sales generate nearly a quarter of GDP and merchandise exports have been posting double-digit growth since July, the best run in nearly two years.

Textiles, in particular, have made the most of a weak rupee.

Exports from the sector have grown an annual 12 per cent this year compared with a 9 per cent fall last year.

Most garment exporters are either running at full capacity or have outsourced manufacturing jobs to meet rising overseas demand.

But the good times have so far not encouraged other industries to make the kinds of investment in adding production capacity that would help kickstart wider economic growth - partly because domestic demand remains depressed.

India's iron and steel industry, for example, is relying on its idle capacity to sustain double-digit growth in overseas sales that it recorded between April and September.

"This will have to come back again only then we will see steel consumption growth in India," he said.

Weak investment lies at the heart of India's economic malaise. Capital investments crawled at a decade-low of 1.7 per cent last fiscal year.

Goldman Sachs expects investment growth to slow further to 1.2 per cent this fiscal year, dragging down overall economic growth to 4.3 per cent.

To lift the sagging investment rate, the government has expedited clearances for big ticket infrastructure projects. But the impact on the ground has yet to be felt.

"Do I see a significant improvement in (investment) activity over the next three to four months? I would say we have not seen evidence to suggest that," Poddar said.