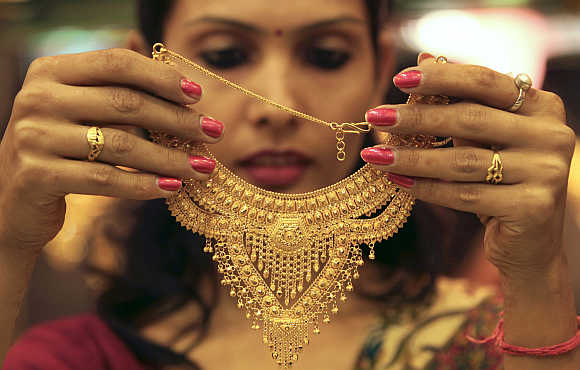 Image: A salesgirl shows a gold necklace to customers at a jewellery showroom in Chandigarh.
Photographs: Ajay Verma/Reuters Yogini Joglekar in Mumbai

Anuja J, a 26-year-old Mumbai resident, started investing in a gold scheme offered by a leading jeweller in the city one and half years ago. The investment was Rs 3,000 a month. Her motive was to buy jewellery for her marriage. After 18 months, Anuja's investment grew to Rs 60,000 (including the jeweller's contribution), which she wanted to redeem. 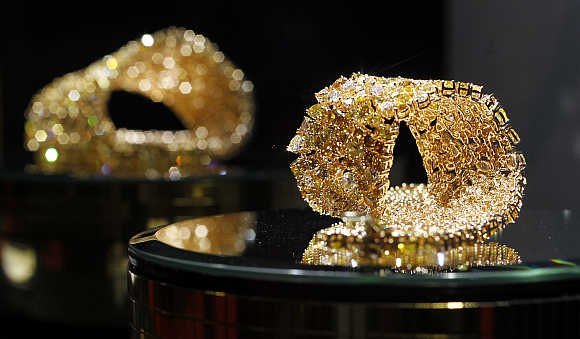 Is this a good investment option? No, say experts. This is not the right way to invest in gold because the jewellers don't buy gold on your behalf but just accumulate your money. 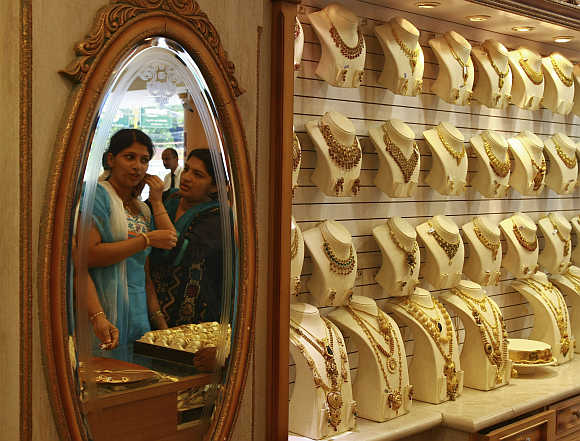 Image: A woman is reflected in a mirror as she tries a gold earring inside a gold jewellery showroom in Kochi.
Photographs: Sivaram V/Reuters

Amresh Acharya, director-investments at World Gold Council, says, "This works as a mutual fund SIP (systematic investment plan) where the customer gets the statement of holding on a daily basis, detailing the amount of gold accumulated and the purchase price."

The minimum investible amount is Rs 1,000 and one can stay invested up to 15 years. However, the company levies a 1.5 per cent charge on monthly subscription. For instance, if your monthly investment is Rs 5,000, then Rs 4,925 only gets invested, while Rs 75 goes towards storage and other administrative costs. Second, a 2.5 per cent pre-maturity charge is levied if the plan is withdrawn within six months. 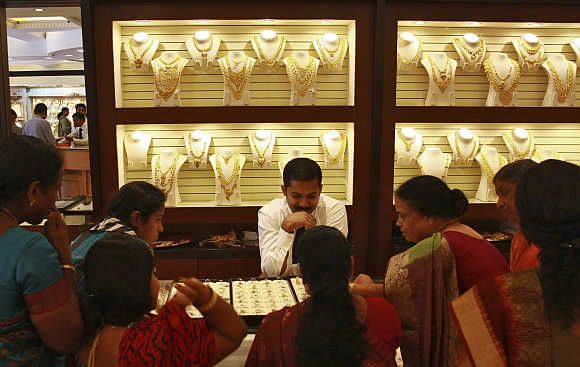 If you are looking at investing in gold through an electronic form, other options are available. For instance, along with the Reliance plan, you could weigh gold exchange traded funds, e-gold, and gold fund of funds.

Currently, 12 fund houses are offering gold ETFs. These are passively managed funds that track gold prices. Gold ETFs are a cheaper proposition, as there is no entry or exit load on it. However, there is a brokerage fee.

You can also consider the fund of funds route. Although there are no brokerages, you will have to bear the exit load. Gold ETFs and fund of funds use spot gold prices and investments in these can be made through an SIP. 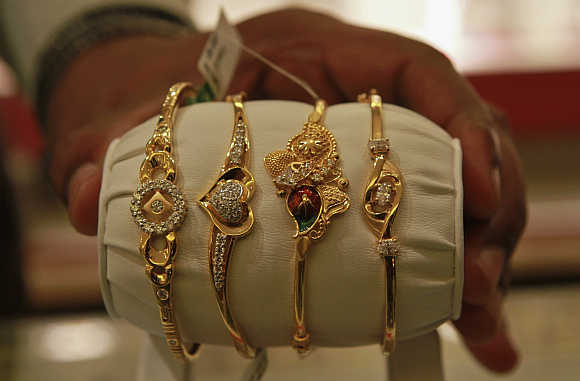 Image: A salesman displays gold bangles to a customer at a jewellery showroom in Chennai.
Photographs: Babu Babu/Reuters

In e-gold, you can buy in units. One e-gold unit is equal to one gramme of gold, which can be bought and sold via the spot exchange just like shares, making it a very liquid investment. While investment in e-gold needs a demat account, one can invest in a gold ETF without a demat account.

While a fund house will give physical delivery of gold only if the quantity is around one kg, upon redemption of the ETF units, in the Reliance plan, one can redeem one's accumulated gold gramme into 24-carat gold coins/bars. While gold ETFs and fund of funds are considered more as paper gold investments, e-gold is more liquid in nature. 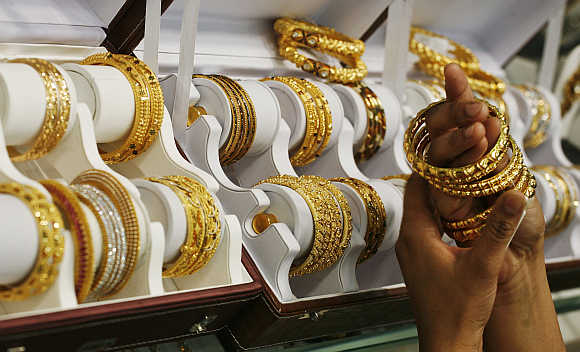 Rajiv Goel, a financial planner, said e-gold is the most cost-effective form and is able to trace gold prices more closely than ETFs or gold funds.

"However, e-gold loses out to gold ETFs when it comes to taxation, as the units need to be held for more than three years to get long-term capital gains tax benefit, unlike gold ETFs that need to be held only for one year. Also, one might have to pay s wealth tax on e-gold, unlike ETFs or gold fund."