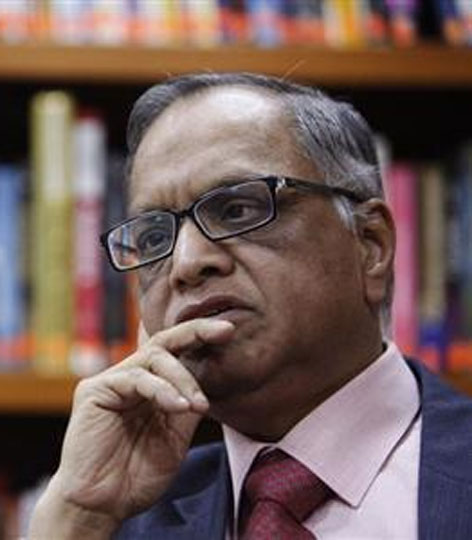 N R Narayana Murthy, chairman of Infosys, took a tough stand on Wednesday on non-performers and said non-performance will not be tolerated. Murthy was addressing analyst at the Bank of America Meryll Lynch investor conference held in Mumbai.

“Performance is absolutely essential for us. We will provide all the help to people to perform better and if for any reason they are not able to perform well then we will have to bid goodbye to them,” Murthy said.

Infosys is currently working on lot of tools and technology that will enhance an individual’s productivity, he said.

“Earlier we focussed on group or project productivity but over a period we have realised that it is not the way ahead and that we need to focus more on individual productivity to see to it that Infosys has a competitive advantage in the industry.” 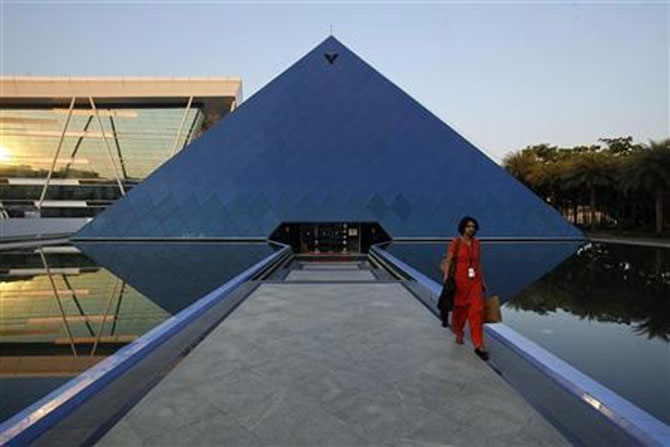 Image: An employee walks out of an iconic pyramid-shaped building made out of glass in the Infosys campus at Electronics City in Bangalore.
Photographs: Vivek Prakash/Reuters

With respect to recent high-level exits that Infosys witnessed, Murthy said, “Barring some rare exceptions let me assure you, there is nobody who was adding value to the company had to leave. That’s the reality. Unfortunately, these were the people who were deriving very high salaries and were not giving results and so there was no growth.”

Infosys, he said, will identify high performers and encourage them to better their performance and at the same time also make note of low performers and give them an opportunity to do well. 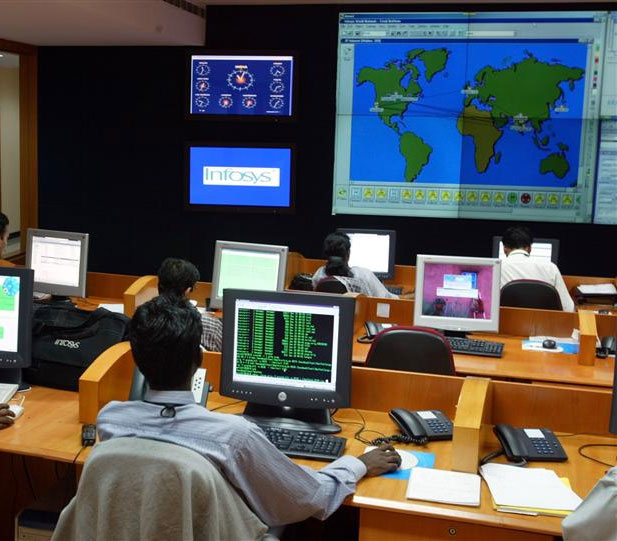 Infosys witnessed sharp increase in employee attrition during the December quarter. Attrition on the last 12-month basis was 18.1 per cent during Q3, against 15.1 per cent a year ago and 17.3 per cent in Q2. The company’s headcount declined by 1,823 in Q3 to 158,404.

“The company has mounted several programmes to measure individual productivity which will help Infosys enhance margins, have more talent and better our value,” said Murthy.

“Even though the company’s cost optimisation efforts since the last six months has started to yield results as its margins have moved up by 1.5 per cent, there is still a lot of fat we need to remove and we will do whatever is necessary to ensure that the company performs well,” he said. 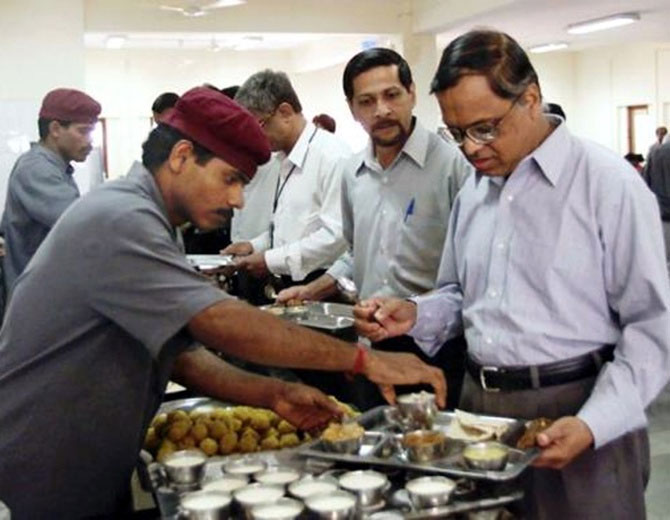 Regarding the company’s strategy going ahead, Murthy said though he did not see anything wrong with Infosys’ existing strategy there would be a change in the execution of the same.

“We haven’t changed the Infosys strategy. There is nothing wrong with it. We will go for consulting business solution which will yield large projects since our 33 per cent revenue comes from that but we will enhance our focus on getting large outsourcing projects,” he said.

When asked about the CEO transition process at Infosys, "A new CEO will be in place by the time Shibulal is ready to leave, which is March 2015 and I will be available to ensure there is proper transition," he said.

On whether Infosys will lead the industry in the next 36 months, Murthy said that here is a desire to get back to the leadership position, but what that growth rate will be, "we will tell you know as and how things move ahead based on industry structure, market outlook and other things but we will not be laagers that much I can tell you.”

“The company has improved on three parameters in recent months, quality of delivery, response time to client and quality of proposals. The company would also be reasonable in pricing, and targeting large deals,” said Murthy.