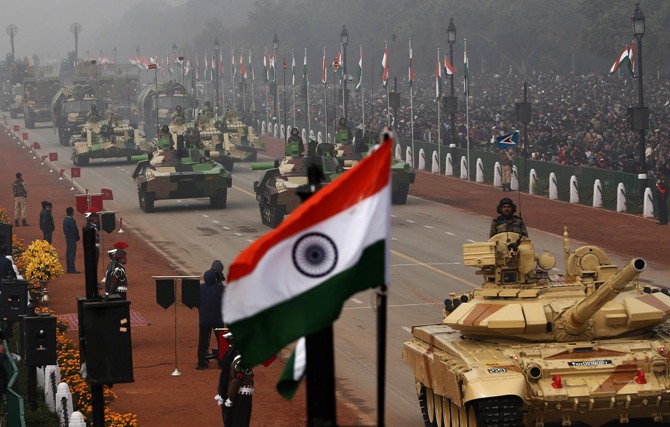 The long-standing demand of ex-servicemen for 'one-rank, one-pension' was accepted by the government on Monday with Finance Minister P Chidambaram making an announcement in this regard in the interim budget.

Presenting the interim budget, Chidambaram said the government would transfer Rs 500 crore (Rs 5 billion) to the defence pension account for implementing one rank, one pension scheme.

The decision, likely to benefit around three million defence pensioners, will come into effect from 2014-2015.

The two United Progressive Alliance governments, he said, had made changes in the pension rules for defence services on three occasions but some gaps remained in the ranks of 'Sepoy' and 'Naik' among non-officers and 'Major' and above among officers. 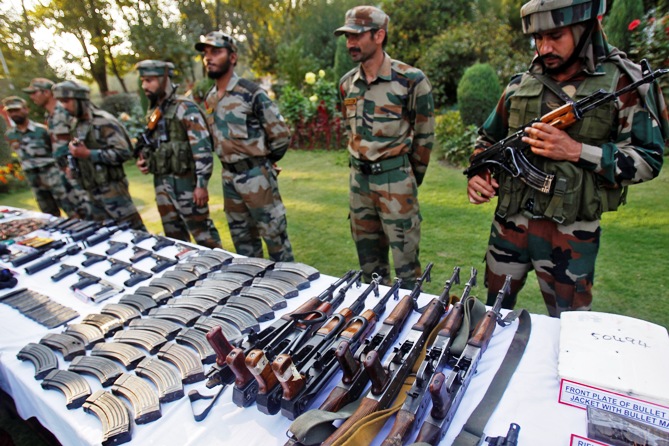 Image: Indian army soldiers stand behind a display of seized arms and ammunition at a garrison in Srinagar.
Photographs: Danish Ismail/Reuters

"We need a young fighting force, we need young jawans and we need young officers. We also need to take care of those who served in the defence forces only for a limited numbers of years.

“The Government has therefore decided to walk the last mile and closed the gap for all retirees in all ranks," he announced.

Last week, Congress Vice-President Rahul Gandhi had backed the demand and assured a delegation of ex-servicemen that he will make all efforts to ensure it is met at the earliest.

"I am on your side. I understand your concerns.

“You give your life for the country, I will do all that I can to see that your demands are met," Gandhi had told a gathering of 1000-odd ex-servicemen during an interaction on February 14. 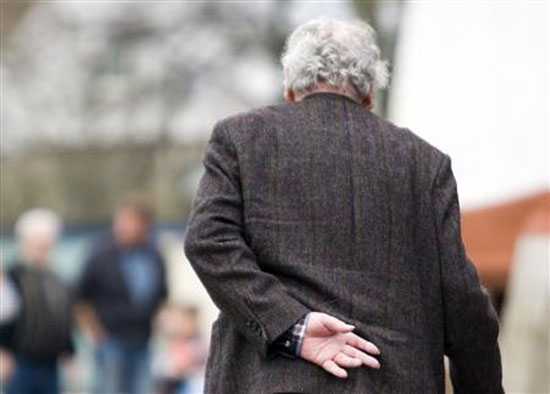 Delegations of ex-servicemen from Haryana, Rajasthan, Himachal Pradesh and Punjab had met Gandhi.

Ex-servicemen and families of serving defence personnel are an electorally important vote bank especially in these states.

One rank, one pension will ensure that soldiers of the same rank and the same length of service receive the same pension, irrespective of their retirement date.

Hailing the decision, Union Minister Rajiv Shukla, said, "It is a good decision. It should be appreciated. It was taken following the initiative taken by Rahul Gandhi in the matter."