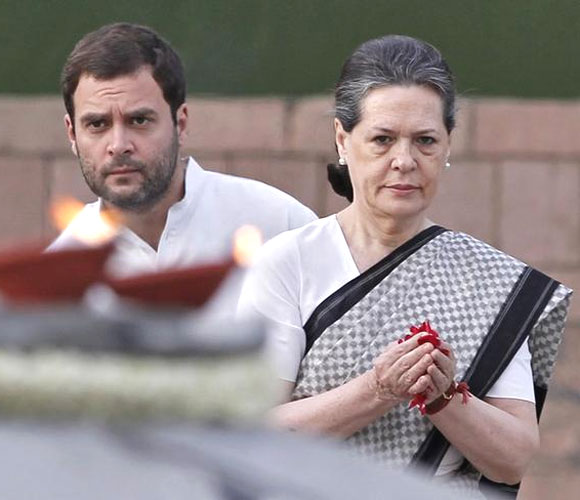 If Sonia Gandhi and her Congress party need evidence that their policies of subsidies and safety nets for India's poor may no longer be enough to keep their support, they need look no further than her own constituency of Rai Bareli.

In the family borough in the northern heartland, which has been loyal to India's most powerful dynasty from the days of first Prime Minister Jawaharal Nehru, voters want electricity, hospitals and roads, more than the cheap food on offer.

Such a change of heart threatens to upend the Congress party's central calculation to win next year's election: that poor rural voters who make up the backbone of support will stay loyal because of the big welfare programmes it promotes, including a flagship $21 billion food subsidy scheme.

Instead, even in such a bastion of Congress support as Rai Bareli district, opposition leader Narendra Modi's message of growth and investment is gaining ground, despite critics' misgivings about his hardline Hindu nationalist roots and a perceived bias against the nation's minority Muslims.

"We don't need subsidised food ... It's a donation and we don't want that charity," said Arjun Rewal, a farmer in the Rai Bareli hamlet of Shivgarh in the centre of India's most populous state of Uttar Pradesh.

"We need hospitals with doctors, we need roads, we need electricity supply and we need someone who can tackle inflation," the 52-year-old said, emphasising his point with a stab of his earth-brown finger. 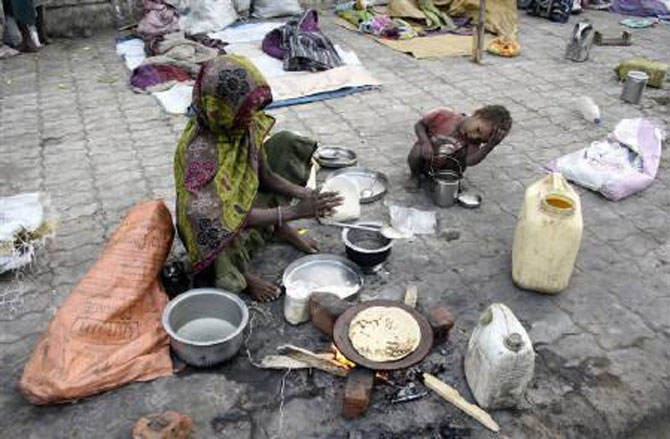 Rewal and the farmers with him, who meet one evening a week in the grounds of an old palace, see Modi as the person who can deliver.

"In this area, for the first time, people are talking about another political leader and that is Narendra Modi," he said.

Modi has promised quick reforms and an end to a prolonged period of policy paralysis, pointing to the double-digit pace of expansion in Gujarat that he has governed for three terms.

Uttar Pradesh sends 80 members of parliament to New Delhi, more than any other state. In the last election in 2009, Congress won 21 seats and Modi's Bharatiya Janata Party (BJP) won 10.

According to a recent opinion poll by AC Nielsen for the Economic Times, the BJP could win 27 seats in Uttar Pradesh in the next election, due by May, with Congress winning just 12.

Rahul Gandi, Nehru's great grandson, looks likely to lead the Congress into the election, but he was generally seen as lacklustre at state election rallies in Uttar Pradesh in 2012. 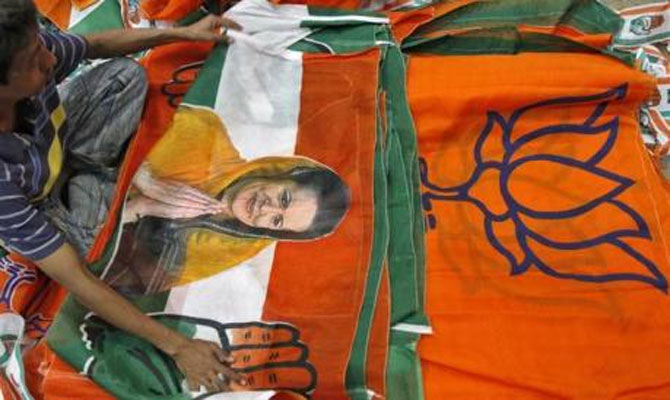 But it is not Rahul Gandhi's oratory that voters in his family's old constituency, first held by Nehru's son-in-law, Feroze Gandhi and now by Rahul's mother, Congress leader Sonia Gandhi, are worried about.

With inflation outpacing agricultural growth for nearly a decade, many villagers have seen benefits eroded. In addition, demand is rising for pulses, dairy products and vegetables, which are not subsidised.

In neighbouring Barabanki district, the mood is similar as residents of Thalwara village gather on a circle of plastic chairs on a dusty patch of ground to air their views.

"Governments sitting in New Delhi or state capitals like Lucknow don't know the ground reality and make policies that don't help the poor," said Jaibaksh Singh, a farmer and former head of the village.

The expectations of rural voters changed with the arrival of television and later mobile phones, together with a demographic shift that means 65 per cent of the population are less than 35 years old, said Rural Development Minister Jairam Ramesh.

"We can no longer go to the voters and say 'look, we built this road for you, now vote for us'. Today most people expect you to build that road. They don't think that we are doing them a favour by building that road," said Ramesh, one of the Congress party's most outspoken leaders. 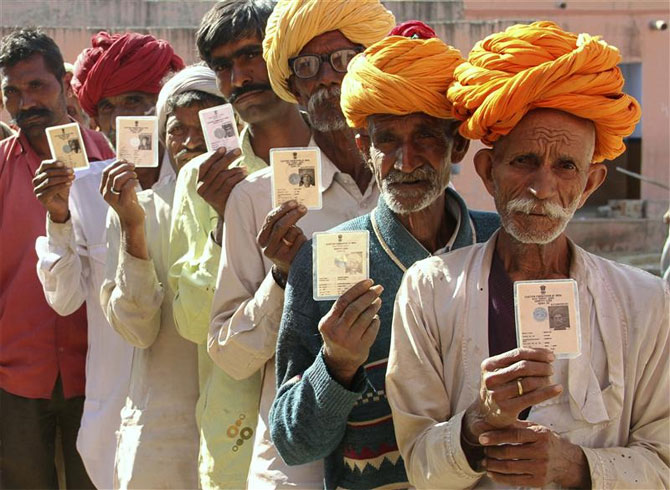 However, the party seems reluctant to address voters' aspirations in its campaign, sticking instead to what until now has been the tried and tested formula of subsidised support for the rural poor.

But millions still live without reliable electricity, schools are woefully understaffed and jobs scarce, while cheap food often ends up with traders who sell it on at a handy profit.

The Congress-led government is spending billions of dollars a year on food subsidies for the poor and on the Mahatma Gandhi National Rural Employment Guarantee Act, known as NREGA, which provides people with 100 days of paid, unskilled work a year.

Critics say nearly half the rice and wheat set aside for the handouts is siphoned off by corrupt officials and never reaches the people it is meant to help. In BJP-ruled Chhattisgarh, the state government has tightened up on distribution and cut wastage dramatically.

"People have not gained from programmes like NREGA due to corruption. The same holds true for rice and wheat sale," said Singh in Thalwara. "The perception is gaining ground that the BJP will win and it will tackle corruption."

"If he becomes prime minister this country will be transformed. He talks only about development," said Rajan Singh Rawat, a 60-year-old farmer who listened to Modi in the crowd in Agra and has switched support to the BJP from one of the state's big local parties.