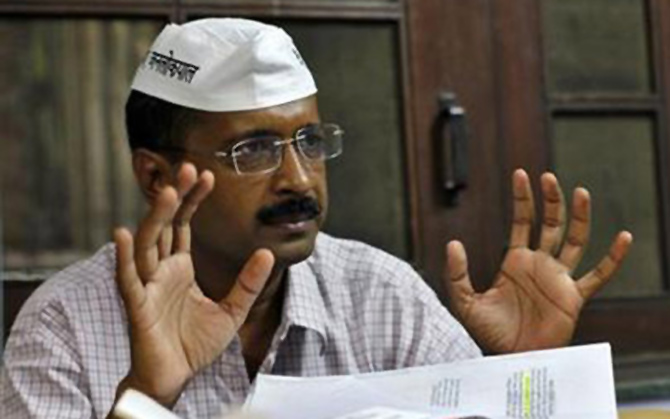 The Delhi government may be all set to order an audit by the Comptroller and Auditor General into the finances of the capital's three private power distribution companies, an issue on which the ruling Aam Aadmi Party had led street protests in the past. 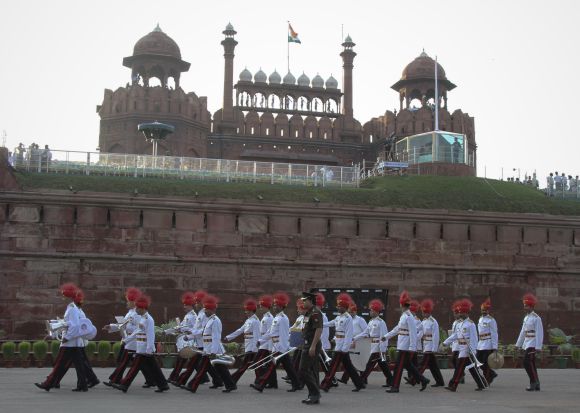 Image: Soldiers march past the Red Fort during a rehearsal for India's Independence Day celebrations in Delhi.
Photographs: Reuters

Kejriwal said the Delhi government is of the view that audit of these companies can be done.

But under the provisions of law the three companies were being given the opportunity of being heard on the government audit of their finances.

"They are being given time till Wednesday morning by which they will have to give their representations.

Image: A passenger looks through the window of a train as he waits for electricity to be restored at a railway station in New Delhi.
Photographs: Adnan Abidi/Reuters

“The Cabinet will meet in the evening," he told reporters before leaving for his meeting with the CAG.

At the Cabinet meeting today, the issue of revising the power tariff may be discussed.

He said in today's cabinet meeting, they would discuss issues relating to unauthorised colonies.

Tags: CAG , Cabinet
More
© Copyright 2022 PTI. All rights reserved. Republication or redistribution of PTI content, including by framing or similar means, is expressly prohibited without the prior written consent.
Print this
article
ALSO
READ