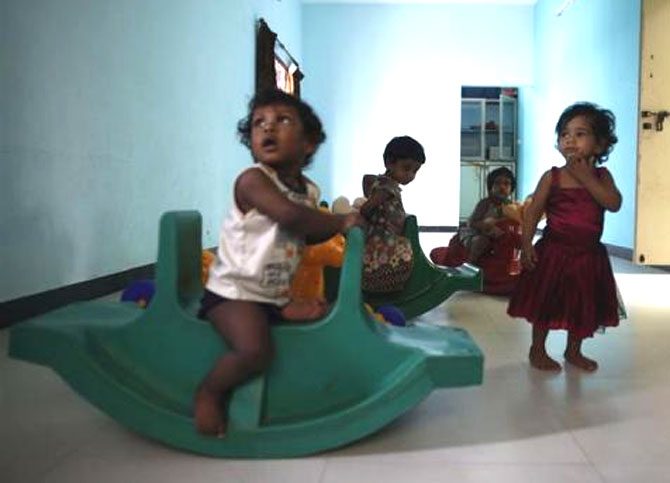 Essentially, the Congress has insulated India’s turn to welfarism from being chipped away by successor governments in the cleverest possible way, says Mihir S Sharma.

Here’s a quick reminder of what Mr Chidambaram did. He took almost all the money that the United Progressive Alliance has, over the past 10 years, funnelled to various social-sector ministries, and shifted control of them to the states. When the Budget numbers became available on Monday afternoon, some people were even puzzled enough by the vast reductions in Plan expenditure assigned to central ministries to wonder if it was for just the four months till the regular Budget after the elections.

The rural development ministry is left with barely one-tenth of the spending power it was given last year. Women and child development? Less than half. Minority affairs? A third less. Panchayati Raj? A seventh of what it spent. Agriculture? Just over a third.

Nor is it just a matter of shifting money from one part of a balance sheet to another. By giving control of social-sector Plan expenditure to states, there’s been a fundamental reworking of the balance of power in implementing social-sector schemes like the National Urban Livelihoods Mission or the education-related Sarva Shiksha Abhiyan.

A major and long-held criticism of the UPA’s many such schemes is that they are too centralised. Money is disbursed to projects at the state level only if they can show they meet central guidelines; the money itself frequently comes late, and at the wrong time in the year, for which there’s no accountability.

Moving expenditure control to the states – which will draw up their own guidelines “in addition to” but more likely replacing the Centre’s – is going to massively increase accountability. 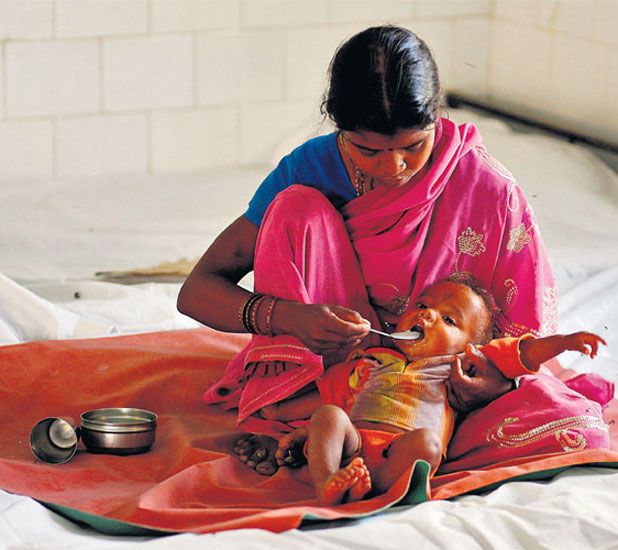 Image: A woman feeds her malnourished child in Sheopur district. Most welfare programmes in India are corruption-ridden and poorly run.
Photographs: Reuters

For all such schemes, funds will be placed with the administrative ministries for transfer to the states through the Consolidated Fund of the states/ UTs with legislatures concerned... the routing of funds through the state treasuries will infuse greater ownership of Plan schemes to State/ UT government and greater accountability on them to make timely and need-based releases to local implementing agencies, and also to monitor the implementation of schemes more closely.”

This comes after years of the Congress trying to pretend like every centrally-sponsored scheme was the property of Sonia Gandhi personally, rather than of the state implementing it. By any lights, a huge U-turn. I would love to know exactly how many people knew it was in the interim Budget.

This is major welfare reform; and had it happened last year, the Congress would have trumpeted it as showing its commitment to decentralisation and federalism and accountability and motherhood or whatever. But it can’t this year – because it’s not the sort of thing you do in an interim Budget. 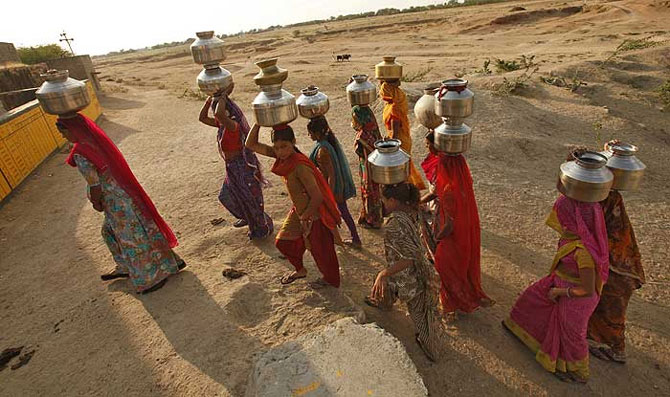 Image: By giving control of social-sector Plan expenditure to states, there's been a fundamental reworking of the balance of power.
Photographs: Reuters

Why not? Because interim Budgets are traditionally supposed to avoid doing anything that reduces the degrees of freedom available to the incoming government, the one that has the real mandate to govern.

So, arguably, one would expect that the likely next party of government, the Bharatiya Janata Party, would be shouting bloody murder from the rooftops.

Fascinatingly, this is not true either. The BJP has chosen to completely ignore this fact. From this, one of two things is true. Either there is nobody in the BJP capable of reading numbers in bold in a Budget document.

Or the BJP realises that it’s painted itself into a corner. After all, it has spent the last few years banging on about federalism, and holding up various crucial reforms on that pretext; how, now, can it complain about spending power being shifted to states? Its self-serving obstruction as an opposition party was always going to come back to haunt it – we just didn’t expect that to happen quite so soon.

Mr Chidambaram’s Budget speech, which wasn’t just a determined bid for a kinder footnote in history but even had “ten points” of advice for the next government disguised as “vision”, made it clear that the Congress is resigned to losing power in 2014. And thus this extraordinarily smart move to starve New Delhi of funds and power. 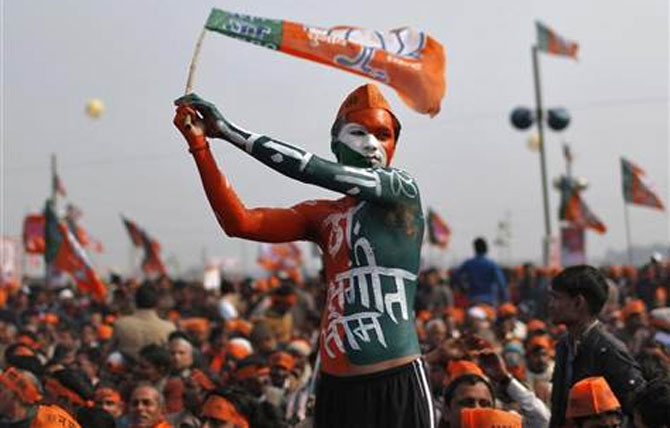 What’s the consequence? Two-fold. First, in effect, it means the transition to a welfare state is permanent and irreversible. The next central government, even if it wanted to unwind centrally-sponsored schemes, will have to tell the states that they’re not getting the transfer into their Consolidated Fund they were expecting.

All hell will, of course, break loose. Essentially, the Congress has insulated India’s turn to welfarism from being chipped away by successor governments in the cleverest possible way – by making increasingly powerful state CMs and regional parties stakeholders in the schemes’ continuance.

Why is the BJP, under “no-dole” Narendra Modi, not making a stink about this, either? Well, as I said, perhaps they can’t read a Budget. Or they’re constrained by the federalism nonsense they’ve been spouting while in opposition. Or, perhaps they are just as welfarist as the Congress.

Its worth noting that almost every BJP CM runs on welfare schemes even more than Congress CMs do. And that “no-dole” Narendra Modi wrote to the prime minister during the debate over the food security Bill complaining it didn’t provide enough to families below the poverty line. How, then, can it criticise this embedding of welfarism in our federal structure?

And the second consequence is that New Delhi’s importance will suddenly shrink. Major ministries, flush with funds for years, will become little more than waystations to the Consolidated Funds of states and union territories.

The UPA should go all the way and shrink these ministries’ sizes before it leaves office. Essentially, when the next prime minister sits down in 7, Race Course Road, he will find that the UPA has left him even less power and control than Manmohan Singh had. Mr Chidambaram isn’t just Modi-proofing welfare. He’s trying to Modi-proof the country.