Sign in  |  Create a Rediffmail account
Rediff.com  » Business » The US biologist who rescued India from a severe food crisis 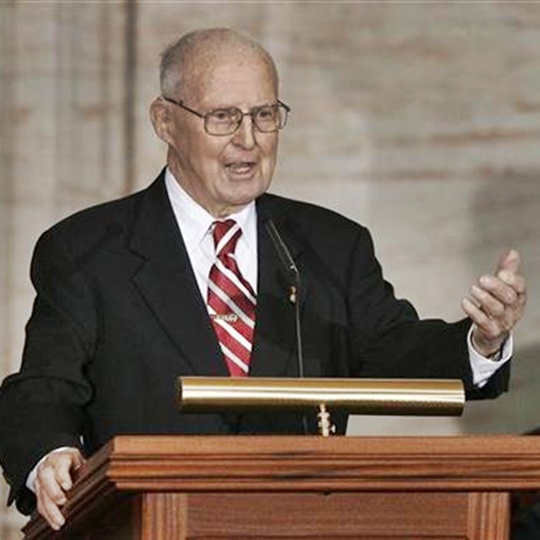 Norman Borlaug transformed India from a famine-stricken nation dependent on food aid into a self-sufficient one, says Devangshu Datta.

Gandhi, Nehru, Patel, Ambedkar - there is much ideological back-and-forth about the value of their respective contributions to shaping India.

Those arguments may never end. However, modern India owes as much, or arguably more, to an apolitical American biologist.

Norman Borlaug (1914-2009) set up the so-called Green Revolution with the hybrid seeds and fertilisation techniques he developed.

Within a decade of the seeds he developed being planted in 1966, his research transformed India from a famine-stricken nation dependent on food aid into a self-sufficient one. 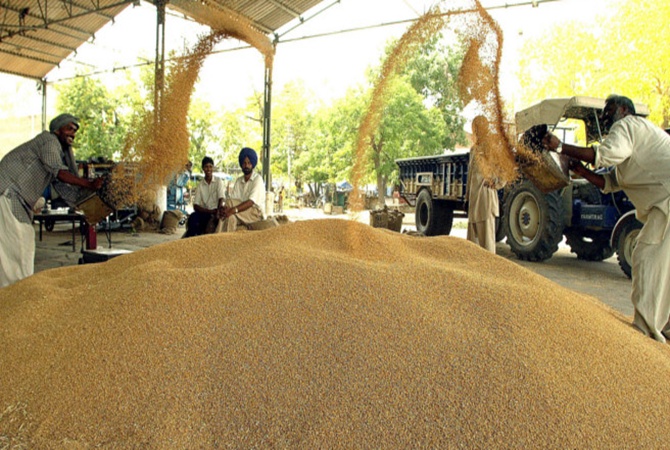 Borlaug's centenary was marked by a scientific breakthrough that would have delighted him. The wheat genome has just been "draft-sequenced".

The Science magazine honoured Borlaug on his centenary with a free issue focused on wheat.

Wheat has an extremely complex structure with about five to six times as many genes as the human genome.

In a draft, all the genes are lined up in the right order along respective chromosomes. But the genes' orientation and the sequences of the regions between the genes are not known. 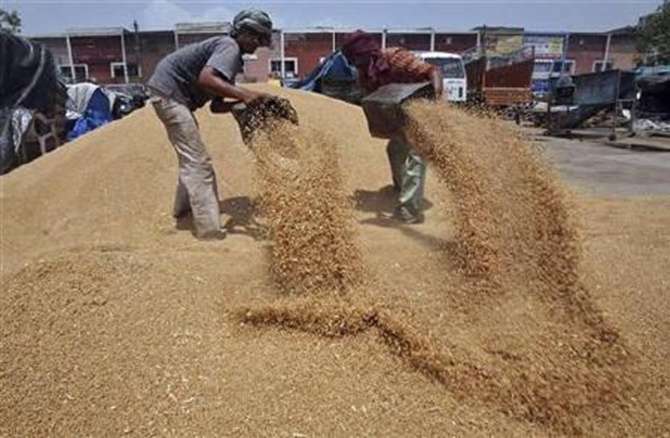 Scientists say that wheat is a hybrid descended from three different ancestors, which explains the huge genome.

Sequencing is extremely difficult. Yet understanding the genetic structure will help develop new strains to cope with diseases and rapid climatic change.

Even a draft helps since it locates many useful markers. Scientists reckon that they will be able to complete the full genome sequence in about three years.

Genetic modification (GM) is associated with controversy nowadays. Special interest groups are aligned against the use of GM, and they often cite pseudo-scientific objections to the application of modern GM techniques.

Even Borlaug, who did his cross-breeding painstakingly in the age-old style, has suffered from retrospective criticism. 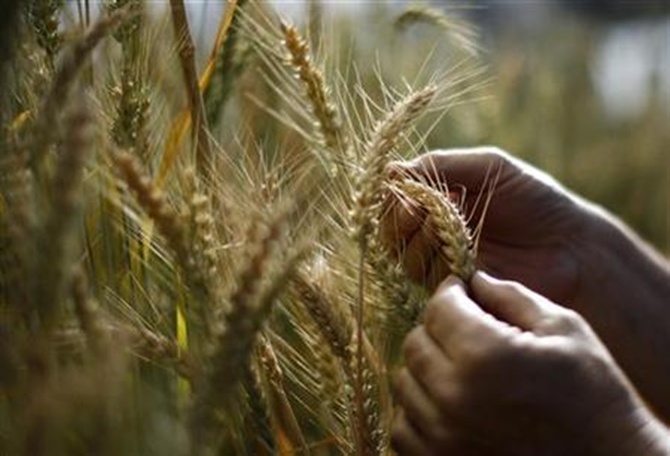 Image: A stalk of wheat is seen at the greenhouse of the wheat breeding program at the Nebraska university in Lincoln, Nebraska.
Photographs: Carlos Barria/Reuters

But genetic modification started thousands of years ago when farmers began to selectively breed wild plants for better yields, more disease resistance, climate adaptation and so on.

In traditional wheat breeding, two varieties are selected to be crossed by hand pollination. The cross is then bred by self-pollination through several generations until it is stable and breeds true.

Modern gene-sequencing and splicing techniques make it much easier and quicker to splice in desirable genes. Computerised number-crunching and the ability to isolate genes from many entirely different species can allow for a much wider array of "mix-and-match". 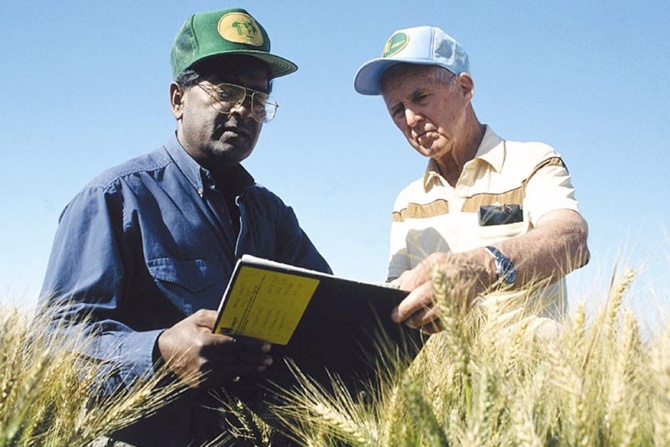 Sanjaya Rajaram, who worked with Borlaug and won the World Food Prize this year, is personally responsible for research that led to breeding nearly 500 different strains of wheat. He managed to cross-breed spring and winter gene pools, thus creating variants that are suitable for a wide variety of conditions.

Borlaug did much of his key research at the Cooperative Wheat Research Production Program in Mexico, where Rajaram also works. However, Borlaug's wheat strains were used all over Latin America and then across Asia.

One of his key insights was discovering that short, stocky "semi-dwarf" wheats coped better with a large, heavy yield of grain than tall wheats that bent and broke under excess weight.

A dwarf variety of a plant receives less sunlight. Borlaug compensated by crossing with winter breeds in mountainous areas to breed varieties that need less sunlight. This breeding for short, strong, high-yield plants was later applied to rice as well.

The International Wheat Genome Sequencing Consortium, which coordinates research between institutes, is responsible for releasing the draft sequence. The overall research was led by USC Davis scientist Jorge Dubcovsky. 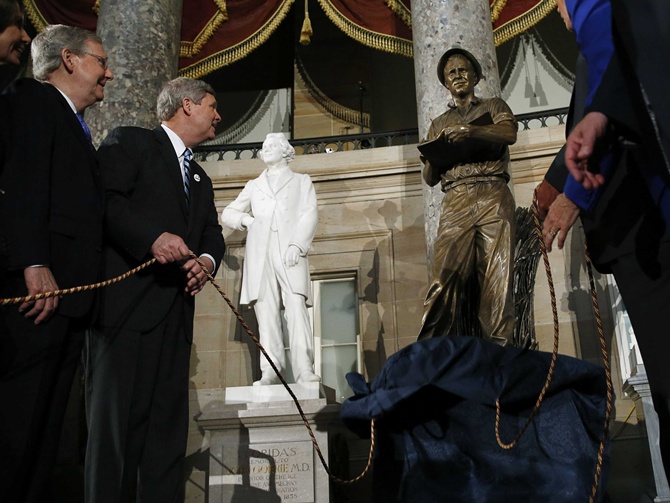 The researchers used a technique called shotgun sequencing. This divided the genome into its chromosomes. Then it split each chromosome into segments, which could be distributed out for sequencing.

Chromosomal segments were analysed by short gene sequences in various labs. Overlapping sequences were stitched together with computer software, recreating the approximate map.

The techniques developed for the project will speed up similar tasks in the future. Apart from finding the full genome decoding for wheat, the same techniques should make it easier to sequence other plants with complex genomes.

Eventually, that should help the world cope with the task of ensuring that everyone gets fed.