Sign in  |  Create a Rediffmail account
Rediff.com  » Business » Raghuram Rajan on the right track to save economy 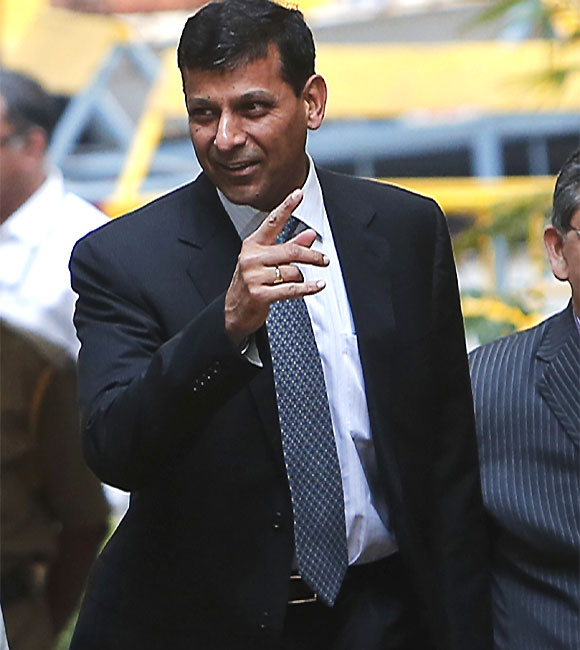 Everything seems to be falling in place for the new RBI governor but there is a need to prepare for the imminent tapering by the Fed, says Kunal Kumar Kundu.

The rupee bouncing back by 10 per cent from its low since his appointment, foreign institutional investor inflows surging back and then his US Fed counterpart Ben Bernanke throwing a further lifeline to him by not doing what he was widely anticipated to do ie taper — clearly Reserve Bank of India (RBI)’s new Governor Raghuram Rajan has everything going for him.

It turns out to be a baptism he never expected though such an initiation is everybody’s dream.

Rajan is having a charmed life so far. Fortunately for India, he is the right person at the right time.

An academician of outstanding credential and with vast international experience courtesy the Inter-national Monetary Fund, Rajan is a man of tremendous equanimity. He is quite unlikely to be a person who would let a good crisis go waste by being blinded by some coincidental turn of good fortunes.

In this very column, in early July, I did talk about the fact that the much anticipated September tapering could be a non-event. To that extent, it is not a surprise. But Rajan would be the first person to acknowledge that the danger lurking behind this announcement is immense.

The fact is, the tapering will happen, whether we like it or not. If the US economy is not recovering enough that is all the more reason for the tapering because this is a clear proof that quantitative easing is not working, save for bloating Fed’s balance sheet, unwinding of which will be more difficult and debilitating, not only for the US but also the world.

As the Fed falls more and more behind the curve, the catching up process may eventually turn out to be faster and that will introduce a substantial amount of volatility in the forex market.

Given this, the last thing that India needs is a relapse to higher levels of inflation, which is already showing signs of firming up. Rajan’s decision to postpone the monetary policy meeting was a breath of fresh air since it clearly showed that he is not given to rigidity. 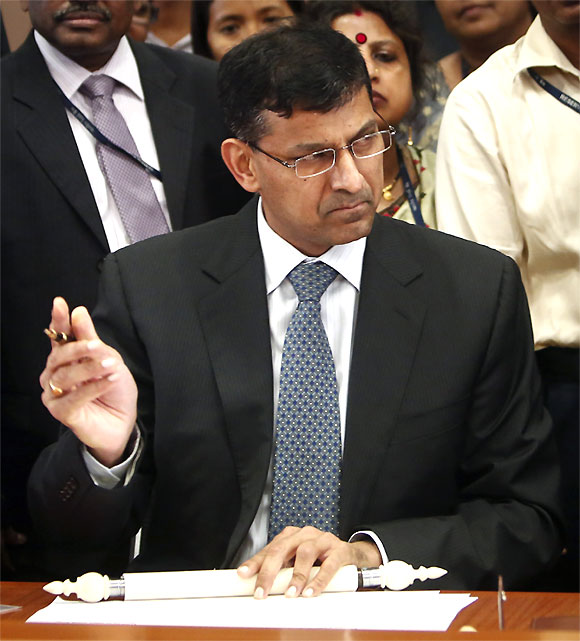 His decision to go for the swap option was a masterstroke that gave India the firepower to fight currency volatility without having to deplete the dwindling forex reserves. While this is not a permanent solution, the idea was to get some breathing space which ought to be used in a meaningful way.

Cleverly using the marginal standing facility, he sent out a clear signal — inflationary expectation needs to be tempered.

But make no mistake, tapering has the potential to be a highly destabilising force for the global economy, especially for the emerging market currencies. The time to prepare for it is now, rather than waiting for the actual tapering to take place, by which time the potential bullet will lose its sting. 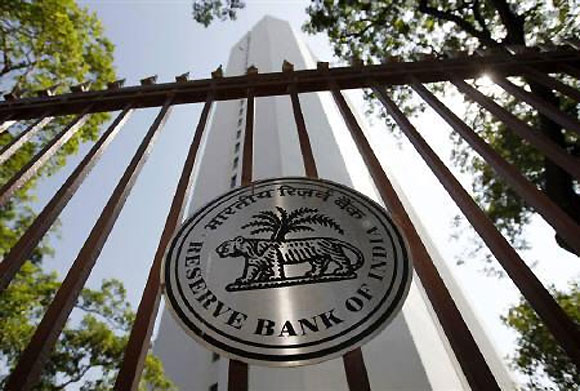 What is also important is to give a boost to flagging savings. India’s savings investment gap has been rising alarmingly, leading to a major uptick in the current account deficit (CAD).

What is an even greater worry is the drastic fall in the financial savings by the households.

With the real policy rate being negligible (it is already negative if we consider CPI), savings are taking a hit and this trend needs to be reversed if we want to contain the bulging CAD.

The pertinent point is how will the growth-inflation dilemma be addressed? Will a 25 basis points hike in policy rate impact growth? I do not think so. For investment to take place, the government needs to act and the policy (and hence business) environment needs to improve. Concern remains about high fiscal deficit. 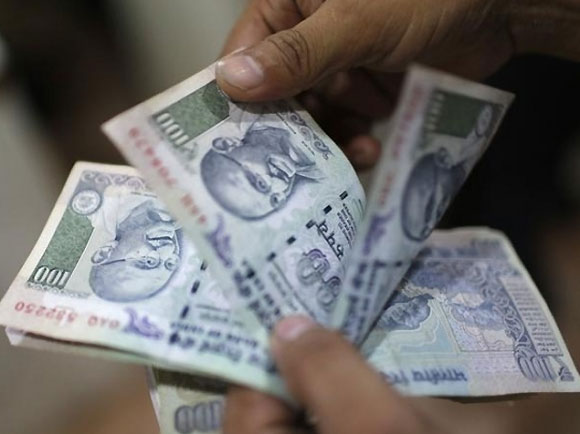 The investment cycle has to restart for growth to be back on track. Investments are stuck not because of perceived high interest rates but because of policy-induced impediments.

Even the recently passed land acquisition Bill has a more populist touch to it than any real intention to make the process simpler, transparent and more balanced.

The current Bill is not only heavily tilted in favour of existing land owners, but the acquisition process has become much more cumbersome.

Till a greater clarity emerges, the flip-flop will continue. More importantly, given the political uncertainty, no investor would be ready to invest his money in India till a new government is formed after the elections next year and more clarity emerges about the policy directions of the government.

For the current year, India’s gross domestic product growth will likely hover between 4.5 and 4.9 per cent.

Since the real push for growth, at this point in time, will have to come from the government and not the central bank, it would make sense for the RBI to try and bottle up the inflationary genie by stabilising the rupee so that by the time the economy is ready for the next move up, the central bank can also switch focus on growth.

The author is vice-president and India Economist, Societe Generale. The views expressed are personal.