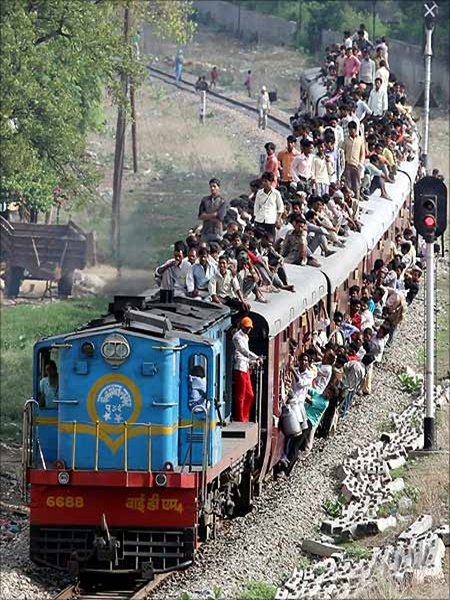 The next government should view Indian Railways as a strategic tool, not legacy problem, says Sanjeev Sanyal.

Since the mid-nineties, the experience of travelling around India has changed dramatically.

One by one, the old, creaky, paan spit-smeared airports have been replaced by gleaming modern infrastructure.

Travellers can now choose from among a number of full-service airlines and budget carriers.

The major highways, too, have become much better - and there are some segments that can now be considered to be of international quality. The quality of cars, buses and hotels has also slowly upgraded itself.

One may still complain that highway expansion has not kept up with the expansion of traffic or that the creation of the infrastructure involved corrupt practices, but one cannot deny the change.

There is one area, however, in which there has been almost no change - the Railways. 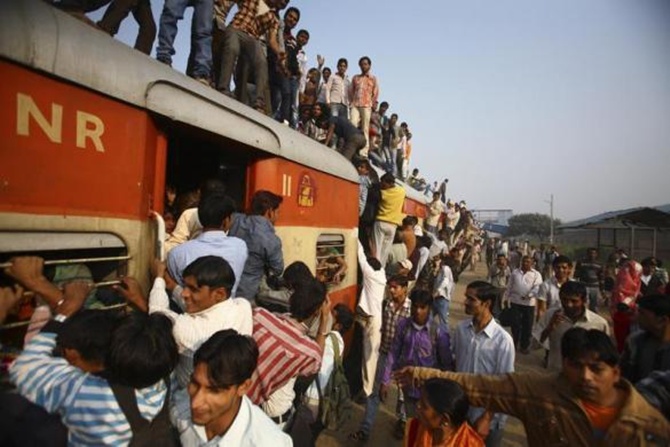 Travelling in today's trains reminds me of my childhood in the early eighties.

The same chaotic stations, the same bogies leisurely clattering along, the same blue rexine bunks in air-conditioned two-tier, and the same coolies in red shirts carrying luggage on top of their heads. Indeed, in many cases, the infrastructure was built in the 19th century.

Indian Railways may be great for nostalgia, but it is failing as the country's infrastructure backbone. 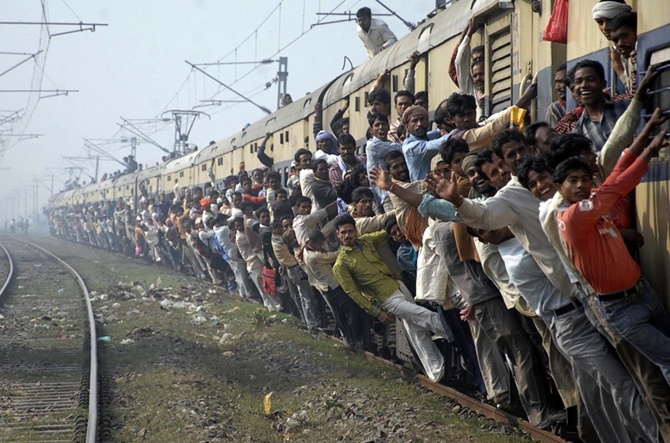 Before Independence in 1947, undivided British India had a railway network of around 69,000 kilometres, of which 55,000 km was inherited by India. 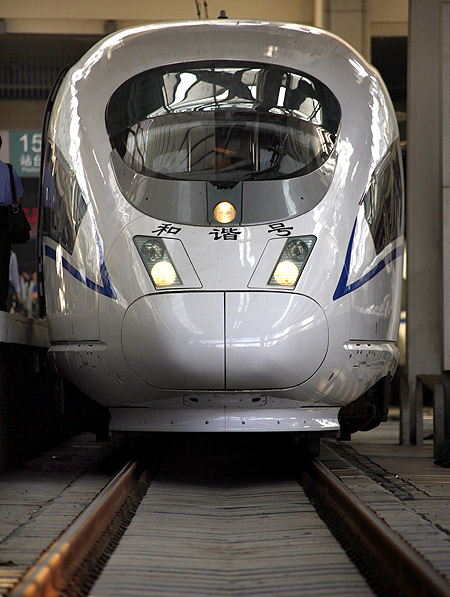 Forget 21st-century China, India's post-Independence performance is poor compared to what Victorian engineers were capable of 150 years ago. In the 1870s, they added an average of 749 km of lines per year, with 1,440 km being added in a single year, 1878. 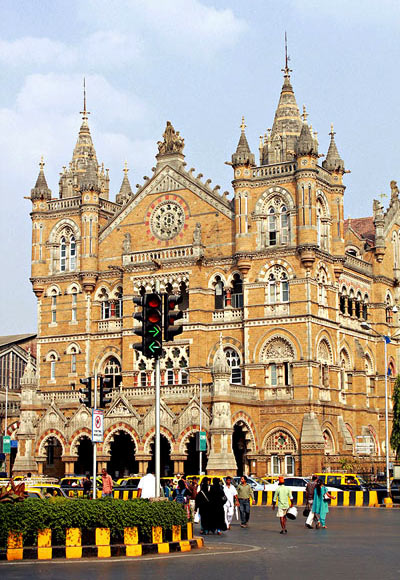 And they were not just adding tracks; they also built Victoria Terminus in Bombay (completed in 1887) and Howrah station in Calcutta (completed in 1905) - both extraordinary pieces of architecture.

It must be accepted that we have added nothing comparable and, with a few exceptions, continue to use the same crumbling stations that the British left us three generations ago. 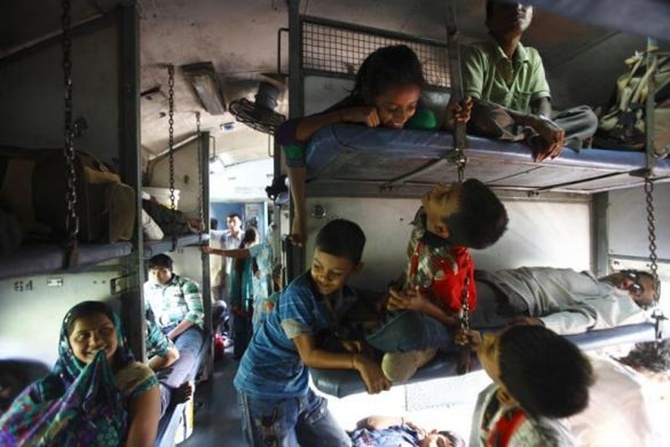 Not surprisingly, people are avoiding travelling by Indian Railways wherever other alternatives are available - passenger bookings, excluding the suburban sector, declined by four per cent during April-December 2014.

This is quite shocking for a country in which demand for all other infrastructure grows naturally from population and purchasing power growth. 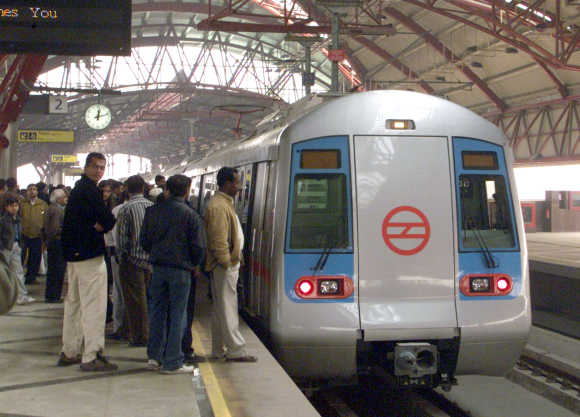 Image: Commuters wait to board Metro in New Delhi.
Photographs: B Mathur/Reuters

In the last few years, the success of the Delhi Metro has sparked interest in rail as part of the public transport mix of major cities; but there is a need for a much broader relook at Indian Railways as the infrastructure backbone for India as a whole.

It is not just that rail transport remains the most efficient way of moving goods in bulk around a big country (only water transport is more efficient); the Railways can play an active role in guiding the way the country urbanises. 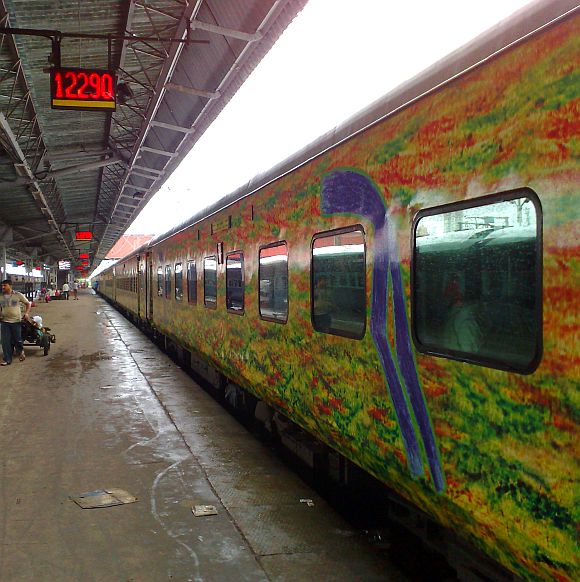 It is now widely recognised that India is urbanising rapidly and that it will be an urban majority country within a generation. Around 325 million extra people will have to be accommodated in Indian cities by 2040.

This means that existing cities will expand and many new cities will be built. If this transition is done purely on the back of highway-based transport infrastructure, we will end up with urbanisation taking place in ribbons along these highway corridors. 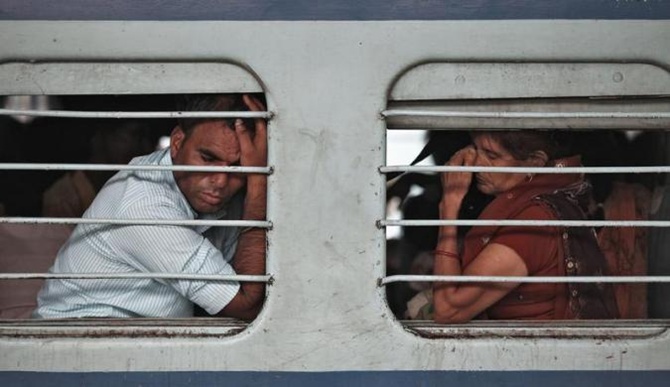 This is a very inefficient urban form that uses up a lot of land and smears development in a way that makes it very difficult and expensive to supply urban services to a diffuse population.

Moreover, the process is self-defeating; the highway soon gets clogged with local traffic and can no longer function as a long-distance artery. 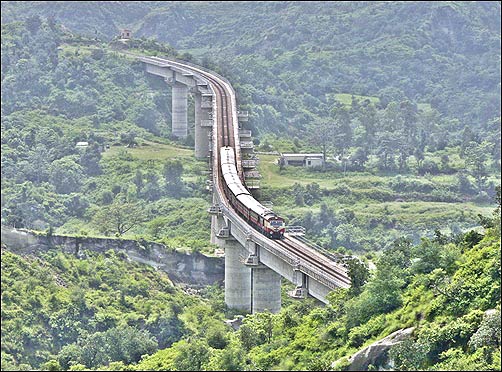 In contrast, urbanisation based on a railway backbone has the advantage that it forces dense urban clusters around designated hubs.

The authorities have far greater control over these hubs and can guide urban expansion as well as supply urban services in a more concentrated way.

In other words, the railway network can have a big impact on the evolution of India's rapidly evolving urban geography. 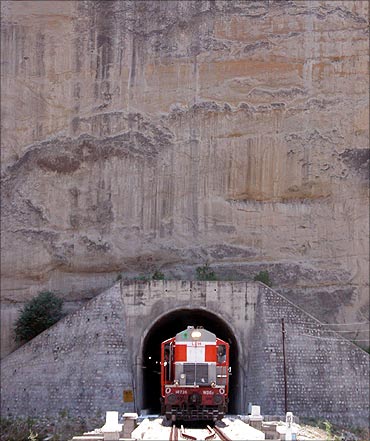 So what needs to be done? For a start, the next government should treat Indian Railways as a strategic tool for supporting next-generation growth rather than as a legacy system that just needs to be kept going somehow.

This means that the authorities will have to think about upgrading everything - the designs of the trains, the signalling system, the stations and so on.

Luckily, a lot of this can be made to pay for itself. It is not merely that it is much easier to get people to buy train tickets than to pay road tolls. 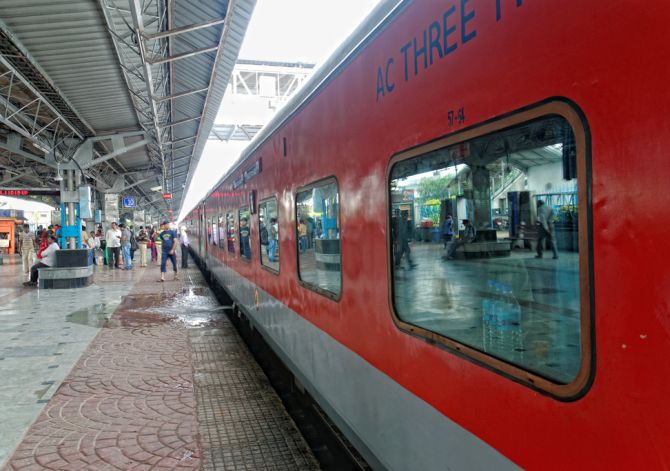 Indian Railways sits on huge urban land banks that can be monetised in a variety of imaginative ways.

Moreover, the government can leverage revenues from other urban amenities/utilities in densely clustered urban hubs much more easily that a dispersed ribbon along a highway.

Hopefully, the government that comes to power in May will focus on these issues.