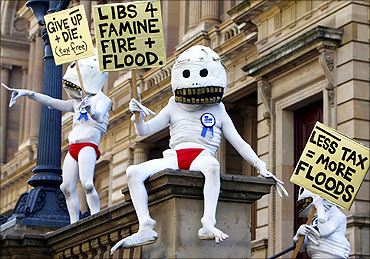 Image: Protesters dressed in costumes are seen at a rally in favour of taxing carbon emissions in Melbourne.
Photographs: Mick Tsikas/Reuters.
Are cities worldwide to be blamed for high greenhouse gas emissions? Well, not really . . .

"Many cities have very low emissions, as do many city dwellers in even the most industrialised countries, says lead author Daniel Hoornweg, lead urban specialist on Cities and Climate Change at the World Bank.

High carbon emission has resulted in extreme weather conditions across the world. The variation in pattern of monsoons, rise in surface temperature, rise in sea level and melting of glaciers will drastically hit agriculture and food production.

"The world's wealthiest cities and their inhabitants that cause unsustainable levels of greenhouse gas emissions, not cities in general, says David Satterthwaite, editor of Environment and Urbanisation and a senior fellow at the International Institute for Environment and Development.

Knowledge Allianz lists cities on the basis of their carbon emission based on the IIED study... Click NEXT to find out more... 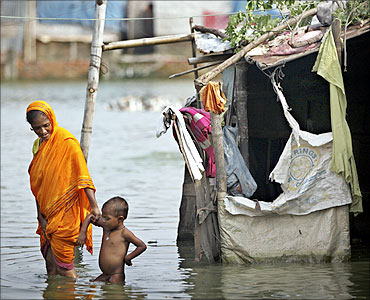 Image: A woman wades through stagnant water with her child in the outskirts of Dhaka.
Photographs: Andrew Biraj/Reuters.
Dhaka, Bangladesh (Rank 17)

Dhaka has low emissions per person as majority of the people are poor. Bangladesh's total emission is likely to rise to 70 million metric tons (mt) by 2015 and 150 million mt by 2030.

Bangladesh plans to reduce at least one third of total carbon emission by 2030. 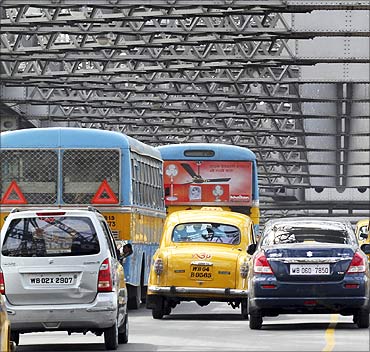 Kolkata has the highest level of carbon dioxide emissions among Indian cities. "The biggest factors are the type of electricity production, the footprint of the city, how compact it is and how much people use public transportation," Daniel Hoornweg, IIED report co-author and an urban specialist at the World Bank points out. 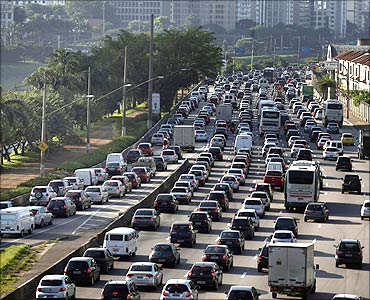 Brazil has lower emissions per person than poorer cities in Asia. Cities like Sao Paulo are mostly powered by hydroelectric dams and people use biofuel-powered vehicles. 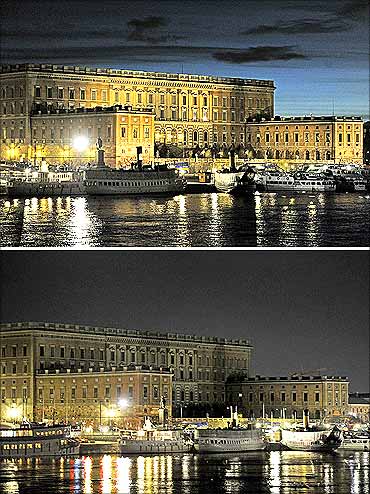 Image: The Royal Palace before and during (picture below) the Earth Hour in Stockholm.
Photographs: Erik Martensson/Reuters.
Stockholm, Sweden (Rank 14)

Stockholm has highly energy-efficient buildings, a combined heat and power system, and uses wind, hydroelectric and biogas from waste to boost its energy needs. 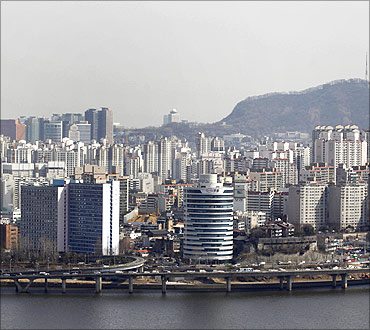 One of the cleanest cities in Asia, Seoul is highly energy-efficient city with a sophisticated public transport system. 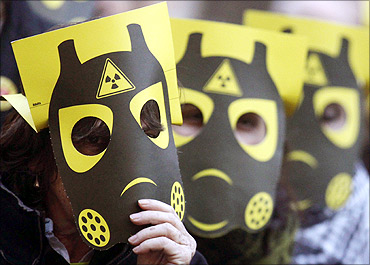 Barcelona has less than half the emissions per person compared to many cities in North America. 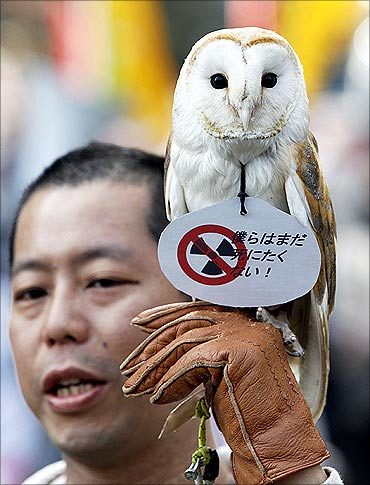 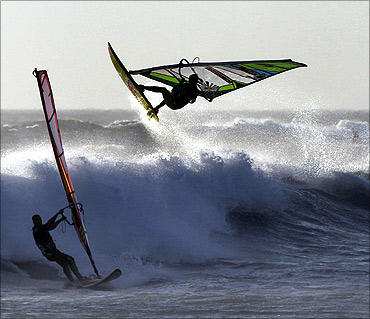 Cape Town has lower per capita emissions. Being a major shipping hub, its emissions are higher than many other rich cities. 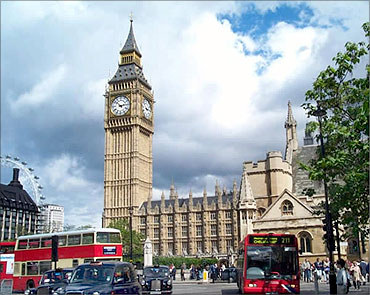 London has higher emissions per capita than many other European cities. 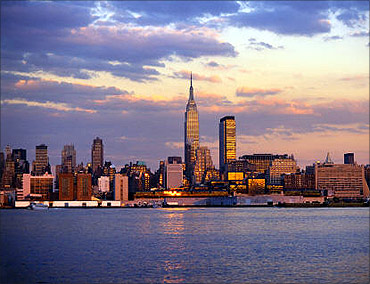 New York has plans to cut carbon emission by 30 percent by 2030 with more energy-efficient buildings and a congestion fee in city. 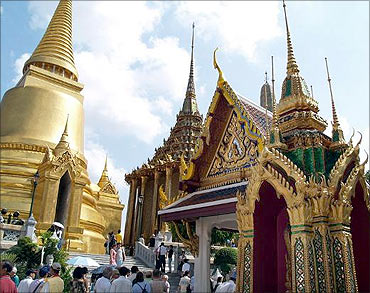 Carbon emissions in Bangkok are a result of large number of vehicles and the presence of a large port and two international airports, says the IIED report. 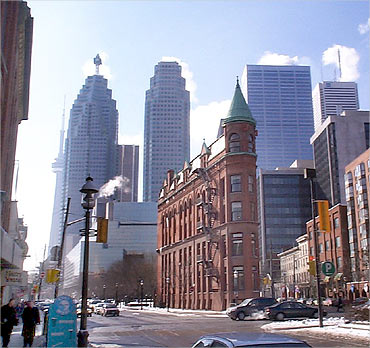 Toronto shows a wide variation in per capita emissions. Peak summers see a rise in usage of air-conditioners leading to higher emission. 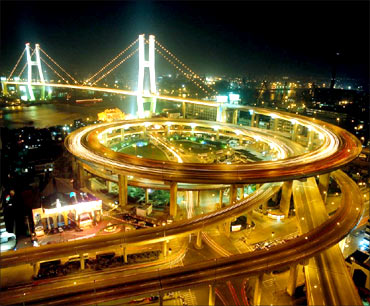 Chinese cities have the highest carbon emissions per capita and energy consumption per unit of GDP in Asia.

The IIED report says the carbon emissions are on an average are much higher than per capita national averages. A huge industrial base and increasing growth in the number of vehicles has made the situation worse. 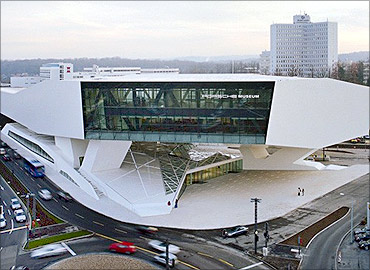 The auto hub of the world, Stuttgart houses most of the automobile companies. With a large presence of rich people in the city, it is not surprising that emissions are growing at a fast rate. 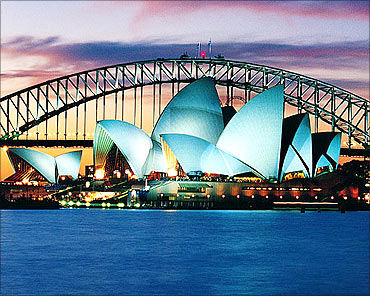 The city's dependency on coal for electricity is one of the reasons for the high carbon emission. Besides this, Sydney has one of the biggest natural harbours and an international airport leading to higher emissions. 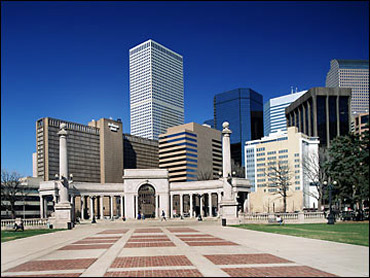 Denver has high carbon emissions due to the cold climate and reliance on coal for its electricity. 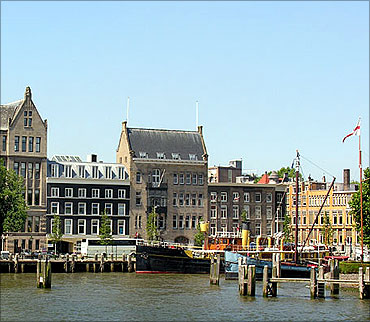