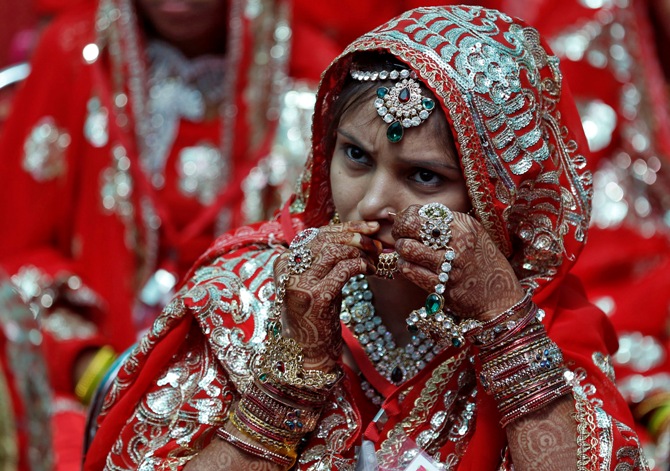 There are reliable reports in the jewellery manufacturing sector that a number of companies are considering a big investment plan in China, to make and export from there.

While the cost of manufacturing is much the same in both countries, China has a long-term gold import policy and India does not.

About 60 per cent of India’s gold market is not regulated.

In China, the government regulates the entire jewellery market.

It has also permitted trade in ‘paper gold’, by allowing three gold exchange traded funds, in addition to the announcement of free trade zones  for gold jewellery manufacturing. 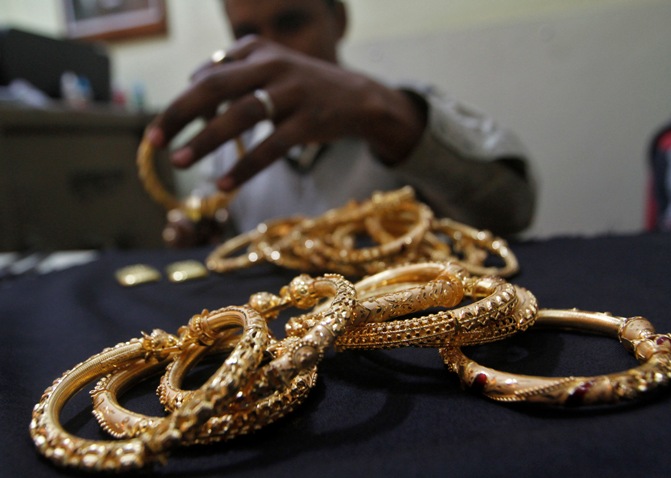 “All the same assures will translate into China continuing to have a gold demand of 1,000-1,100 tonnes per annum, based on very conservative estimates.

With a compounded annual growth rate of around five per cent, China is expected to see annual gold demand at 1,350 tonnes by 2017, he said, while issuing a first demand study on China here on Tuesday. 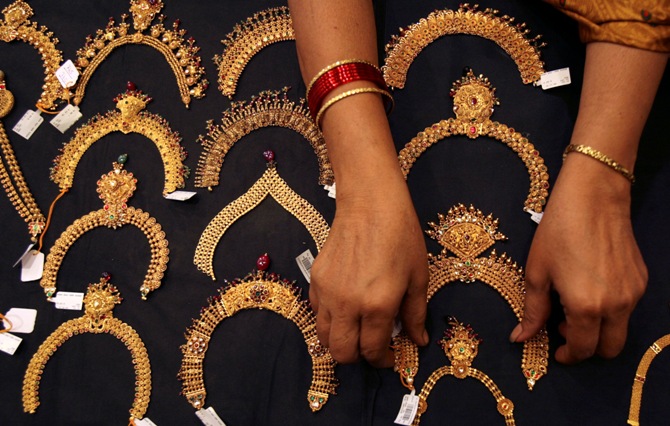 Image: A woman checks a gold necklace inside a jewellery showroom in Hyderabad.
Photographs: Krishnendu Halder/Reuters

The Chinese government had announced an official holding of 1,054 tonnes in its reserves in 2009, an 80 per cent increase from the earlier declaration in 2002, at 600 tonnes.

The Reserve Bank of India has around 550 tonnes of gold.

“China has stepped up efforts to make the country a price setter.

The Shanghai Futures Exchange has flourished in terms of gold trade.

“The current gold holding with Chinese banks has, therefore, declined to one per cent of foreign currency reserves now from two per cent in 2009.

“Assuming forex reserves go to two per cent, one cannot imagine what will happen to China’s gold demand,” said Somasundaram.