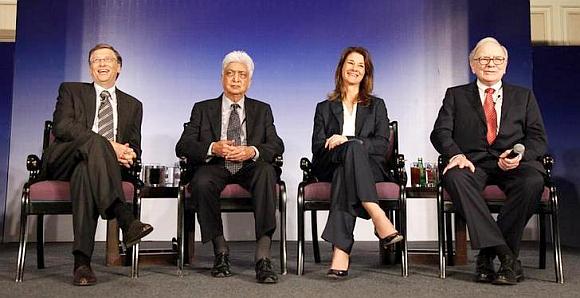 The story of the third richest person in the country, Azim Hashim Premji, who began his journey by selling hydrogenated cooking fat and gradually made a leap to information technology services, has been an inspiration to many entrepreneurs.

He is now set to inspire many others by setting an example in giving.

In addition to committing $2 billion to his own foundation, the Azim Premji Foundation, the software to FMCG billionaire has become the first Indian to sign up for the Giving Pledge run by Warren Buffet and Bill Gates.

The Giving Pledge, started in 2010, was initially focused on enlisting billionaires from within America. But it is now diversifying to other parts of the globe, and asking billionaires to pledge a part of their riches for charitable purposes.

Premji's personal wealth is around $15 billion, based on his holdings in Wipro. He owns 78.29 per cent of the company. 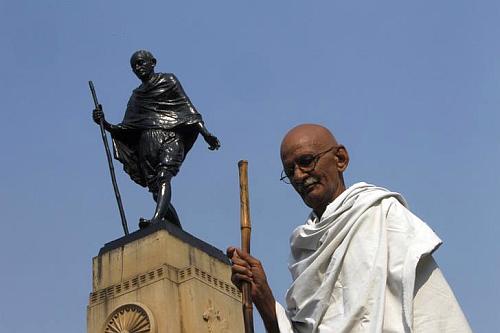 Image: Mahatma Gandhi has been an influence on Premji.
Photographs: Mansi Thapliyal/Reuters

To be sure, there is no dearth of corporate honchos who have committed their wealth to social causes, but Premji's generosity is driven by a philosophical belief.

He believes the wealthy should contribute significantly for the cause of the less privileged. "I will continue to act on this belief," he says.

Just like business, charity too runs in his family. Premji's mother founded and ran a charitable hospital for children stricken with polio and cerebral palsy in Mumbai.

"It was not an easy task. It was very difficult to get the funding and even harder to organise everything and make it run efficiently. Yet, she overcame every challenge and never stepped back from her purpose," he said in his letter to the Giving Pledge.

Mahatma Gandhi was an influence too: "I was deeply influenced by Gandhi's notion of holding one's wealth in trusteeship, to be used for the betterment of society and not as if one owned it," he wrote. 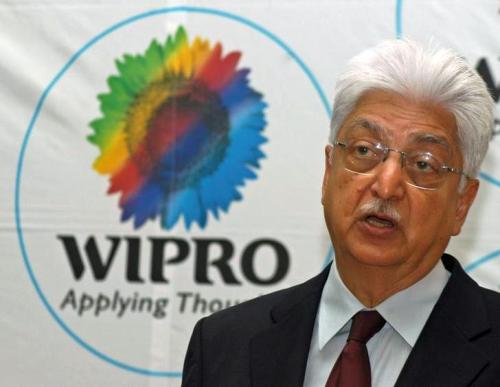 Premji, unlike some of the other billionaires of his generation, prefers to have a much more focused approach towards philanthropy.

It is not merely giving money. He says in India establishing "operational and execution structures is much harder than committing or collecting money."

This is the reason why he decided to set up an operating organisation with the aim of working in collaboration with the government to improve the public schooling system.

The Azim Premji Foundation has 800 people, most of whom are based in some of the poorest regions of the country, and others at the Azim Premji University in Bangalore. The Foundation plans to scale up to 4,000-5,000 people over the next five years.