A Bangladeshi court has granted bail to Nobel Peace Prize winner Muhammad Yunus, amid allegations that a sister concern of his Grameen Bank marketed contaminated yoghurt.

Yunus appeared in Food Court of Dhaka City Corporation over allegations that a sister concern of his Grameen Bank marketed contaminated yoghurt in market, officials said.

They said the court granted him bail and also exempted Yunus from personal appearance during the next hearing of the case.

"I prayed for my bail and I got justice. . .the case is now under trial process," Yunus told reporters while coming out of court.

His lawyers told the court that the Nobel Laureate did not have any relation with the overall management of the Grameen Danone Foods that produced the yoghurt.

The development came nine days after a court in northern Mymensingh granted him bail following his personal appearance on a defamation suit filed in 2007 by a local politician.

Yunus won the Nobel Peace Prize along with his Grameen Bank in 2006 for his microcredit banking in Bangladesh.

His legal woes in Bangladesh have led to speculation -- denied by the government -- that they stem from personal differences with Prime Minister Sheikh Hasina.

A committee was earlier asked to review Grameen Bank's working and allegation of mishandling of funds.

An earlier documentary and subsequent media reports alleged that Yunus had diverted $100 million meant for microcredit lending of Grameen Bank to its sister venture Grameen Kalyan, also a non-profit welfare company breeching Bangladesh's financial laws and agreements with the donor.

Yunus has denied the allegations.

The Norwegian donor earlier gave a clean chit to Grameen Bank founder Muhammad Yunus, saying it found no evidence of donor fund embezzlement by his bank, removing a cloud that had hovered over the Nobel Laureate.

"There is no indication that Norwegian funds have been used for unintended purposes, or that Grameen Bank has engaged in corrupt practices or embezzled funds," Norwegian Minister for Environment and International Development Erik Solheim said in a statement issued by the country's foreign ministry. 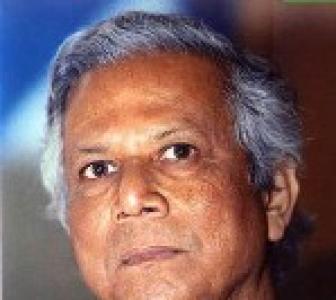 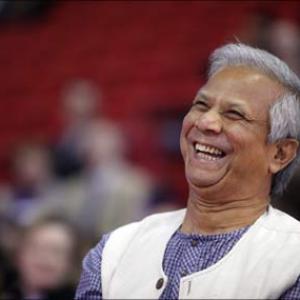