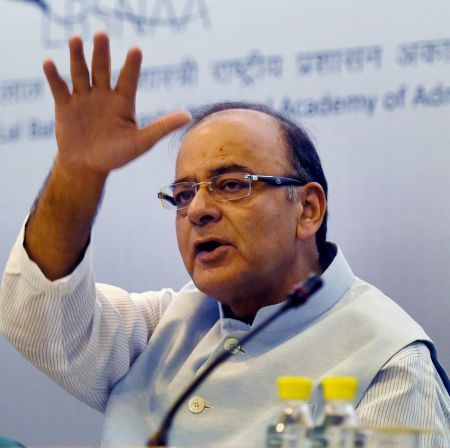 Days into the GST regime, Revenue Secretary Hasmukh Adhia has taken to Twitter to bust "seven myths" that were doing the rounds about the new tax regime.

Adhia, architect behind the country's largest tax reform, sought to dispel concerns that if a person makes payment of utility bills by credit cards, the he/she will be paying GST twice.

"This is completely untrue. Please do not re-circulate such message without checking it with authority," Adhia said.

India ushered in the Goods and Services Tax regime on the intervening night of June 30 and July 1.

A four-tier tax slab -- 5, 12, 18 and 28 per cent – has been decided with essential items like salt, unpacked food grains, healthcare services being kept zero-rated.

Busting the myth that GST rates are higher than VAT, Adhia said, "It appears higher because excise duty and other taxes which were invisible earlier are now subsumed in GST and so visible now."

He reiterated that businesses can continue to do business under GST with provisional ID number and need not wait for Goods and Services Taxpayer identification number.

He said that businesses need not generate all invoices on computer or internet alone. "Invoices can be generated manually also."

On the rumour that businesses which were earlier exempt will immediately need new registration before starting business now, Adhia said, "You can continue doing business and get registered within 30 days".

He said small retailers need not file invoice-wise details in their return forms and retailers will have to just file one return form as the two other forms will be auto-populated by the computer.

"There is only 1 return with 3 parts, out of which first part filed by dealer and two other parts auto populated by computer," he said.

Adhia also said that internet is not needed all the time to do business under GST. The reality is internet would be needed only while filing monthly return of GST, he said.

In a statement, the finance ministry said the two days post GST rollout has passed "without any major problems being reported" from the field offices.

"The revenue department has got encouraging reports from the roadside dhabas and big restaurants as well as from kirana shops to departmental stores which, in turn, have started getting acclimatised to the new tax system," it said.

The central and the state government officers are trying their best to provide the required and the correct information to the industry, it said.

Since June 25, when the GSTN portal opened for fresh registration, 2.23 lakh new dealers have got enrolled.

Of this, 63000 have submitted full details, and 32,000 dealers have been granted fresh registrations also.

The window for new registration will remain open for 30 days.

Adhia has appealed to people not to circulate any unverified messages through social media, the statement added. 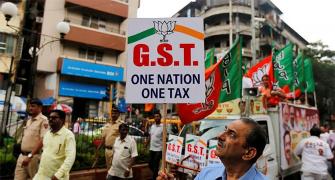 GST: India Inc gets ready, in fits and starts Will GDP suffer from GST hiccups?