News
Business
Movies
Sports
Cricket
Get Ahead
Money Tips
Shopping
Sign in  |  Create a Rediffmail account
Rediff.com  » Business » Will the BRICS Summit live up to the hype?

The world is watching how the chiefs of Brazil, Russia, India, China, and South Africa known as BRICS take the step together to impact the world economy. 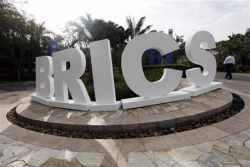 The theme of the Summit is "BRICS Partnership for Global Stability, Security and Prosperity". Prime Minister Dr Manmohan Singh will host President Dilma Rousseff of Brazil, President Dimitry Medvedev of Russia, President Hu Jintao of China and President Jacob Zuma of South Africa at the Summit.

Why BRICS seems attractive is not difficult to follow. When compared to BRICS' progress, IMF puts the growth of Britain at 0.6 per cent and 1.8 per cent for America.

In the fourth BRICS summit many ideas are in the air. China's long term dream is to make its friendly trade partners conduct business with it in convertible Renminbi (RMB).

China would influence every international platform to achieve its goals. Another idea is to start the BRICS bank. The BRICS group is exploring the idea of having South-South development bank to take on West-based and West-controlled banks and financial system.

However, the idea is at a nascent stage, say Indian officials. Sudhir Vyas, secretary of MEA ruled out any major breakthrough, in short term, in the direction. He added that BRICS Development Banks has held a technical expert level meeting in Kumarakom on 15-17 February to finalize texts of (i) Master Agreement for Extending Credit Facilities in Local Currencies, and (ii) BRICS Multilateral Letter of Credit Confirmation Facility Agreement, that will be signed at the Summit.

Privately, Indian businessmen think that China would never keep the huge funds at the disposal of it's counterparts in BRICS bank. The idea of full-fledged commercial bank of five fastest growing

economies will have to wait.

China is convinced that BRICS countries should agree to open up their banking to each other and use their own currencies in exchanges.

America and Western countries view BRICS with suspicion because BRICS is one of the forums from where the end of the Dollar standard can begin if all the BRICS countries agree to trade in non-dollar currencies, with spirit and with aim of taking grip of future world trade.

Brazilian Trade and Industry Minister Fernando Pimentel told Reuters on Wednesday that today's biggest problems, "doesn't have to do with China. It has to do with the dollar and the euro."

In taking baby steps that would eventually end the monopoly of Dollar will mark the turning point of history of Dollar. The South African government has officially announced that it will agree to the Chinese Renminbi as the new global currency during the BRICS Summit in India.

The Chinese businessmen attending the BRICS event says that China Development Bank (CDBs) is likely to sign a memorandum of understanding (MoU) in New Delhi with its BRICS counterparts, Currently 13 per cent of China's trade in Asia is done in Renminbi.

China wants to make it to 50 percent by 2015. For China, vehicles like BRICS are useful in its aim to push for the faster Renminbi internationalisation.

Vadim Lukov, Russia's ambassador-at-large and BRICS negotiator, terms BRICS group as an "alliance of reformers." He thinks that BRICS would redefine and reorganise the international trade.

Already, an announcement has been made that to get an exposure to each other's markets and to access more liquidity five BRICS countries stock exchanges will start cross-listing of the "futures."

Even though, BRICS countries are far from achieving coherent political voice but BRICS is being noticed now.Today, before BRICS speaks through "Delhi Declaraiton" US assistant secretary of State Robert Blake is speaking to Indian media through Facebook interface. His timing to interact is not without significance.

Who is responsible for embarrassments facing the govt? 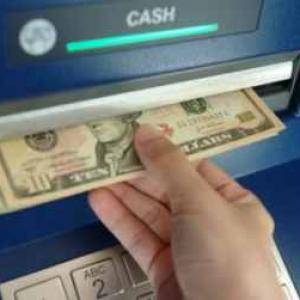