Will Sachin Bansal's Rs 740 crore bet in CRIDS pay off?

His immediate plan is to scale up the company’s operations as quickly as possible without making much investment in physical infrastructure and by leveraging technology. 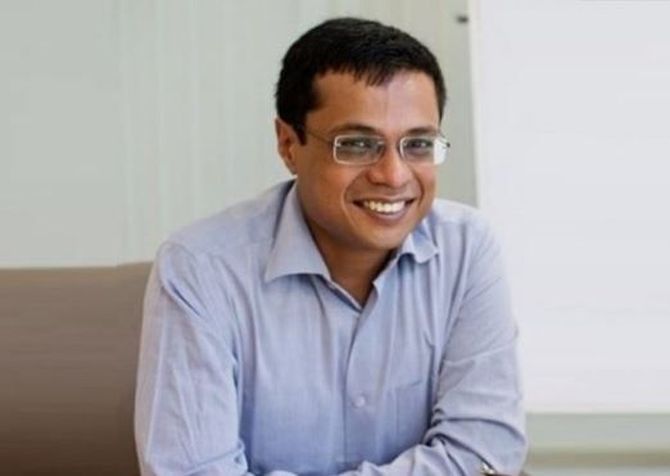 After Sachin Bansal exited Flipkart in May last year, all eyes were on his next move.

He did a couple of small investments, but people who know Bansal closely are pretty sure that those are not the things he would want to do for long.

After leaving the e-commerce firm that he co-founded in 2007, Bansal predominantly confined himself, over the next few months, in trying to find out what are the next big sectors that could give him enough scope to scale and solve the challenges, by leveraging the power of technology.

And this September, the ace entrepreneur found the answer to that when he picked 94 per cent stake in microfinance company Chaitanya Rural Intermediation Development Services (CRIDS) for around Rs 740 crore.

“Post Flipkart, I took a break and then explored various opportunities where I could apply my skills.

"I looked at health care and education and the gaps that existed in these spaces,” said Bansal, while speaking at an event in Bengaluru recently.

“Around late last year, I finally decided on financial services,” he added.

Since then, Bansal has taken over CRIDS as CEO and is driving everything from the front.

His immediate plan, according to sources close to him, is to scale up the company’s operations as quickly as possible without making much investment in physical infrastructure and by leveraging technology.

The plan includes to scale CRIDS’ presence from the present five states to 10 as quickly as possible.

“What Sachin is basically trying to do is to see how you can use technology to drastically reduce costs and improve service delivery so that the cost of lending also comes down and the returns get better,” said a source privy to his plans.Bansal has also made it amply clear that besides microfinance, he is also going to broaden his playing field in the larger financial services space sooner or later.

“What attracted me to this is the size of the opportunity.

"I think the level of under-penetration that exists in any part of financial services is so high that India will need a lot more dollars, a lot more start-ups than what we have today, to solve this problem in the next 1-15 years,” Bansal said at the event.

As the country’s economy grows, he says, this will give rise to a number of people who will fall in the “middle class” category.

Many of them would also migrate to cities or launch businesses which will open huge opportunities not just for credit but other financial services as well.

“Today, the problem is, they (the middle class) don’t have access to it (financial products),” he says.

In the last five years, India has undergone a financial revolution of sorts.

There are now a dozen payment apps, UPI volumes have surpassed credit and debit cards, and top fin-tech firms like PhonePe and Paytm are worth billions of dollars.

A recent Boston Consulting Group (BCG) report said over 1,000 fin-techs have come up in India over the last seven years.

Unlike the bigger fintech companies, Bansal-run CRIDS is focusing on first-time, non-urban users for its financial products.

“I see a different kind of trend over here. In fact, firms in this segment are profitable. It makes sense to solve for these customers.”

Chaitanya, which started in 2009, offers loans for vehicles, education and small businesses to low-income consumers in five states.

In FY19, it disbursed loans of around Rs 800 crore and had total assets under management of Rs 567 crore, according to the company’s annual report.

“While business has been growing, he (Sachin) is now trying to bring in his learning from running other businesses, and use technology as much as possible,” said the source.

Bansal is providing advice on adopting technology systems in all facets of business, for lower cost and higher efficiency.

CRIDS will also have something akin to an app to accelerate sign-ups through the web.

He is also reportedly working on proprietary credit scoring and underwriting systems.

“This is the business which he feels is the future and has thus pumped in huge money and resources as a strategic bet,” said the source.

Given what he has achieved at Flipkart, it will only be expected that he would make a resounding impact in the financial services space.

“What I have realised so far is that nothing is going to happen in the short term. You have to take a long-term view,” Bansal added. 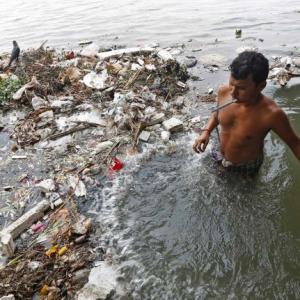