Markets on a weak footing due to poor earnings, rich valuations, supply of paper; BJP loss could trigger a correction The markets remain on a weak footing due to expensive valuations, following a sharp run-up, and a loss for the Bharatiya Janata Party (BJP) in the Delhi Assembly elections might lead to a correction, say market players.

Elections in Delhi will be held on Saturday and the results will be announced on Tuesday. Most opinion polls have said the Arvind Kejriwal-led Aam Aadmi Party (AAP) could win the elections. While the AAP is estimated to win 28-46 seats of the 70 seats in the Delhi Assembly, the BJP might win 19-37 seats. The Congress’s tally is estimated to stand at two-seven.

“An adverse showing in the Delhi polls (by the BJP) will indicate the momentum has slowed from the May Lok Sabha elections and the subsequent Assembly polls,” Bank of America Merrill Lynch (BofAML) said in a note.

Though a small region, Delhi generates a disproportionately high amount of news flow, as it is the national capital.

G Chokkalingam, founder & managing director of Equinomics Research and Advisory, said, “Even if the BJP does not get a majority in the Delhi Assembly, that will not upset or change things in the Lok Sabha or the Rajya Sabha, as Delhi has very few seats, if one looks at the entire composition of these two Houses of Parliament.”

“While an outcome in the Delhi Assembly elections doesn’t impact the central government, led by Prime Minister Narendra Modi, we think the market will be concerned whether the election result is a local issue (as state elections generally are) or whether it indicates a loss of popularity for the ruling BJP,” BofAML analysts Jyotivardhan Jaipuria and Anand Kumar said in a note.

“A loss in the Delhi polls for the BJP could provide further excuse for a correction (in the markets). We think these corrections are tactical and reiterate our year-end Sensex target of 33,000 (a 12 per cent upside from the current Sensex level of 29,000),” they added.

Chokkalingam, too, said a correction was waiting to happen.

After rallying about 30 per cent in the past year, the Indian markets are now trading above their long-term averages, about 16 times the one-year forward earnings. Also, a lot of liquidity is being channelised into the new paper supply entering the market. In just about a week, about Rs 30,000 crore has been raised through divestment in Coal India and fresh equity-raising by HDFC Bank. The new paper supply, both from government and private firms, is expected to further gather steam.

“A lot of companies are planning to raise capital. The markets could remain weak till the Budget and slip about three per cent from here. However, they should gather momentum after the Budget,” said Chokkalingam.

“We think the market is likely to see a correction of about five per cent over the next two months on account of the supply of paper, rich valuations and weak earnings. A loss for the BJP in the Delhi polls could provide an excuse for the correction,” said the BofAML analysts. 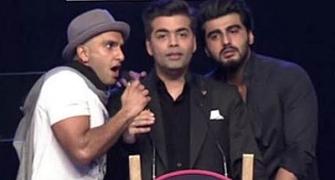 Indian Railways earnings up by over 12% 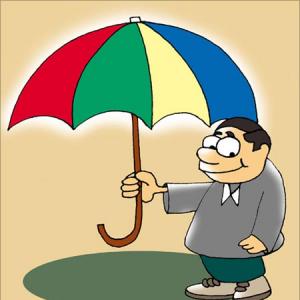