News
Business
Movies
Sports
Cricket
Get Ahead
Money Tips
Shopping
Sign in  |  Create a Rediffmail account
Rediff.com  » Business » Why sale of stressed assets by banks off to a slow start this year

Recently, CVC suggested that banks have a monitoring mechanism for bad loan sales to ARCs, with the cash flow statement from stressed assets shared with banks.

With Central Vigilance Commission (CVC) raising doubts over the sale of stressed assets by banks to asset reconstruction companies (ARCs), the process has started on a low pitch this financial year.

Recently, CVC suggested that banks have a monitoring mechanism for bad loan sales to ARCs, with the cash flow statement from stressed assets shared with banks, according to top bankers in public sector banks (PSBs).

CVC is of the view that in many cases the management fee and other expenses charged by the ARCs to banks are not fair.

“Now, certain additional caveats that have been brought in are acting as a dampener for the ARCs.

"The regulatory requirement is that the ARCs have to make cash flows statements available to the bank.

"What is happening to that assets? How is the management fee getting used?

"These are the questions ARCs need to answer. So, ARCs are quoting their price a bit conservatory.

"The that kind of enthusiasm which was visible earlier, it has gone down,” said head of public sector bank.

Banks too are in favour of having a monitoring mechanism for sale of assets to ARCs.

“CVC has asked for more transparency in the deals, with a kind of policy under which the haircut is determined.

"This will eliminate distress sale of assets by banks,” said another head of a public sector bank.

While formal guidelines on monitoring mechanism of loans sold by banks to ARCs are yet to come, banks are already acting on the CVC’s suggestions in seeking details of expenses incurred and cash flows in the stressed assets.

“The CVC has given the suggestions to have a monitoring mechanism in place in case of asset sale to ARCs.

"It had found that the realisations from the assets by ARCs were much higher than what banks were getting.

"A monitoring mechanism will help bankers realise the real value of the assets. The market is considering the new suggestion,” said a senior banker with a PSB.

Banks, which were once actively looking to sell stressed assets to ARCS, including those stuck in NCLT for long, have now put the plans on hold.

Instead, they are preferring resolution through NCLT or one-time settlement.

Earlier, United Bank of India was contemplating to put on sale its exposure to Bhushan Power and Steel for sale to ARCs. However, the plan is now on hold.

“We thought of selling it, but as of now, we haven’t. We are expecting better recovery from the NCLT,” a senior banker at the United Bank of India said.

Typically, when a bank sells a bad loan to an ARC, they pay a portion as cash upfront, and issues security receipts (SRs) for the balance, which can be redeemed or recovered.

However, according to a senior banker, the recovery from SR has been negligible over the years.

As against this, in general, for cases referred in the NCLT, banks are expecting 30-35 per cent recovery. 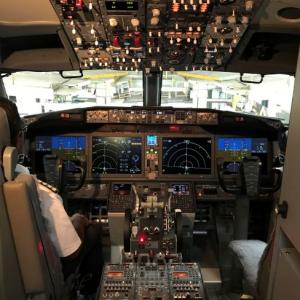