News
Business
Movies
Sports
Cricket
Get Ahead
Money Tips
Shopping
Sign in  |  Create a Rediffmail account
Rediff.com  » Business » Why RBI did not cut rates in December

Why RBI did not cut rates in December

The minutes of the December MPC meet reveal members felt the current spike in the headline inflation rate was due to a temporary supply shock on the food front, expected to moderate by the second quarter of 2020-21.

The perception of a sharp rise in inflationary expectation, with inadequate transmission of prior monetary policy changes, led to the unanimous decision for a pause in the earlier interest rate easing cycle at the Reserve Bank.

The minutes of the latest meeting of the Monetary Policy Committee (MPC) were released on Thursday.

The MPC decides on the benchmark policy rate of RBI.

It comprises six members, three from the central bank and three others appointed by the central government; the RBI governor is chairman.

At the meeting, the members said they expected the counter-cyclical measures taken by the government, along with growth initiatives to be announced in the coming Union Budget, to do the 'heavy lifting' needed in a slowing economy, with monetary policy playing a facilitating role.

In the December bi-monthly MPC meet, the benchmark policy rate was kept unchanged at 5.15 per cent, while continuing with the earlier accommodative stance.

Prior to that, the MPC had cut the repo rate (at which RBI lends to banks) by 135 basis points (bps) since February.

The minutes of the December meet reveal members felt the current spike in the headline inflation rate was due to a temporary supply shock on the food front, expected to moderate by the second quarter of 2020-21.

Some did express concern on the possibility of a spillover to non-food inflation.

The headline inflation projection of RBI for the second half (Q2) of this financial year is 4.7-5.1 per cent.

The rate is expected to come gradually below the target in Q2 of FY21.

Last month, headline inflation touched 5.54 per cent; it has been gradually rising from August.

The Purchasing Managers Index (PMI) in manufacturing and services has increased in the recent past.

An RBI survey shows companies have turned investors, from savers earlier, with indications that the capital expenditure cycle might be turning up.

Governor Shaktikanta Das was minuted as saying: “The impact of recent counter-cyclical measures taken by the government is playing out.

"The next Budget is due for presentation in about two months and will provide greater clarity about the further measures the government may initiate.

"It is imperative that monetary and fiscal policies work in close coordination.”

Ravinda H Dholakia felt that when the economy was going through a slowdown, it was logical to expect fiscal slippage.

And, if the central government cut expenditure to maintain the fiscal deficit target, it would amount to a contractionary fiscal policy during a downturn.

“In my opinion, therefore, the slippage of more than 50 bps may also be justified under the present circumstances,” Dholakia said.

The recommendations of the N K Singh committee on the issue had provided a buffer of 50 bps slippage in the fiscal deficit target during a slowdown period.

RBI has lowered its FY20 growth projection to five per cent, from 6.1 per cent earlier. The projection for the first half of the coming financial year is 5.9-6.3 per cent.

However, transmission to the government securities market had been partial.

And, the earlier 135 bps reduction in policy rate by the MPC had resulted in only a 44 bps reduction in the weighted average lending rate (WALR) on new rupee loans till October; rates on outstanding loans rose by 2 bps. 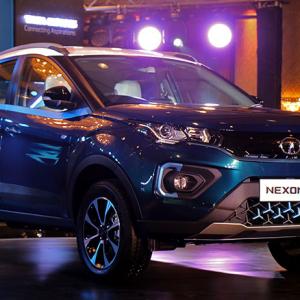