News
Business
Movies
Sports
Cricket
Get Ahead
Money Tips
Shopping
Sign in  |  Create a Rediffmail account
Rediff.com  » Business » Why it's good time to scout for property

Why it's good time to scout for property 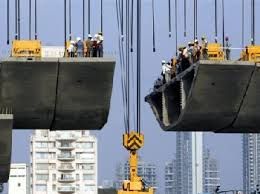 After waiting for almost three years, information technology professional Kunal Bhat has finally decided to take the plunge and buy a property in Thane.

“For the past couple of years, it was very tough. There were token salary increases. Worse, there was fear of job losses.

“The overall uncertainty made it almost impossible to take a call,” he says.

Things are beginning to change because there is less talk of job losses and if things do look up, even salaries might improve by next year.

Importantly, he believes with the stock market showing signs of improvement, the realty market will also start rising soon.

Typically, the realty market follows the stock market with a lag of six months to a year. Before it happens, he wants to strike the deal.

Financial planner Gaurav Mashruwala has also been pushing some of his clients towards property, as he believes realty is still a laggard.

“It would be a wise thing to start looking at and identifying properties because the timing is quite right,” he says.

Some traction already seems to be there, if one goes by property consultants and bankers. Says Om Ahuja, chief executive officer of residential property, Jones LangLasalle: “With the number of closures in property deals rising, builders are already beginning to withdraw some of their attractive schemes, like 80:20.”

Ahuja says except the Delhi-National Capital Region, not seeing much traction because of the negative vibes in the area due to legal problems being faced by buyers in the Supertech case, other areas in metros are seeing a lot of action.

And with slightly over a month to go before the festival season starts, this could be a good time to start scouting.

Typically, there is little property buying between May and September because of the monsoon.

After that, the home buying season starts in full swing and goes on till the end of the financial year.

“The festival season would allow buyers to get freebies and discounts which could be quite useful for a first-time buyer who wants to stay in the residence,” adds Mashruwala.

There were freebies and discounts even in the past few years but a potential buyer lacked the confidence due to tough economic conditions.

With the stock markets beginning to move up and overall change in sentiment, the overall mood is better.

The good news is that this rise in confidence is yet to trickle down to property prices. At least, till now.

Till early this year, buyers were being offered discounts of 10-20 per cent.

Many are still offering discounts. But this will start coming down, say bankers.

“But smart buyers will get good deals because there are also many investors who have held on to properties for a long time and they want to exit.

“There is some institutional pressure from investors and lenders as well,” says a manager in a housing finance company.

For property investors, Mashruwala advises them not look for freebies such as free furniture or kitchen. Instead, try and negotiate a good discount.

One, it is unlikely that the Reserve Bank of India will raise rates in the near future.

In its recent policy review, RBI decided not to start a rate cutting process and might not do so in FY15.

But the good news is that rate cuts aren’t far away as well.

Says a report from Religare Securities: “RBI’s rigid stance on containing inflationary expectations means there is little scope of easing, at least in 2014.

“As such, we expect rates to remain elevated for now, with a 25 basis points (bps) cut unlikely to materialise before the year’s fourth quarter.”

Most banks and housing finance companies are charging 10-11 per cent on home loans.

In addition, to encourage affordable housing, RBI has exempted long-term bonds from mandatory regulatory norms like the cash reserve ratio (the minimum fraction of total deposits that commercial banks have to hold either in cash or park with RBI) and statutory liquidity ratio (the amount commercial banks must maintain as gold or approved securities before lending).

Freed of these two requirements, banks would be able to provide cheaper loans to customers.

While these moves won’t have an immediate impact as banks will take time to raise bonds to lend, if funding from these bonds brings down rates, the borrower can always shift.

For, there is no prepayment penalty on floating loans any more.

Another point favouring buyers is the inventory with many builders. According to Knight Frank's last report on inventories, there was 44 per cent unsold inventory in Mumbai Metropolitan Region and 26 per cent in Delhi-NCR. These are from projects launched and remaining unsold.

“So, there would still be discounts available.

“This could be a good time to buy before prices start inching up.”

So, buyers have the cushion that prices aren’t running away anytime soon, at least in the next six months to one year, as investors aren’t buying into property still.

“If the markets were to rise sharply after a few months, then they will start booking profits and investing in the property market,” says a manager in the housing finance company.

Before it happens, this could be the time to purchase that long-pending property.

However, there is a twist in the tale. Section 24 of the Income Tax Act says if a house to be used by the buyer is not handed over by the builder ‘within three years from the end of the financial year in which capital was borrowed’, the exemption on the interest amount will only be Rs 30,000 and not Rs 200,000.

The importance of knowing a builder’s record has suddenly become very important.

As a financial planner says: “For someone buying his first property, it is imperative the builder’s track record should be taken into account because most probably this is a lifetime’s savings being ploughed in.

“And, he will look for all kinds of benefits to ensure his monthly budget is kept under control.”

However, property consultants say even the best known builder does not have the best track record.

Even well-known names like DLF and others are known to delay project delivery, sometimes by even two-three years.

“It might not be necessarily their fault because many times, delays in getting permissions from various government agencies lead delivery hitches.

“But buyers would benefit from the arbitrage that they get from buying an under-construction property vis-a-vis a readymade one,” says a property consultant.

He gives the example of a 900 sq ft carpet area readymade property from a builder in Andheri, Mumbai.

It is selling at Rs 3 crore (Rs 30 million) and an under-construction property in a nearby area is going for Rs 2.3 crore (Rs 23 million).

“The buyer knows that even if the property delivery is delayed, it would be worth at least Rs 3.5 crore (Rs 35 million).

“Therefore, it is a risk he is taking but a higher return.” Nevertheless, builders will be under pressure to deliver as consumer courts are also coming down heavily on them.

Last week, Orbit Housing was asked to refund Rs 1.16 crore (Rs 11.6 million) to a buyer and interest of Rs 62 lakh or Rs 6.2 million (at 18 per cent annually) because of delay in delivery.
Joydeep Ghosh in Mumbai
Source:

Why investment managers are in a rush to launch realty funds Should you opt for a high-value health cover? Best places to visit on a low budget this monsoon!