Slowing funding cycles for early-stage companies, freshers opting for more established firms, and many opting for places with better infrastructure, are all slowly taking away Koramangala’s tag of ‘India’s Silicon Valley’. 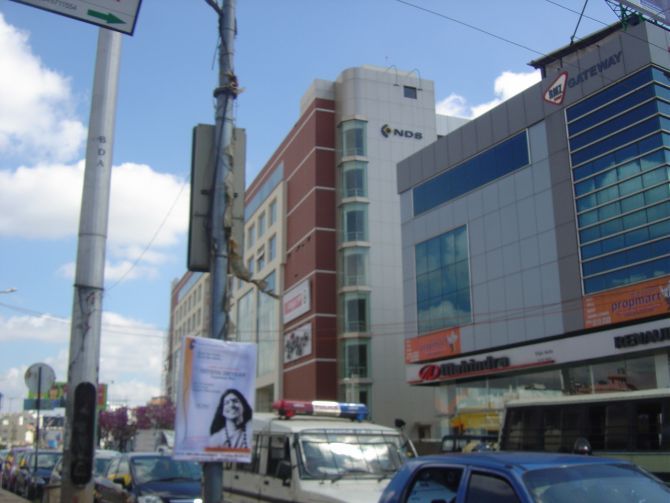 Image: In the bungalows and apartments of Koramangala, as many as 600 start-ups and some of the most successful companies in the country, including Flipkart, have had their humble beginnings. Photograph: Sbhar77/Wikimedia Commons

For 50-year-old P Rajesh, it is not the constant rush of patrons that he misses at his coffee and snacks shop, but the conversations.

In the past seven years, he has learnt a lot from the 20-something techies who would frequent his shop in Koramangala, considered the start-up hub of Bengaluru.

While one Pankaj taught him to send emails to his son in Saudi Arabia, Nisha helped him choose a smartphone, get a 4G connection and learn how to chat on WhatsApp, Rajesh remembers fondly.

“Initially, I could not understand what exactly they did. I even told a few of them to get real jobs.

"They would laugh and tell me that their parents also said the same thing,” he says, but adds, “Now I know what start-ups are and what do they do -- at least the broad outlines.”

Rajesh has witnessed the area transform from a quiet neighbourhood into a start-up and commercial hub in less than 10 years.

In the bungalows and apartments of Koramangala, as many as 600 start-ups and some of the most successful companies in the country, including Flipkart, have had their humble beginnings.

However, the place and the start-up culture have somewhat lost their sheen in the past two years.

According to market experts, slowing funding cycles for early-stage companies, freshers opting for more established firms, and many opting for places with better infrastructure are slowly taking away Koramangala’s tag of ‘India’s Silicon Valley’.

Investments in start-ups fell to just $4 billion last year from almost $9 billion in 2015.

The situation has not changed this year, too, as only established players such as Flipkart, Oyo, Paytm, and a few others such as Cure.Fit have been able to raise big bucks.

In such a scenario, the true blue start-up culture has taken a beating.

With smaller players finding it hard to get major investments, recruiting talent has become a problem.

Techies, who used to take chances on early-stage start-ups, have become more cautious in their approach and are now looking for job security.

“Start-up employees have become very cautious. It has become a norm of sorts that people join only companies that have received Series-B funding.

"Not many are now open to joining firms that just have seed funding.

"It is something they are extremely clear about,” says Ankit Nagori, co-founder of Cure.Fit.

Last year saw a number of start-ups in the e-grocery, food tech, e-commerce, fashion, and hotel aggregation space shut down.

In some extreme cases such as Tiny Owl, they shut down with employees having no knowledge of the crisis.

This has left a lot of freshers, who were otherwise eager to do something different, jittery.

“I had the option of being in a start-up as well as joining a major e-commerce firm.

"I chose the latter for the simple reason that I did not want to be suddenly left without a job with no prospects of finding another.

"I have responsibilities. While working in a start-up gives a creative rush, the uncertainty of job security is a deal breaker,” says Asma Abdullah, an engineer who just joined a major e-commerce company based out of Bengaluru.

Many start-ups are now doing away with mass hiring, something which was prevalent two years back, and are using the funds more on technology and big data.

Start-ups in Koramangala are seeing a lesser number of techies making way to the region.

“Two years back funding was good, so hiring was much easier. Things are now different. Companies like ours run with lean teams and are not going for any mass hiring.

"Lean teams that are driven and focussed on the product and company are more effective.

"This is one change that has happened in Koramangala,” says Pulkit Agrawal, co-founder & CEO, Trell, a mobile-first visual blogging app.

For several start-ups, the want of better infrastructure, higher internet bandwidth, ready-to-move-in office spaces, and real estate rentals are making them move to other areas in the city.

“More robust and mature companies need better infrastructure, which Koramangala area might not be able to provide.

"For them, IT parks in the city are becoming an option.

"Also, over the years, rentals in Koramangala have gone up and some bootstrapped firms might find the cost prohibitive,” says Smruti Parida, co-founder and chief technical officer of Nestaway. 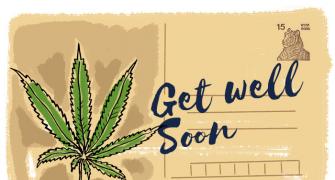