News
Business
Movies
Sports
Cricket
Get Ahead
Money Tips
Shopping
Sign in  |  Create a Rediffmail account
Rediff.com  » Business » We should be cautiously optimistic about economy: CEA

Chief Economic Adviser K V Subramanian on Friday said there is an "upside potential" in the estimates about the economy during the current financial year amid a faster-than-expected recovery. He said the final print could be better than GDP estimates given by various institutions, including the Reserve Bank of India, which projected contraction of 9.5 per cent during 2020-21.

During the second quarter, India's economy recovered faster than expected as a pick-up in manufacturing helped GDP clock a lower contraction of 7.5 per cent and held out hopes for further improvement on consumer demand bouncing back.

The GDP contraction of 7.5 per cent in July-September 2020 is compared with a growth of 4.4 per cent in the same quarter last year, according to data released by the statistics ministry on Friday.

Compared with the estimates provided by several of the analysts, Subramanian said, the Q2 numbers, have been more encouraging, which were being reflected in the high frequency indicators earlier as well.

Sustainability of the economic recovery depends critically on the spread of the pandemic, he said adding that while the peak of first wave was crossed in September, winter months must warrant caution.

Giving outlook for the near future, he said, "We should be cautiously optimistic and the caution is warranted because economic impact is primarily due to the pandemic."

Given the uncertainty, he said, it is difficult to predict if positive territory can be hit in the third or fourth quarter.

"I would say that the given what we have seen in Q1 and Q2 and with the optimism that is being seen in the estimates, I do see upside potential in that estimate given the good recovery that is happening," he said when asked about growth estimates for the entire financial year.

As far as the second half of the current fiscal is concerned, he said there is uncertainty although there is sharp recovery especially in the manufacturing sector.

"But given the uncertainty, I think it would be difficult to say whether we will hit the positive in Q3 or Q4. My sense is that we should definitely be continuing this recovery provided that the pandemic remains in control."

He said some sectors that are affected by social distancing will continue to experience demand slump till the time the pandemic does not go away.

On food inflation, he said the prices are likely to soften in the third quarter of this fiscal year.

"Food inflation is one of the aspects that has to be tracked very closely. The decline in growth in WPI food inflation in October is something that suggests that there may be softening of inflation that we can anticipate going forward," he said.

Niti Aayog vice chairman Rajiv Kumar on Friday termed the speed of India's economic recovery as a "pleasant surprise" and said manufacturing shows a positive growth that confirms a rebound.

India's economy recovered faster than expected in the September quarter as a pick-up in manufacturing helped GDP clock a lower contraction of 7.5 per cent and held out hopes for further improvement on better consumer demand.

"Speed of #economic recovery springs a pleasant surprise. #Manufacturing shows a positive growth which is the confirmation of a rebound of demand led recovery," Kumar said in a tweet.

With the gradual opening up from June, the economy has picked up, according to official data released on Friday.

Continuing its good showing, the agriculture sector grew by 3.4 per cent, while the trade and services sector showed lower-than-expected contraction at 15.6 per cent. 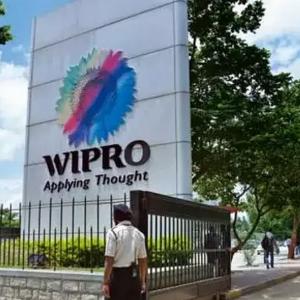 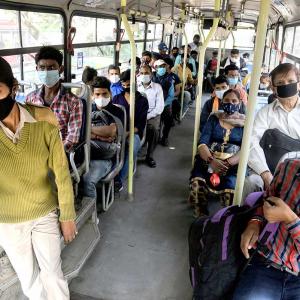