News
Business
Movies
Sports
Cricket
Get Ahead
Money Tips
Shopping
Sign in  |  Create a Rediffmail account
Rediff.com  » Business » 'We are a consumption-based economy, demand will not go away easily'

'We are a consumption-based economy, demand will not go away easily' Corporate houses across the country are pinning their hopes on the latest GDP growth numbers for a turnaround in the economy.

Earlier last week, the government announced the GDP growth for the second quarter ending September at 6.3 per cent, signalling an economic recovery.

In fact, India’s economic growth rate rose in Q2, after a five-quarter decline.

Destocking by businesses during the first quarter of 2017-18 due to GST fears had pulled down the GDP growth to a three-year low.

Conversations with multiple stakeholders and industry captains show they are optimistic that GDP growth for this financial year could range between 6.5 and 7 per cent.

Harsh Mariwala, chairman, Marico Ltd, too believes GDP growth is moving towards the 7 per cent mark. “The third and fourth quarters (of FY18) should do well though rising crude (oil) prices do pose a challenge. At the broader level though, GST issues are normalising and the overall mood is also positive. All of this will aid growth.”

The formalisation of the economy, GST and other policy initiatives have put India on a firm ground, pointed out Venu Srinivasan, chairman, TVS Motor Company. “They (GST and other reforms) were difficult measures to implement resulting in short-term pain, but that is behind us now. From this quarter onwards (third quarter), growth will get even better,” Srinivasan said.

According to MS Unnikrishnan, managing director and chief executive officer, Thermax, there is no negative as such in the global market unless the North Korean crisis escalates and affects trade.

“Demand in the domestic market is also picking up. These factors should all help the Indian economy.”

Most corporate executives pointed to improvement in rural demand as a positive for the economy. They also said higher spending on infrastructure, good monsoons this year, better minimum support prices for key crops announced by the government as well as recapitalisation of banks should help the economy.

The head of a leading steel maker stressed that green shoots in manufacturing were beginning to show for a while and that it would accelerate in the coming quarters.

“Manufacturing should pick up with a revival in overall demand, especially in sectors such as capital goods. This will in turn push demand for steel and cement, aiding sectors dependent on these inputs,” according to Pankaj Patel, chairman, Cadila Healthcare (Zydus Cadila) and president, Federation of Indian Chambers of Commerce & Industry.

There are others betting on manufacturing too. Vikas Oberoi, chairman and managing director, Oberoi Realty, said, “India is slowly becoming a manufacturing hub for many companies and I see this trend growing. We are a consumption-based economy and my view is that demand will not go away easily. While there will be temporary blips, it will eventually bounce back.” 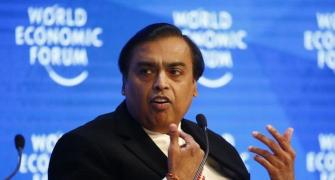