The company at present provides monthly mobile services at starting price of Rs 24 without data, and plans with data service starts from Rs 33 onward. It did not disclose the quantum of hike. 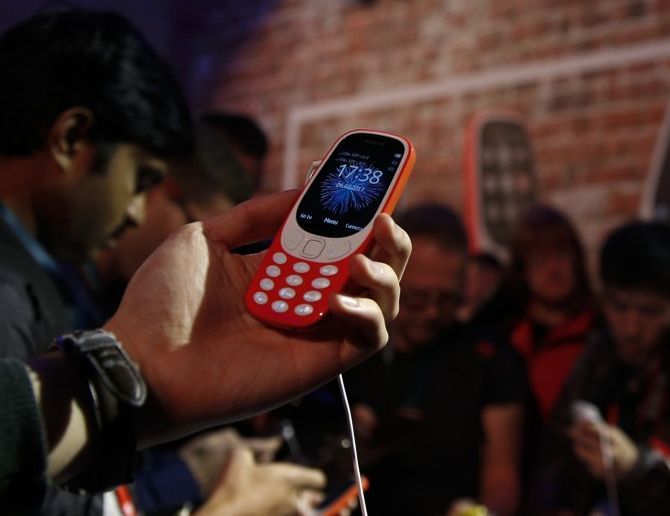 Debt-ridden telecom operator Vodafone Idea on Monday said it will raise mobile services rates from December 1 in the wake of ongoing financial stress.

"To ensure that its customers continue to enjoy world class digital experiences, Vodafone Idea will suitably increase the prices of its tariffs effective December 1, 2019," Vodafone Idea said in a statement.

Vodafone Idea did not disclose the quantum of hike in tariff it is planning from December 1.

The company at present provides monthly mobile services at starting price of Rs 24 without data, and plans with data service starts from Rs 33 onward.

Vodafone Idea last week reported consolidated loss of Rs 50,921 crore - highest ever loss posted by any Indian corporate - for the second quarter ended September 30, on account of liability arising out of the Supreme Court order in the adjusted gross revenue case.

The Supreme Court last month ruled in favour of the government and directed telecom companies, including Vodafone Idea, to pay dues as demanded by the Department of Telecom.

Vodafone Idea said that its ability to continue business will depend on reliefs sought from the government and positive outcome of the legal option it has.

"The acute financial stress in the telecom sector has been acknowledged by all stakeholders and a high level Committee of Secretaries (CoS) headed by the Cabinet Secretary is looking into providing appropriate relief," the statement said.

Both Vodafone India and Idea Cellular merged their telecom business to handle the tariff war in the sector, triggered by the new entrant Reliance Jio in 2016.

The merged entity Vodafone Idea came into existence on August 31 last year as the biggest telecom operator in the country with 408 million mobile customers.

However, the financial woes for the company did not end and the company lost over 100 million mobile subscribers since merger due to the cut throat tariff war.

The company has been investing in building networks.

However, low return from tariffs added to its financial woes.

According to the Telecom Regulatory Authority of India, prices of mobile data have fallen drastically by about 95 per cent to Rs 11.78 per gigabyte (GB).

Mobile calling rates dipped by about 60 per cent to about 19 paise per minute between June 2016 and December 2017.

Promoter firm Vodafone, which holds majority stake of 45.39 per cent in Vodafone Idea, has said that the group will not infuse any further equity investment in the Indian telecom venture and reportedly similar stand has been taken by the Aditya Birla Group.

This leaves the company with no other option but to support operation from internal resources.

Vodafone Idea said it has the largest spectrum footprint and by accelerating its network integration, the company is rapidly expanding both its coverage and capacity and is well on track to offer 4G services to 1 billion Indian citizens by March 2020.

"VIL will continue to actively invest in making its network future-fit by embedding new age technologies and launching new products/services to cater to the evolving needs of its over 300 million customers," the statement said.

Bharti Airtel will do the same

Telecom operator Bharti Airtel on Monday said it will start raising rates for services in December to make business viable.

The telecom sector is highly capital intensive with fast changing technology cycles that require continuing investments and therefore, extremely important that the industry remains viable to support the vision of Digital India, it said.

"Accordingly, Airtel will appropriately increase price offerings in the month beginning December," it said in a statement.

Bharti Airtel, which has been hit hard by the Supreme Court ruling on statutory dues, last week posted highest ever loss of Rs 23,045 crore in the three months ended September.

The company also said that it understands that telecom regulator Trai is likely to initiate a consultation for bringing rationality in pricing in the Indian mobile sector, which has been operating at prices that have been eroding its viability.