By June 14, the monsoon should have reached central India. But this year it hasn’t even covered Karnataka properly or entered the Northeast.

The monsoon, which has entered a prolonged lull phase, might revive by next week, weather officials have said. So far, rainfall has been almost 42 per cent less than normal across the country -- its worst performance since 2014.

The delay of more than a week and the poor performance has raised fears of widespread drought. Rainfall in the months ahead of the monsoon, which started from June 8, was more than 22 per cent below normal.

By June 14, the monsoon should have reached central India. But this year it hasn’t even covered Karnataka properly or entered the Northeast.

K Sathi Devi from the India Meteorological Department said the monsoon might revive soon as cyclone Vayu, which had taken away a lot of the monsoon’s strength, recedes.

“In three to four days, the rains should reach Bihar and West Bengal. In the west coast, it might cover Tamil Nadu and reach parts of Karnataka by then,” she said.

Mahesh Palawat, chief meteorologist at Skymet, said, “In the interior peninsular region, the monsoon might revive in a day or two. But whether it will be a strong revival or a weak one remains to be seen.”

Skymet Managing Director Jatin Singh in a statement said his assessment after two weeks of rainfall has been that the showers have been “weak, very weak”.

Data from the department from agriculture shows initial sowing of kharif crops has taken a back seat in Gujarat for groundnut, in Maharashtra for cotton and soybean, and in Karnataka for maize.

Till June 14, kharif crops have been sown in 8.22 million hectares, down 9 per cent from last year. Drought: It's a fight for survival in Maharastra 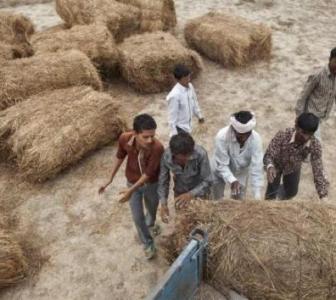 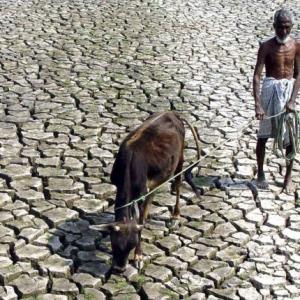