Nestle India currently exports Maggi noodles to Canada, UK, Singapore and Kenya and to third parties in the US, Australia and New Zealand 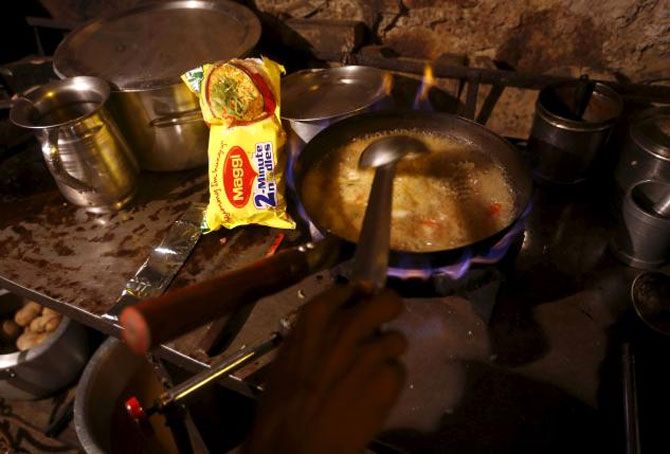 UK's food regulator Food Standards Agency (FSA) on Wednesday gave a clean chit to Nestle for Maggi manufactured in India saying levels of lead in the product are well within the EU permissible levels.

"The FSA can confirm that results from testing samples of Maggi Noodles in the UK have all found that levels of lead in the product is well within EU permissible levels and would not be a concern to consumers," FSA said in statement.

It further said: "Following an incident in India, where a sample of Maggi Noodles was reported to contain high levels of lead, the Food Standards Agency made the decision to test a selection of Maggi Noodles as a precaution. In India, this incident has resulted in a large scale withdrawal of the product."

Nestle informed FSA that the only variety of Maggi Noodles they import into the UK from India is the 'masala flavour'.

"The FSA has now tested this flavour and others from the Maggi noodles range, as a precaution. As well as tests carried out by local authorities, the FSA has also asked Nestle to provide it with test results from its own samples. All showed levels of lead to be well within EU permissible levels," it said.

The total number of samples taken from Nestle, local authorities and port authorities were around 900, FSA added.

Similarly, food regulators of other countries such the Vietnam Food Administration (VFA), National Measurement Institute in Australia and Singapore's Agri-Food and Veterinary Authority (AVA) have given clean chit to the company and said Maggi noodles imported from India are "completely safe to eat".

Nestle India currently exports Maggi noodles to Canada, UK, Singapore and Kenya and to third parties in the US, Australia and New Zealand.

Maggi noodles were banned in India by food safety regulator FSSAI over presence of lead beyond permissible limits and taste enhancer monosodium glutamate.

Nestle India had recalled the instant noodles from the Indian market and destroyed Maggi worth Rs 320 crore (Rs 3.2 billion).