Amid differences between Telecom Ministry and companies on the 3G roaming pact, CEOs of top telecom firms, including Bharti Airtel and Vodafone, have sought Prime Minister Manmohan Singh's intervention in the matter. 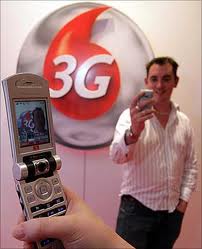 "We seek your most urgent intervention to ensure that contract and promises are honoured otherwise the reputation of an acclaimed, transparent auction, will be harmed irreparably," they said in a joint letter to the Prime Minister.

The issue pertains to the pact among major service providers, including Bharti Airtel, Vodafone Essar and Idea Cellular, for providing 3G roaming network on a pan-India basis. Other service providers, like Tata Teleservices and Aircel, had entered into a similar agreement to offer services in six circles.

In their letter to the Prime Minister, the CEOs even demanded refund of investment made by the companies in the 3G auction, and later on the infrastructure.

In the letter, the CEOs said, "We also submit most respectfully that, in the event that 3G Intra-Circle Roaming (ICR) is now deemed impermissible, then, it would be a clear breach of our contract and the pre-auction confirmation given by the Government.

"In that eventually, we request that our spectrum auction payments be refunded to us with interest (as) compensation for all the capital investment made by us."

It also pointed out that the licenses allotted to the companies were specifically amended in 2008 to incorporate the right to do intra-circle roaming, without any conditions.

"We are completely astonished to hear that the Government is now considering a reversal of its earlier stated position and seeking to question the legally or permissibility of 3G ICR arrangement. This is tantamount to reneging on the Government's promises made through the technology-neutral licence and the 2008 licence amendment and the Q&A confirmations provided before the 3G auction," it added.

The Law Ministry too has supported the DoT's view that such spectrum-sharing agreements among service providers are in violation of licensing norms and conditions.
Source: PTI© Copyright 2020 PTI. All rights reserved. Republication or redistribution of PTI content, including by framing or similar means, is expressly prohibited without the prior written consent.
SHARE THIS STORY
Print this article