The government has given conditional approval to Telcordia Technologies to implement mobile number portability in India. 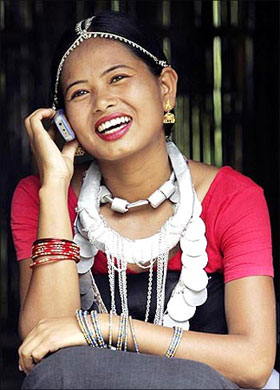 The move comes after FIPB had rejected the company's proposal on security grounds.

A senior official from the department of telecommunications (DoT) confirmed that Telcordia has been given 'conditional clearance' by the ministry of home affairs and MNP will be launched on January 20.

The Telcordia-Deepak Talwar Consultants 74:26 joint venture - MNP Interconnection Telecom Solutions (MITS) - was given license to implement MNP for the southern and eastern zones in 2009.

License for the remaining zones was given to Syniverse Technologies.

Subsequently, the ministry of home affairs had proposed to revoke the approval citing security reasons following Telcordia's contract with the Pakistan MNP database.

Deepak Talwar Consultants, in its individual capacity, had no expertise in running a telecom network.

The MNP launch in India was also delayed because the mobile operators did not have the necessary infrastructure and were reluctant to implement the same.

The government had initially set a December 31, 2009 deadline for the launch of MNP in the metros and category-A circles, and April 1, 2010 for the rest of India.

Finally MNP was launched in the Haryana circle on November 24, 2010 and the deadline for the rest of the country was fixed for January 20.

MNP would allow mobile subscribers to change their service providers while retaining their current mobile numbers.