Tata Sons will retake Air India -- the airline it founded nearly 90 years back -- as the government accepted its winning bid of Rs 18,000 crore to acquire 100 per cent of the debt-laden State-run carrier. 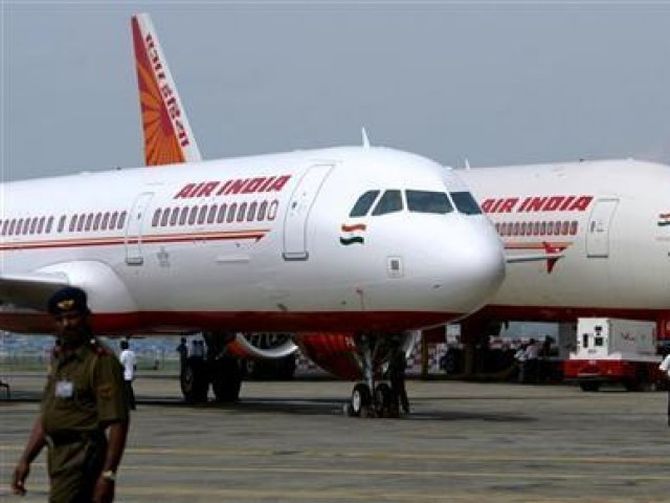 Talace Pvt Ltd, a unit of the holding company of salt-to-software conglomerate, made the winning bid of Rs 2,700 crore cash and Rs 15,300 crore debt takeover, Tuhin Kanta Pandey, secretary in the department of investment and public asset management, said at a briefing on Friday.

The transaction is targeted to be closed by December, Pandey said.

While this will be the first privatisation since 2003-04, Air India will be the third airline brand in the Tatas' stable and will give it access to more than a hundred planes, thousands of trained pilots and crew, and lucrative landing and parking slots all around the world.

The transaction does not include non-core assets including land and building, valued at Rs 14,718 crore, which are to be transferred to government's Air India Asset Holding Limited (AIAHL).

Jehangir Ratanji Dadabhoy Tata founded the airline in 1932. It was called Tata Airlines then. In 1946, the aviation division of Tata Sons was listed as Air India and in 1948, Air India International was launched with flights to Europe.

This was the third attempt to privatise Air India. With previous attempts since 2017 failing to get any significant interest and after receiving feedback from potential investors, the government in October last year sweetened the bid clause relating to the transfer of Air India's debt to the new investor, giving bidders flexibility to decide on the quantum of humongous debt they want to absorb.

The bids that came in were made up of 85:15 ratio of debt takeover and upfront cash.

Tata Sons chairman emeritus Ratan Tata tweeted an old photograph of the company's former chairman JRD Tata getting down from an Air India aircraft, minutes after Tata Sons regained control of the government airline -- nearly 70 years after its nationalisation.

"Welcome Back, Air India," he said. "The Tata Group winning the bid for Air India is great news. While admittedly it will take considerable effort to rebuild Air India, it will hopefully provide a very strong market opportunity to the Tata Group's presence in the aviation industry."

"On an emotional note, Air India, under the leadership of Mr J R D Tata had at one time gained the reputation of being one of the most prestigious airlines in the world," Tata said. "Mr J R D Tata would have been overjoyed if he was in our midst today," he said, thanking the government for its opening of select industries to the private sector.

Pandey said seven initial expressions of interest were received in December 2020 for buying the Maharaja but only two met the qualifying criteria.

Air India and its affiliate companies had a combined debt of Rs 61,562 crore as of August 31. Out of this, Tatas will take over Rs 15,300 crore debt. The remaining Rs 46,262 crore debt will go to Air India Assets Holding Ltd (AIAHL), a special purpose vehicle.

Civil Aviation Secretary Rajiv Bansal said the bidding conditions provide for Tatas to retain all employees of Air India for one year from the close of the transaction and can offer VRS in the second year.

Tatas cannot transfer the Air India brand or logo for five years and thereafter can do so only to an Indian entity.

He, however, did not give the reason for not disclosing the approval immediately after that.

"The entire disinvestment process has been carried out in a transparent manner, with due regard to confidentiality of the bidders, through multi-layered decision making involving inter-ministerial group, core group of secretaries on disinvestment and the empowered Air India Specific Alternative Mechanism at the apex ministerial level," Pandey said.

The next step will be to issue the letter of intent and then sign the share purchase agreement following which, the conditions precedent would need to be satisfied by the successful bidder, the company and the government.

It is expected that the transaction will be completed by December 2021, he added. 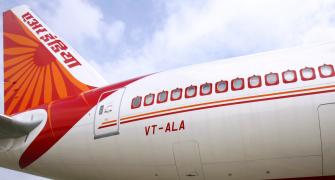 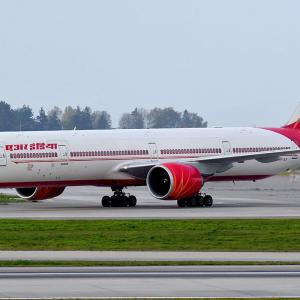