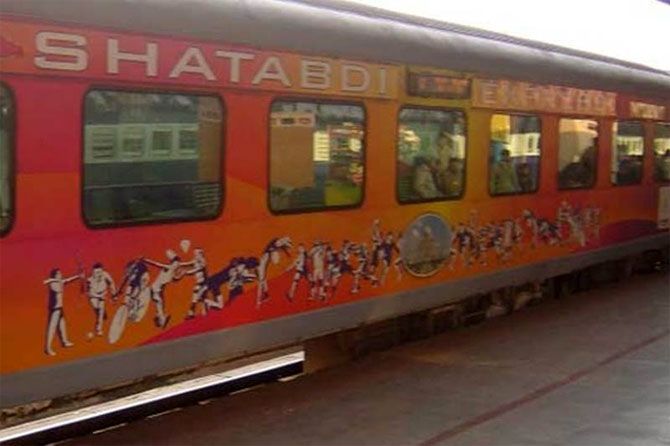 The Railways have decided to put in place the flexi fare system for premier trains - Rajdhani, Duronto and Shatabdi from September 9.

The base fare for Rajdhani, Duronto and Shatabdi trains will be on flexi fare system, according to railways.

However, there will be no change in the existing fare for 1AC and Executive Class of travel in premier trains.

While 10 per cent of the seats will be sold in the normal fare in the beginning, it will go on increasing by 10 per cent with every 10 per cent of berths sold with the ceiling limit at maximum 50 per cent depending upon the demand.

There are total 42 Rajdhani trains, 46 Shatabdi and 54 Duronto trains.

Source: PTI© Copyright 2021 PTI. All rights reserved. Republication or redistribution of PTI content, including by framing or similar means, is expressly prohibited without the prior written consent.
Related News: Shatabdi, Duronto, PTI Photo
SHARE THIS STORY
Print this article